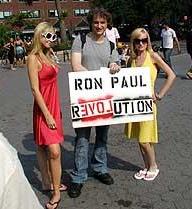 The distraction on Capitol Hill this week has to do with the jackpot bonuses that executives at AIG recently received.  The argument is over a relative drop in the bucket.  The total amount of bonuses given out was $165 million.  The government has put $170 billion into AIG so far.  Many now are demanding we get this money back.   We ought to be spending our time and effort doing something more worthwhile, like figuring out how the Federal Reserve is handling the trillions of dollars they are creating and pumping into the economy, and how that is affecting the purchasing power of dollars in your pocket.

The big mistake was appropriating the TARP funds in the first place.  A Johnny-come-lately bill of attainder won’t stop the spending epidemic.  This whole situation is a perfect demonstration of why “doing nothing” and letting failing companies fail would have been much better than sinking valuable money and resources into them.

When a company makes a profit, it is a signal that it is taking resources and increasing their value while controlling costs.  When a company operates at a loss, it is a signal that it is decreasing the value of its resources or letting out-of-control costs outstrip any value it has created.  A company operating at a loss is therefore an engine of wealth destruction.   Bankruptcies are a net positive for the economy because more productive competitors are rewarded by opportunities to buy up remaining assets at bargain prices to strengthen their operations.  In an economy that allows this kind of growth and change, any jobs lost by bankruptcy are soon replaced by new ones as the most efficiently managed businesses gain access to more assets and expand.

Bankruptcy was the stimulus that we needed in the case of AIG. More bankruptcies would clean out malinvested resources and enable economic growth again.

AIG, by losing money and maneuvering their operations to the brink of bankruptcy, was telling us that they were inefficient.  So what did we do?  We forced the taxpayer to assume the losses, and now we are supposed to be shocked that it is not working out.  Had AIG gone bankrupt, it would have been impossible to hand out these bonuses.  The taxpayer would have been fleeced for $170 billion less last year.  Had they gone bankrupt, the world would not have come to an end, it would just continue on with one less engine of wealth destruction.

We should have learned from Japan.   The 1990’s is referred to as Japan’s “lost decade” because of the zombie banks kept on life support by the Japanese government.  Any productivity was redirected through these engines of wealth destruction, resulting in long term stagnation.  We should and can avoid this outcome if we come to our senses.

A recession should be a time of strengthening and regrouping for an economy. But as long as the government insists on maintaining the status quo by propping up failed institutions, we will continue to dig a bigger hole for ourselves.
source