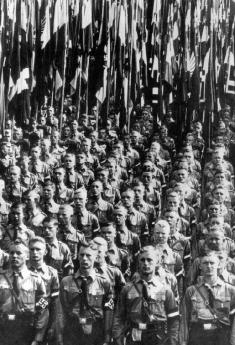 Today I got this in an email:
Concerned Citizens,

Do you love your children and grandchildren? Of course you do. Well, how would you like it if these children were forced to enter a camp at age 18, run by Michelle Obama and other government enforcers, and forced to be trained to be a "volunteer" until age 21? How would you, yourself like to look forward to retiring and devoting your time to some volunteer service of your own choosing only to be forced to enter the same kind of government camp for seniors? Does this sound suspicious to you? Me too. Especially when I learned that just such a bill has already quickly passed the House of Representatives and is scheduled to be voted on as early as next week by the Senate - with or without going to conference as is the usual protocol when it passes out of committee. This is another rush-rush effort just like the last stimulus bill was rushed to a vote before anyone had a chance to read the whole thing and really discern what was included in the bill.
This effort was called the GIVE ACT in the House which has already passed. In the Senate, it's called the SERVE ACT (#277). Besides the fact that it is a bill that would require every 18-21 year old, male and female to attend a camp and "volunteer" to be trained and taught a government-sponsored ideology, the fact that it is being rushed through the legislature and not reported on by the media, makes me extremely suspicious What's the rush and why the silence? What is in these bills that they don't want us to know about? In addition, does it make sense to spend $75 million or more a year to put our young people in camp when we're in the middle of hard economic times?
Check it out. See what you can find out. But, in the meantime, since they are trying to rush this into law before you have a chance to investigate, call your Senators and tell them to vote, "No" on Senate bill #277, telling them that you object to this bill. The people I know who have already done so have received surprised responses that they even know about the bill.
Let us BURN THE PHONES LINES tomorrow to call our Senators to demand that they NOT vote on S. 277: The Serve Act, when it reaches the floor of the Senate next week. Then, please call all your friends and ask them to do the same; then to call their friends.

When calling Congress, it is best to keep your comments short, like this:

“I am calling to ask Senator _____ to vote NO on a bill that is due to reach the Senate floor next week. The name of this bill is The Serve Act and its number is S. 277.”  That’s all you have to say; staffers are BUSY and will not ask you WHY you are stating this.

But you and I BOTH KNOW the reason: This bill is DANGEROUS for our youth, and now also for our seniors. It is not “voluntary” but “mandatory” and we want nothing to do with it!

Here is the news from the Senate Health, Education, Labor and Pensions (HELP) Committee on this new bill:

It DOES say that “retirees” can be called into service, too!!

Here is the article on Fox News about the GIVE ACT – the House version that did pass yesterday, 3/18:

Note that SOME House members ARE concerned about the ramifications of this bill on the young.

Finally, here is an article from our friends in CANADA that “spills the beans” on the REAL AGENDA behind these two bills:

Remember the regulation the Department of Defense made last week that would limit ammunition sales and drive the price up as well as create hundreds of lost jobs? It was announced on talk radio last Sunday and both ammunition makers and pro-gun sales people pounced on it, making phone calls, sending faxes, meeting with the proper people and it's now been shelved - in less than a week's time from the announcement. We need the same kind of quick action on the SERVE ACT.
Does Hitler Youth ring a bell?
But whoever causes the downfall of one of these little ones who believe in Me - it would be better for him if a heavy millstone were hung around his neck and he were drowned in the depths of the sea!" (Matthew 18:6) HCSB
Contact the Senate - through e-mails and phone calls.........
http://www.senate.gov/general/contact_information/senators_cfm.cfm

The Evil of Drafting Women (and Men)