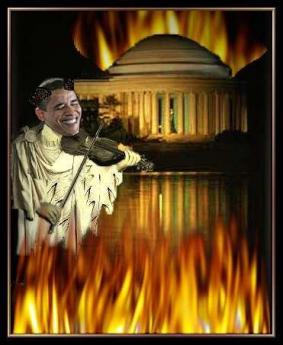 Business goes on a usual in Washington, D.C.
by Ron Paul
Last week the House passed another budget that increases federal power, raises taxes, and increases the national debt.  I voted against it, and was pleased to see that not a single Republican representative voted for it.  Legislators often see bipartisanship as constructive, but I disagree especially where the destruction of our economy or our liberty is concerned.  There has been too much bipartisan consensus on expanding government far beyond the bounds of the Constitution which we all swore to defend and uphold.  Because of this, I have never been able to vote for a budget.  However, it was good to see Republicans come together on this important vote, even if their alternative budget was almost as bad.

Despite the deterioration of our economy, this is the largest budget ever passed, at $3.6 trillion.  Gross domestic product and tax receipts are shrinking.  The government has less money to spend this year, and so it spends more - $1.5 trillion more - than it has.  When the economy expands, the government expands.  Worse, when the economy contracts, the government expands more.  Even more troubling is that even though the size of the budget boggles the mind, it is never the final word on federal spending.   No allowance has been made for future bailouts and stimulus plans that are highly likely.  There are always supplemental bills passed later in the year.  War spending is one of those.  Spending on Afghanistan is only partially included in budget, with a supplemental request expected in the future.  History shows that true costs far exceed estimates.  So even though these numbers sound appalling enough, I predict spending will top $4 trillion this year, raising the national debt by over $2 trillion when all is said and done.

Some may notice that the neo-conservatives who masterminded the policy of global interventions are not complaining about the level of military and foreign spending.  This is because rather than drawing down our costly interventions, Obama is largely staying the course on these issues.  In fact, this week a group of leading neoconservatives met to discuss how best to support the President on foreign policy!  I am disappointed and concerned that, in spite of a change in leadership, we will remain the policeman of the world, placing ourselves at grave danger in many ways.

As our mountain of debt is projected to double with the new budget, many are wondering how long our country can keep this up before serious repercussions are felt.  Obviously we can’t continue down this road indefinitely.  Certainly, no country has ever prospered when their public sector spends half or all of the nation’s GDP.  Yet we are saddled with leadership that seems unwaveringly convinced that the key to prosperity is public spending.  This will be exposed for the lie that it is when our creditors wake up and call in our debt.  The temptation at that time will be for the government to simply print up dollars in the amount needed.  This type of debt repudiation could signal the end of the dollar as its value sinks to zero.  We are seeing all the signs that this could happen.  Certainly there are no signs of the alternative, which is paying down debt and taking the path of fiscal responsibility.

Tragically, it is those who save their dollars, the most prudent and responsible among us, that will be hurt most by this irresponsibility in Washington.
source