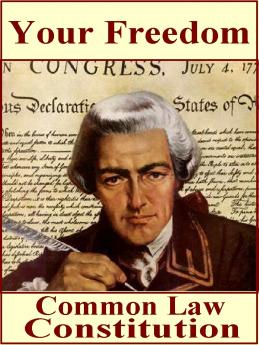 We came so close to losing it all. Day to day we have been hearing the stark predictions of famine, want, civil unrest. We see the Google maps of FEMA camps and the 1984 redux of control, reflected in the simple minded fascist edicts, for instance the Missouri Directive, issued by the of small minded bureaucrats of that state. These still have the power to shock us.

But if you really watch you will see the unfurling of freedom happening like the springtime, blossoming out from every tree. Across America something profoundly wonderful is happening. People at the most local level are taking action to return the power of governance directly to the people. Without noise or the flurries of big fundraising and from both right and left people are coming together to say NO to a government and corporate presence that is out of control.

The Feds do not want to believe it. It has put a crimp in the plans of such figures as Arnold Schwarzenegger, who still wants to be president. But it is happening.

America is returning to its roots.

Progressives and leftists are teaching classes on the Constitution, Home Rule. The Community Environmental Defense Fund offers classes on these and more. In North Carolina the Citizens College provides seminars that put county officials together with citizens so that the reasons for their decisions can be explained and questioned. Coming at the issues from very different points each step on the way is changing how Americans view the tool we know as government.

It has been a long time coming and, as Thomas Jefferson put it in the Declaration of Independence,

“Prudence, indeed, will dictate that Governments long established should not be changed for light and transient causes; and accordingly all experience hath shewn that mankind are more disposed to suffer, while evils are sufferable than to right themselves by abolishing the forms to which they are accustomed.”

But Americans have had enough suffering. As Americans wake up things will change fast. Today we understand how close we have come to losing what matters most.

Left and Right, the consciousness that corporations are fictitious constructions of government and greed is now moving into the mainstream with a revulsion that will eventually cause them to fold their tents and retreat to places unnamed. The rules and law are about to change as the Constitution is restored to use as originally intended. That will include the cessation of the fiction of corporate personhood and accompany a slap down for wrongdoings over the last two centuries of greed.

As the battles to fight off the confiscatory practices of corporations gain ground and the people take back control those responsible will learn what accountability means.

Over the last years corporations have moved to buy up everything we need to live, water, power, food, transportation, and health care. Americans are taking them back and will not take no for an answer.

Government got the idea it could sell off everything we own. You see that if you study your electric bill.

Most of the power generation facilities built were financed by government and then given to corporations who then charged us, arguably the real owners, for our power. Tax payers pay, the government turns the potential for profit over to their friends, and we pay again every month. This is why the fact there is no Statute of Limitation on fraud is a good thing.

Roads, water, your phone, your television, your automobile, the schooling your child receives that is actually propaganda, the health care that kills you but costs every cent you have. The list is seemingly endless. Add to that laws that stopped the growing of such robust and versatile crops as industrial hemp to make cotton growers happy. Government and corporations believed that absolute control was within their grasp. They were wrong.

“...when a long train of abuses and usurpations, pursuing invariably the same Object evinces a design to reduce them under absolute Despotism, it is their right, it is their duty, to throw off such Government, and to provide new Guards for their future security. ”

Springtime is renewal. Let this one take us back to community as we find the freedom for which our spirits truly hunger.

Surviving in a post-EMP world

Should I Stay or Should I Go? How to Decide Whether to Bug Out or Bug In During an Emergency

3 Compelling Reasons Preppers Should Buy a Patch of Land

SELCO: Who Will Be Dangerous and Who Can You Trust When the SHTF?

What You Need to Know About Bug Out Vehicles, Fuel, and the Energy Matrix