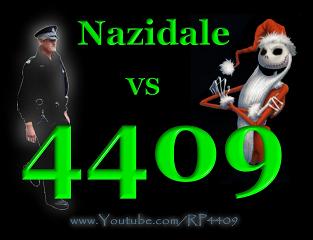 I want to thank all of my supporters. Without you I am sure the state would have railroaded me on bogus charges just like they do to people EVERYDAY. Here is the video along with the audio of the trial. You judge for yourself whether Officer English committed perjury :)
Not affiliated with the camera fraud collective, Arizonans against photo radar collective or any other subsidiary of the state :)

Where an individual is detained, without a warrant and without having committed a crime (traffic infractions are not crimes), the detention is a false arrest and false imprisonment.
Damages awarded; TREAEVANT v. CITY OF TAMPA, 241F2D.336 (11TH CIR.1984) Motorist illegally held for 23 minutes in a traffic charge was awarded $25,000 in damages. The above case sets the foundation for $75,000 dollars per hour, or $1,800,000 dollars per day.
"The Fifth Amendment provides that no person shall be compelled in any criminal case to be a witness against himself in a criminal prosecution but also privileges him not to answer official questions put to him in any other proceeding, civil or criminal, formal or informal, where the answers might incriminate him in future criminal proceedings." LEFKOWITZ v. TURLEY, 94 S. CT. 316, 414 U.S. 70 (1973)
"The privilege is not ordinarily dependent upon the nature of the proceeding in which the testimony is sought or is to be used. It applies alike to civil and criminal proceedings, wherever this might tend to subject to criminal responsibility on him who gives it. The privilege protects a mere witness as fully as it does one who is a party defendant." MC CARTHY v. ARNDSTEIN, 266 U.S. 34, 40, 45 S.CT. 16, 17, 69 L.ED. 158 (1924)
"…where the Fifth Amendment privilege against self-incrimination is involved…the court has always construed its protection to ensure that an individual is not compelled to produce evidence which later may be used against him as an accused in a criminal action… The protection does not merely encompass evidence which may lead to criminal conviction, but includes information which would furnish a link in the chain of evidence that could lead to prosecution, as well as evidence which an individual reasonably believes could be used against him in a criminal prosecution." HOFFMAN v. UNITED STATES, 341 U.S. 479, 486, 71 S.CT.814, 95L.Ed. 1, 18 (1951)
"in KASTIGAR v. UNITED STATES, 406 U.S. 441, 92 S. CT. 1653, 32 L. Ed. 212(1972), we recently reaffirmed the principle that the privilege against self incrimination can be asserted in any proceeding, civil or criminal, administrative or judicial, investigatory or adjudicatory. Id., at 444, 92 S. Ct. AT 1656; LEFKOWITZ v. TURLEY, 414 U.S. 70, 94 S. CT.316, 322, 38 L. Ed. 274 (1973).
"WE have recently noted that the privilege against self-incrimination --- the essential mainstay of our adversary system—is founded in a complex of values… To maintain a fair state individual balance, to require the government to shoulder the entire load… to protect the inviolability of the human personality, our accusatory system of criminal justice demands that the government seeking to punish an individual produce the evidence against him by its own independent labors, rather than by the cruel, simple expedient of compelling it form his own mouth… In sum, the privilege is fulfilled only when the person is guaranteed the right to remain silent unless he chooses to speak in the unfettered exercise of his own will."
"…there can be no doubt that the Fifth Amendment privilege is available outside of criminal court proceedings and serves to protect persons in all settings in which their freedom of action is curtailed in any significant way from being compelled to incriminate themselves." MIRANDA v. ARIZONA, 86 S. CT. 1602, 384 U.S. 436 (1966)
Please also NOTE: the above, as stated by the Supreme Court, are rights and privileges as guaranteed by the Constitution, and anyone (including judges) who knowingly violates those rights may be civilly and criminally liable under several federal statutes. Please see: United States Code, Title 18 Section 241 (Conspiracy against Rights), and Section 242 (Deprivation of Rights under Color of Law); Title 42 Section 1983, 1985, 1986 (Civil Rights)
Officer, I cannot and will not provide you with any information that may later be used against me in a civil or criminal proceeding. This includes producing documents that may or may not be in my possession. If there is some important information that you wish to impart upon me, please do so in a respectful manner. I do hope you will have a good day.
Respectfully submitted,
___________________________________________________, Sui Juris

Is the stereo separation part of the studio setup, or just used in encoding the video? That's an awful lot of audio information to lose.

I was glad I was there in the courtroom to witness your vindication and the spectacle of it all. Keep fighting the good fight 4409!
Make a Comment (3) • Email Link • Send Letter to Editor • View for Print