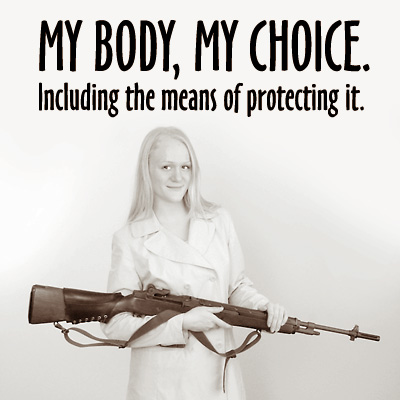 Everyone involved with the Freedom Movement understands the necessity of the Second Amendment. Freedom and gun ownership have many corollaries, being able to use one guarantees the ability to use the other.

With the advent of Ron Paul's campaign a lot of people associating with like-minded souls recaptured the idea of Freedom and showed others how to regain it. There are more people learning how necessary it is to do this all the time. Intermingled within the Freedom Movement are a lot of people very familiar with guns who would like nothing better than to show other people how to correctly use the tools they've recently acquired and help former gun users regain their efficiency. In this instance I'm referring to the Appleseed Project. Those who subscribe to or purchase Shot Gun News already know of Fred's M14's and his goal to make every citizen a rifleman. (You may adjust for political correctness as desired.)

What you'll need is a rifle and 400 rounds of ammunition for it, an open weekend, and a teachable attitude. The specifics are on line at Appleseed Project. The site map will advise you on equipment you will need, and additions that will make the weekend more rewarding. An example is the rifle itself. Any rifle that works well will do, but if it has click adjustable sights Appleseed instructors will be able to show you how to “zero in” on the target. Holding the rifle steady makes it easier to hit the target – installing a sling will help you maintain that steady hold. Appleseed instructors will show you 3 or 4 different ways to use a sling for different situations.

Appleseed instructors know their subject well and enjoy showing others what it takes to make an accurate shot. Repeatedly. They will be showing you how to break down efficient and accurate shooting of the rifle into steps to be mastered and put together. Things you can practice on your own.

The first step, though, is to attend an Appleseed Shoot in your area. They're all over the country and the latest schedule and sign-up pages are all right there on www.appleseedinfo.org

3 Comments in Response to Learn how to shoot that rifle you just bought. Attend an Appleseed Shoot weekend.

Man I know the "black guns" are intimidating but how about we show up with about 6 feet of Mosin topped with something that looks suited to spitting beef on? Man, I would so much rather be shot than be jabbed by one of those things. Even being tomohawked would be preferable than having holes jabbed in you like a pin-cussion. With really big pins.