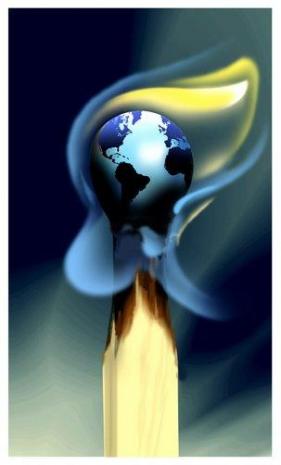 (Publisher: An Interesting email I was copied on by one of our editors)

Just thought you might like to know, Jonathan Overpeck a notable U of A researcher is featured in breaking news this week. Have you heard about the hacking at the Climate Research Unit?

This is a link to a searchable database regarding the “hacked information” from the Climate Research Unit and the supposed “peer reviewed science” on Global Warming.

Many reports in the news today that show due to the release of this information the following concerns:

I would think that an Environmental reporter, such as you would be writing about a “breaking news story” with a local connection –Jonathan Overpeck included in the emails.

Are you concerned about being “scooped” by the bloggers and other new media sources? Some of the more enlightening emails are pasted below just in case you missed the environmental story of the decade. Kathy Boatman
From Michael E. Mann:

Dear Phil and Gabi,
I’ve attached a cleaned-up and commented version of the matlab code that I wrote for doing the Mann and Jones (2003) composites. I did this knowing that Phil and I are likely to have to respond to more crap criticisms from the idiots in the near future, so best to clean up the code and provide to some of my close colleagues in case they want to test it, etc. Please feel free to use this code for your own internal purposes, but don’t pass it along where it may get into the hands of the wrong people.

The Korttajarvi record was oriented in the reconstruction in the way that McIntyre said. I took a look at the original reference – the temperature proxy we looked at is x-ray density, which the author interprets to be inversely related to temperature. We had higher values as warmer in the reconstruction, so it looks to me like we got it wrong, unless we decided to reinterpret the record which I don’t remember. Darrell, does this sound right to you?

We probably need to say more about this. Land warming since 1980 has been twice the ocean warming — and skeptics might claim that this proves that urban warming is real and important.

I’ve just completed Mike’s Nature trick of adding in the real temps to each series for the last 20 years (ie from 1981 onwards) amd from 1961 for Keith’s to hide the decline.

The fact is that we can’t account for the lack of warming at the moment and it is a travesty that we can’t. The CERES data published in the August BAMS 09 supplement on 2008 shows there should be even more warming: but the data are surely wrong. Our observing system is inadequate.

Perhaps we'll do a simple update to the Yamal post, e.g. linking Keith/s new page--Gavin t? As to the issues of robustness, particularly w.r.t. inclusion of the Yamal series, we actually emphasized that (including the Osborn and Briffa '06 sensitivity test) in our original post! As we all know, this isn't about truth at all, its about plausibly deniable accusations.

The skeptics seem to be building up a head of steam here! ... The IPCC comes in for a lot of stick. Leave it to you to delete as appropriate! Cheers Phil
PS I’m getting hassled by a couple of people to release the CRU station temperature data. Don’t any of you three tell anybody that the UK has a Freedom of Information Act !

Anyway, I wanted you guys to know that you’re free to use RC [RealClimate.org - A supposed neutral climate change website] Rein any way you think would be helpful. Gavin and I are going to be careful about what comments we screen through, and we’ll be very careful to answer any questions that come up to any extent we can. On the other hand, you might want to visit the thread and post replies yourself. We can hold comments up in the queue and contact you about whether or not you think they should be screened through or not, and if so, any comments you’d like us to include.

If FOIA does ever get used by anyone, there is also IPR to consider as well. Data is covered by all the agreements we sign with people, so I will be hiding behind them.

Can you delete any emails you may have had with Keith re AR4?

Keith will do likewise. He’s not in at the moment - minor family crisis.

Can you also email Gene and get him to do the same? I don’t

have his new email address.

We will be getting Caspar to do likewise.

I see that CA claim they discovered the 1945 problem in the Nature paper!!