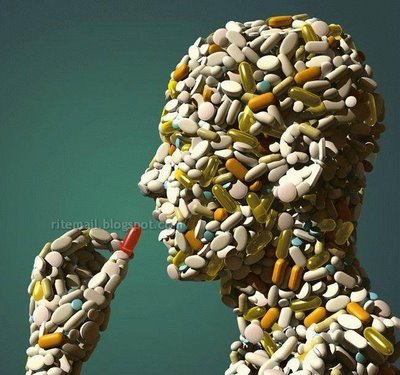 "Shut up," Jack screamed at the crows, waving his arms wildly. "Shut up, shut up!"

Only he really didn’t utter a sound. And he didn’t dare flail about either. But gawd, he hated crows. And he hated hearing their grating "caww, caw" sound twice a week from the vacant lot next to the commissary.

One really didn’t dare cause a disturbance in line, Jack knew. He felt uncomfortable even talking to people, much less screaming at crows. You really can’t risk being labeled a "disrupter," especially with a family and kids. Ever since the "commissary incidents" two years ago there were T.O.’s – Tranquility Officers – everywhere. Even if you couldn’t see them, you knew they were watching. So Jack bottled it up and just closed his eyes tightly for a second. When he opened them he shot a look of hate across the lot where the crows were perched in the bare tree above the frozen patches of ice in the empty lot. Maybe he could come back on the weekend. Maybe it would be sunny. Jack sure hoped so. And maybe the crows wouldn’t be there reminding him of the endless gray winter. But then again, maybe they would. Besides, he thought, he’d already been waiting 45 minutes and he was almost at the corner and from there it would only be another half-hour. Jack pulled his coat a little tighter and kept quiet.

Besides the thought would occasionally occur to Jack while waiting in life’s endless succession of lines, that maybe it wasn’t really the crows he hated with all his might. Maybe they were just a convenient focal point, caught in the crossfire of desolation and deprivation. Maybe it was really the "groat," the government rolled oat bread he hated. No, there was no maybe about that part. Cold, tough, stale and flavorless, two loaves twice a week. Jack knew he hated groat. From time to time he wondered why they couldn’t have real bread made out of flour like people used to eat in when he was a kid.

But that’s why there was a Food Czar, Jack knew, to figure that stuff out. He remembered watching the first Food Czar almost twelve years ago explain that sending wheat to rich Asian countries was only for the duration of the crisis, and that it was the patriotic thing to do during these times. Well, Jack thought, he was as patriotic as the next guy, even if he did join in the general discontent a few years ago when it seemed like things just kept getting worse. But he wasn’t a "disrupter" or anything like that, although he had a few nervous nights wondering if he had complained too loudly to anybody. But that was before the new Food Czar. The new Czar had been a general in the ongoing war and he looked like the kind of guy who could really get stuff done. After all, it hadn’t taken him any time at all to come up with the Recovery and Economy in Agriculture Plan, REAP, that set aside an additional 20 million acres for oat production. And he’d promised that REAP would really shorten the lines. Jack sure hoped so.

1 Comments in Response to Parallel Universes: A Winter's Tale

Looks like Charles could try his hand at a "Probability Broach" sequel.   NAC lives!