The Biggest Losers Behind the Christmas Eve taxpayer massacre at Fannie and Freddie.

Happy New Year, readers, but before we get on with the debates of 2010, there's still some ugly 2009 business to report: To wit, the Treasury's Christmas Eve taxpayer massacre lifting the $400 billion cap on potential losses for Fannie Mae and Freddie Mac as well as the limits on what the failed companies can borrow.

The Treasury is hoping no one notices, and no wonder. Taxpayers are continuing to buy senior preferred stock in the two firms to cover their growing losses—a combined $111 billion so far. When Treasury first bailed them out in September 2008, Congress put a $200 billion limit ($100 billion each) on federal assistance. Last year, the Treasury raised the potential commitment to $400 billion. Now the limit on taxpayer exposure is, well, who knows? 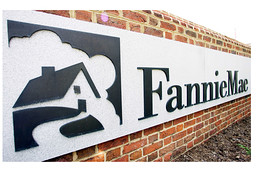 The firms have made clear that they may only be able to pay the preferred dividends they owe taxpayers by borrowing still more money . . . from taxpayers. Said Fannie Mae in its most recent quarterly report: "We expect that, for the foreseeable future, the earnings of the company, if any, will not be sufficient to pay the dividends on the senior preferred stock. As a result, future dividend payments will be effectively funded from equity drawn from the Treasury."

The loss cap is being lifted because the government has directed both companies to pursue money-losing strategies by modifying mortgages to prevent foreclosures. Most of their losses are still coming from subprime and Alt-A mortgage bets made during the boom, but Fannie reported last quarter that loan modifications resulted in $7.7 billion in losses, up from $2.2 billion the previous quarter.

The government wants taxpayers to think that these are profit-seeking companies being nursed back to health, like AIG. But at least AIG is trying to make money. Fan and Fred are now designed to lose money, transferring wealth from renters and homeowners to overextended borrowers.

Even better for the political class, much of this is being done off the government books. The White House budget office still doesn't fully account for Fannie and Freddie's spending as federal outlays, though Washington controls the companies. Nor does it include as part of the national debt the $5 trillion in mortgages—half the market—that the companies either own or guarantee. The companies have become Washington's ultimate off-balance-sheet vehicles, the political equivalent of Citigroup's SIVs, that are being used to subsidize and nationalize mortgage finance.

This subterfuge also explains the Christmas Eve timing. After December 31, Team Obama would have needed the consent of Congress to raise the taxpayer exposure beyond $400 billion. By law, negative net worth at the companies forces them into "receivership," which means they have to be wound down.

Unlimited bailouts will now allow the Treasury to keep them in conservatorship, which means they can help to conserve the Democratic majority in Congress by increasing their role in housing finance. With the Federal Reserve planning to step back as early as March from buying $1.25 trillion in mortgage-backed securities, Team Obama is counting on Fan and Fred to help reflate the housing bubble.

That's why on Christmas Eve Treasury also rolled back a key requirement of the 2008 bailout—that Fan and Fred begin shrinking the portfolios of mortgages they own on their own account, which total a combined $1.5 trillion. Risk-taking will now increase, so that the government can once again follow Barney Frank's infamous advice that the companies "roll the dice" on subsidies for affordable housing.

All of which would seem to make the CEOs of Fannie and Freddie the world's most overpaid bureaucrats. A release from the Federal Housing Finance Agency that also fell in the Christmas Eve forest reports that, after presiding over a combined $24 billion in losses last quarter, Fannie CEO Michael Williams and Freddie boss Ed Haldeman are getting substantial raises. Each is now eligible for up to $6 million annually.

Freddie also has one of the world's highest-paid human resources executives. Paul George's total compensation can run up to $2.7 million. It must require a rare set of skills to spot executives capable of losing billions of dollars.

Where is Treasury's pay czar when we actually need him? You guessed it, Fannie and Freddie are exempt from the rules applied to the TARP banks. The government gave away the game that these firms are no longer in the business of making profits when it announced that the CEOs will be paid entirely in cash, though it is discouraging that practice at other big banks. Who would want stock in the Department of Housing and Urban Development?

Meanwhile, these biggest of Beltway losers continue to be missing from the debate over financial reform. The Treasury still hasn't offered its long-promised proposals even as it presses reform on banks that played a far smaller role in the financial mania and panic. Senate Banking Chairman Chris Dodd (D., Conn.) and ranking Republican Richard Shelby recently issued a joint statement on their "progress" toward financial regulatory reform, but their list of goals also doesn't mention Fannie or Freddie.

Since Mr. Shelby has long argued for reform of these government-sponsored enterprises, their absence suggests that Mr. Dodd's longtime effort to protect Fan and Fred is once again succeeding. It would be worse than a shame if, having warned about the iceberg for years, Mr. Shelby now joins Mr. Dodd in pretending that these ships aren't sinking.

In today's Washington, we suppose, it only makes sense that the companies that did the most to cause the meltdown are being kept alive to lose even more money. The politicians have used the panic as an excuse to reform everything but themselves.