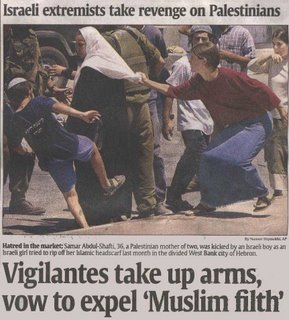 Adalah, meaning justice in Arabic, is the legal center for Arab Minority Rights in Israel advocating through Israeli Supreme Court petitions; lawsuits and appeals to the District, Magistrate and Labor Courts; pre-petitions to the Attorney General; and various other ways to serve its constituency in a nation where only Jews have rights.

It also prepares publications and reports on vital issues of concern to Palestinians, including two recent ones on the theft of their property, an ongoing international law violation since Israel's "War of Independence" - a six-month atrocity that expelled about 800,000 people, massacred many others, destroyed 531 villages, 11 urban neighborhoods in cities like Tel-Aviv, Haifa and Jerusalem, and stole 78% of historic Palestine as the first step toward seizing it all for exclusive Jewish use.

For over 60 years, Israel has done it ruthlessly, incrementally, systematically, and illegally, intending at most to leave Palestinians cantonized and surrounded in the least valued portions, the rest being exclusively for Jews.

This writer addressed Israel's discriminatory land policies in a previous article, part of which is repeated below as an introduction to what follows.

Shortly after its "War of Independence," laws were passed to legitimize Palestinian land seizures for exclusive Jewish use.

The June 1948 Abandoned Areas Ordinance referred to "any area or place conquered by or surrendered to armed forces or deserted by all or part of its inhabitants." It gave the Israeli government exclusive jurisdiction rights, including "expropriation and confiscation (authority over) movable and immovable property, within any abandoned area." It meant displaced Palestinians were prohibited from returning and claiming their property that by law was no longer theirs.

The September 1948 Area of Jurisdiction and Powers Ordinance stated that "Any law applying to the whole of the State of Israel" applies as well "to the whole of the area including....any part of Palestine which the Minister of Defence has defined by proclamation as being held by the Defence Army of Israel." It meant that Palestinians lost all rights and were subject to whatever laws Israel enacted.

In March 1950, the Absentees' Property Law (ABL) defined an absentee as:

The ABL transfered property owner rights to a Custodian of Absentee Property. It made him liable to the real owner for the value, but prohibited the return of his land. Israeli law assured that Palestinians remaining in Israel, relocated and declared "Absentees," no longer were rightful owners of their own property.

In July 1950, The Development Authority (Transfer of Property) Law was a legal ploy to shield Israel from being accused of having confiscated abandoned Palestinian land and whatever was on it.

The Development Authority (DA) was established as an independent body to buy, sell, lease, exchange, repair, build, develop and/or cultivate seized property. Henceforth, only transactions between Jews or a Jewish entity were allowed. It was understood that "under no circumstances should the (expelled) Arabs return to Israel."

In July 1960, Israel Lands Administration Law established an "Israel Lands Administration (ILA)." At the same time, Israel's Basic Law affirms that "ownership of Israel Lands, being the lands in Israel of the State, the Development Authority or the Keren Kayemet Le-Israel (KKL - Jewish National Fund, JNF), shall not be transferred either by sale or in any other manner." Lands were defined to mean "land, houses, buildings and any thing permanently fixed to land."

On its web site, the ILA states that it controls 93% of Israeli land as "public domain; that is, either property of the state, the Jewish National Fund (JNF) or the Development Authority (DA)." The ILA "is the government agency responsible for managing this land which comprises 4,820,500 acres (19,508,000 dunams). 'Ownership' of real estate usually means leasing rights from the ILA for 49 or 98 years."

-- the 1960 "Covenant between the State of Israel and the World Zionist Organization (Jewish National Fund)."

The ILC is comprised of 22 members, 12 from government ministries and 10 representing the JNF.

-- assuring that national land use conforms with Israeli laws;

-- making them available for public use;

-- authorizing contracts and agreements with other parties; and

-- providing services to the general public.

-- assuring the availability of land reserves for future needs;

-- administering land use in accordance with the law; and

Overall, Israeli laws and ILA policy prohibit Arabs from buying, leasing or using land exclusively reserved for Jews. On May 21, 1997, Israel's largest circulation newspaper, Yediot Ahronot, quoted Yassar Arafat saying: "Israel has always confiscated land from Arabs and dispossessed them of the property. The land always goes from Arabs to the Jews," and he called Palestinians who sell their land to Jews traitors.

Adalah's September 2009 report titled, "From Plunder to Plunder: Israel and the Property of the Palestinian Refugees" explained that Tel-Aviv violates international (and its own) laws that let a state freeze "enemy" refugees' land during time of war, but prohibits its expropriation. Nations must safeguard this property, then return it at the end of conflict.

More than once, Israeli courts affirmed this, but in recent seizures, Israel violated their rulings and committed plunder in violation of the 1907 Hague Convention's Regulation 46 that explicitly prohibits expropriation.

More recently on August 3, 2009, the Knesset authorized a new form of plunder by passing the Israel Land Administration Law (the new Land Reform Law - LRL) that will begin a land privatization process in built-up areas and others earmarked for development. Around 800,000 dunams are involved or about 4% of Israeli territory that includes many properties belonging to Palestinian refugees inside Israel, the Territories, and the Golan, currently held by the Custodian of Absentees' Property and the Development Authority.

This action will deny refugees any hope of recovering their property and will violate their legal rights under international and Israeli laws. Adalah says it's not just to preserve a Jewish majority, but also to legitimize "historical injustices," the permanence of "Palestinian refugeeness," and the "continued perpetration of injustices."

This practice is excluded from public discourse, yet Israelis are puzzled by Palestinians' reluctance to recognize Israel as a Jewish state. It denies the "Nakba," prohibits Israeli Arabs from commemorating it, yet wants its victims to recognize its own legitimacy under laws and practices that violate "international humanitarian law pertaining to the rights of the Palestinian refugees," its own Arab citizens, and all Palestinians in the Territories.

Adalah's November 2009 report is titled, "Defend Rights as Well as Sites: Israel's Attempt to Evacuate and Destroy an Arab Bedouin Village in the Naqab (Negev).

Over two years ago, this writer addressed the plight of tens of thousands of Bedouin Israeli citizens in so-called "unrecognized villages" in the Galilee and Negev desert, declared illegal under Israeli law. They're "unrecognized" because their inhabitants are considered internal refugees, forced to flee during Israel's "War of Independence," and were prohibited from returning when it ended.

Israel's 1965 Planning and Construction Law delegitimated them to establish a regulatory framework and national plan for future development by zoning land for residential, agriculture and industrial use. As a result, it forbade unlicensed construction, banned it on agricultural land, and stipulated where Jews and Arabs could live.

Existing communities are circumscribed on a map with blue lines around them. Areas inside can be developed. Those outside cannot. Jewish communities have great latitude to expand. Palestinian ones do not. Their land was zoned as agricultural, meaning construction is forbidden. As a result, entire communities became "unrecognized," and all structures in them illegal, including 95% of those built before the 1965 law. They may be demolished and their inhabitants displaced at the whim of Israeli officials to make it available for exclusive Jewish use.

-- only Bedouins with wells have clean water;

-- many have no bathrooms, and permits aren't issued to build them;

-- only residents with private generators have electricity, enough only for lighting;

-- no village is connected to the main road network;

-- some villages are fenced in prohibiting their residents from accessing their traditional lands;

-- most children are denied education; and

-- when home demolitions are ordered, Palestinians must do it themselves or be fined for contempt of court and face up to a year in prison; they may also be assessed when Israeli bulldozers do it, effectively penalizing them twice.

One targeted village is Atir-Umm al-Hieran, lying 50 km north of Avdat. It was established in 1956 by authorization of the military government under which Israeli Arabs were governed at the time. Today its 1,000 residents have no other home, yet are faced with eviction, a process that began in early 2004 when they got letters demanding their evacuation, followed by state requested demolition orders.

In lawsuits to the Be'er Sheva Magistrate's Court, its residents were called "intruders (and) trespassers" without citing why they should be evicted.

In August 2009, the Court accepted two eviction claims, ordered the affected families from their homes, and began a process of removing dozens more, perhaps all 1,000 before completed.

On October 21, Adalah appealed, presenting numerous claims, the central one being that the Court:

"should have rejected the eviction orders when it was established that the villagers were not invaders, but had, in fact, been living in the village after they were ordered by the state to move there in the 1950s. Since the state did not (cite) any public interest (to evict them), other considerations should have been brought to bear, which can be summed up in one word: justice."

Atir-Umm al-Hieran residents have lived there for over 50 years, were authorized to do so by the military government, have invested in their properties and lives ever since, and have a legal right to retain what they own and developed.

During Court proceedings, it was learned that Israel wants their land for a new Jewish community, named Hiran, which, of course, will be exclusively for Jews.

Israel's Goldberg Committee considered an early 2008 submission by the Centre on Housing Rights and Evictions (COHRE) under the provisions of Cabinet Resolution No. 2491, dated October 28, 2007, that states:

COHRE expressed concern about forced evictions, home demolitions, and various other matters relating to the security and welfare of Bedouin residents. It urged the Goldberg Committee to assure "the human dignity of the Bedouin inhabitants, based on respect for their inalienable human rights." The Committee's report recommended that Negev "unrecognized" villages be recognized.

Nonetheless, the entire Atir-Umm al-Hieran village may be leveled, its residents systematically evicted to make way for a planned Jewish community. According to Adalah, public apathy about this is shocking, hypocritical, and downplayed in popular discourse, the way it always is on issues concerning Arabs in a state favoring Jewish interests alone.