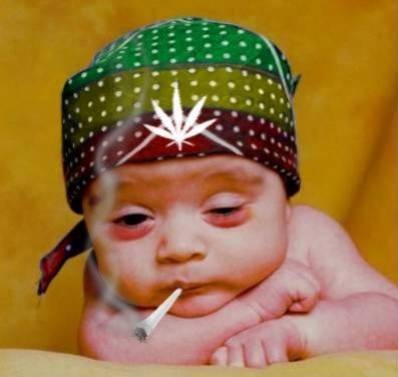 All 9/11 Airports Serviced by One Israeli Owned Company
.http://whatreallyhappened.com/WRHARTICL ES/ICTS.html

Chertoff, the Mossad connection with the 9/11 attacks.
http://www.rense.com/general64/moss.htm

Besides the anamolies raised in the video, there is also the case of "hero" Jasper Schuringa's account of how he subdued Mutallab: "As the plane neared its destination of Detroit, Michigan, he heard a pop that sounded like a firecracker going off, and someone started yelling: "Fire! Fire!"

"Around 30 seconds later the smoke started to fill up on the left side beneath this person," he said.
"I basically reacted directly. I didn't think." He jumped over the passenger next to him and lunged over Abdulmutallab's seat, "Because I was thinking he's trying to blow up the plane, and I was trying to search his body for any explosives." "I pulled the object from him and tried to extinguish the fire with my hands and threw it away. Just to be sure I grabbed him with another attendant and we took him to first class and there we stripped him and contained him with handcuffs and we made sure he had no more weapons, no more bombs on him." "The whole plane was screaming. The suspect, he didn't say a word." Schuringa said other passengers applauded as he walked back to his seat.

Jasper Schuringa's camera image of Mutallab as he is taken off the plane. According to reports Schuringa was on his way to visit an 'Israeli friend', Shai Ben-Ami who owns a restaurant in Miami. The flight landed at around noon on Christmas day, and by that afternoon Ben-Ami had become Schuringa's impromptu PR manager, aggressively negotiating fees for interviews and the couple of cell phone pictures that Schuringa had taken of Mutallab as he was being taken off the plane.

Eyewitnesses on the flight also reported that after Mutallab was taken off the plane the FBI arrested another Indian-looking man in Detroit airport. The FBI has since denied that anyone else was involved.

Patricia Keepman was on the flight with her husband, daughter and two new adopted children, reported that they were sitting 20 rows behind Mutallab. Her daughter said that ahead of them was a man who videotaped the entire flight, including the attempted detonation. "He sat up and videotaped the entire thing, very calmly," said Patricia. So where is this 3rd mystery man? The FBI can't find him although they quarintied the entire flight's passengers? How hard would it have been to investigate everyone with a video camera on their carry on luggage?

According to CNN, the knicker bomber's father contacted the U.S. Embassy in Nigeria recently with concerns his son was planning something, that he had become "radicalized". His pleas apparently fell on deaf ears.

Coincidentally, the Orwellian Patriot Act, passed on the back of the 9/11 attacks, is up for either renewal or trash-canning in a couple of weeks. What luck then for Obama, who is secretly very fond of such draconian powers, that the knicker bomber happened along, because there is now a very good chance that the Patriot Act will not only be enthusiastically renewed, but unanimously so.

There is no chance however that any of these troubling details will be discussed by the mainstream media, because none of them are relevant to the story that the US and Israeli governments want us to believe: Yemen is crawling with "al-Qaeda"!!

And they shall reign supreme!  Too bad that, by the time the ZioNazis accomplish that, there won't be anything left to reign over.

John Garand: The Forgotten History of the Man Who Invented the Iconic M1 Garand Rifle

'This is a whole new level':

These Are The Cities With The Most Self-Employed Workers