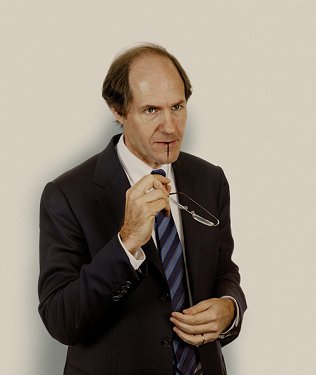 cass Sunstein conspiracy infiltrating
"We ought to ban hunting"

- Cass Sunstein, in a 2007 speech at Harvard University

"[A]lmost all gun control legislation is constitutionally fine. And if the Court is right, then fundamentalism does not justify the view that the Second Amendment protects an individual right to bear arms. "

- Cass Sunstein, writing in his book, "Radicals in Robes"

"Animals should be permitted to bring suit, with human beings as their representatives …"

"[Humans’] willingness to subject animals to unjustified suffering will be seen … as a form of unconscionable barbarity… morally akin to slavery and the mass extermination of human beings."

- Cass Sunstein, in a 2007 speech at Harvard University

"[T]here should be extensive regulation of the use of animals in entertainment, in scientific experiments, and in agriculture."

"A system of limitless individual choices, with respect to communications, is not necessarily in the interest of citizenship and self-government."

-Cass Sunstein, arguing for a Fairness Doctrine for the
Internet in his book, Republic.com 2.0 (page 137).

Sunstein defined a conspiracy theory as "an effort to explain some event or practice by reference to the machinations of powerful people, who have also managed to conceal their role."

Some "conspiracy theories" recommended for ban by Sunstein include: "The theory of global warming is a deliberate fraud."

"The view that the Central Intelligence Agency was responsible for the assassination of President John F. Kennedy."

"The Trilateral Commission is responsible for important movements of the international economy."

"That Martin Luther King Jr. was killed by federal agents."

"The moon landing was staged and never actually occurred."
Daniel Kahneman & Cass R. Sunstein, Indignation: Psychology, Politics, Law.
Moral intuitions operate in much the same way as other intuitions do; what makes the moral domain is distinctive is its foundations in the emotions, beliefs, and response tendencies that define indignation. The intuitive system of cognition, System I, is typically responsible for indignation; the more reflective system, System II, may or may not provide an override. Moral dumbfounding and moral numbness are often a product of moral intuitions that people are unable to justify. An understanding of indignation helps to (...) explain the operation of the many phenomena of interest to law and politics: the outrage heuristic, the centrality of harm, the role of reference states, moral framing, and the act-omission distinction. Because of the operation of indignation, it is extremely difficult for people to achieve coherence in their moral intuitions. Legal and political institutions usually aspire to be deliberative, and to pay close attention to System II; but even in deliberative institutions, System I can make some compelling demands.


Cass R. Sunstein (2006). Deliberating Groups Vs. Prediction Markets (or Hayek's Challenge to Habermas). Episteme 3 (3).
: For multiple reasons, deliberating groups often converge on falsehood rather than truth. Individual errors may be amplified rather than cured. Group members may fall victim to a bad cascade, either informational or reputational. Deliberators may emphasize shared information at the expense of uniquely held information. Finally, group polarization may lead even rational people to unjustified extremism. By contrast, prediction markets often produce accurate results, because they create strong incentives for revelation of privately held knowledge and succeed in aggregating widely (...) dispersed information. The success of prediction markets offers a set of lessons for increasing the likelihood that groups can obtain the information that their members have. (shrink)
Jürgen Habermas in 20th Century Philosophy


Cass R. Sunstein (2005). Cost‐Benefit Analysis and the Environment. Ethics 115 (2).
Value Theory
Cass R. Sunstein (2005). Moral Heuristics. Behavioral and Brain Sciences 28 (4):531-542.
With respect to questions of fact, people use heuristics – mental short-cuts, or rules of thumb, that generally work well, but that also lead to systematic errors. People use moral heuristics too – moral short-cuts, or rules of thumb, that lead to mistaken and even absurd moral judgments. These judgments are highly relevant not only to morality, but to law and politics as well. Examples are given from a number of domains, including risk regulation, punishment, reproduction and sexuality, and the (...) act/omission distinction. In all of these contexts, rapid, intuitive judgments make a great deal of sense, but sometimes produce moral mistakes that are replicated in law and policy. One implication is that moral assessments ought not to be made by appealing to intuitions about exotic cases and problems; those intuitions are particularly unlikely to be reliable. Another implication is that some deeply held moral judgments are unsound if they are products of moral heuristics. The idea of error-prone heuristics is especially controversial in the moral domain, where agreement on the correct answer may be hard to elicit; but in many contexts, heuristics are at work and they do real damage. Moral framing effects, including those in the context of obligations to future generations, are also discussed. (shrink)


Cass R. Sunstein (2005). On Moral Intuitions and Moral Heuristics: A Response. Behavioral and Brain Sciences 28 (4):565-570.
Moral heuristics are pervasive, and they produce moral errors. We can identify those errors as such even if we do not endorse any contentious moral view. To accept this point, it is also unnecessary to make controversial claims about moral truth. But the notion of moral heuristics can be understood in diverse ways, and a great deal of work remains to be done in understanding the nature of moral intuitions, especially those that operate automatically and nonreflectively, and in exploring the (...) possibility of altering such intuitions through modest changes in context and narrative.

News Link • According to Morpheus