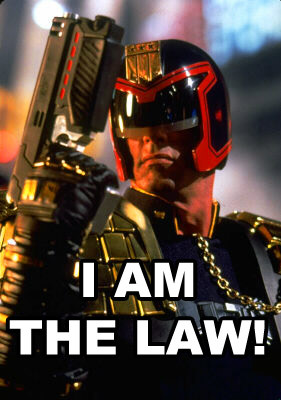 A small firestorm erupted in the gun-owner community in Texas this past weekend. Visitors to the Austin gun show were met with this flier:

Calls to talk shows created a firestorm. Texas firearms forums are outraged that this could happen. Charles Cotton, attorney and head of the Texas State Rifle Association, is investigating. There is nothing illegal which would otherwise prevent selling a firearm person-to-person in Austin, TX without an FFL doing an NICS background check.

Darwin Boedeker, owner and promoter of Texas Gun Shows (http://texasgunshows.net/default.aspx), went on the radio today for more than 2 hours to tell his side of the story about what happened. I'm pasting the show in YouTube radio broadcast segments below.

The Austin PD called Darwin asking to have a meeting last Thursday. The building housing the gun show is owned by Wal-Mart and the primary lease holder is HEB. The HEB employee responsible for that building attended. There were several APD detectives and an ATF agent. They told Darwin that they would like for him to follow their suggestions, which were to ban otherwise legal firearms sales except through FFLs. The police then threatened Darwin that there were pending investigations into his business for activity over the last 10 years of allegedly allowing sales to ineligible buyers. However, Darwin's business just started operating in Austin after a different company, Saxet Gun Shows, quit putting on shows in Austin. Darwin responded by asking them if they were aware that his company, Texas Gun Shows, is different than Saxet Gun Shows, which is who they were talking about. APD didn't even realize this and were confused for a bit. Then APD put pressure on the HEB representative, and together the APD, ATF and HEB representative told Darwin that he would not be allowed to open the show if he did not follow their recommendations, which were to create the flyer you've seen and ban sales that didn't accompany an NICS check.

APD and the ATF have no statutory authority to threaten Darwin and order him around like they did. Two of Darwin's biggest vendors canceled and he expects attendance to be down by over 50% next month. This guy needs our support. He is a 2nd Amendment supporter and is running a family business. The ATF and APD are basically destroying his business with their unlawful "suggestions". Nothing that he is doing is illegal. He is not charged with any crime, but the police are unlawfully threatening outside a court to literally shut down his business unless he does what they want. He said that he will not be able to stay in business if this continues. If you are around Austin, we need to go to the next show February 20/21 and not let them kill the Austin gun show. If you are not in Texas, be vigilant for the ATF and local police trying to do this in your town.

The police also made a big scene at the gun show to intimidate people. A vendor was placed in handcuffs by APD and lead through the crowd for everyone to see. He was taken outside but was later released and not arrested. Boedeker said he believes this stunt was preformed in order to intimidate gun buyers and scare people away.

Police, under the direction of ATF, told Boedeker he would be required to follow their “recommendations” or they would close down his event. Boedeker said he was told “you do what we say or we shut you down.” He said the ultimatum was recorded by the police and ATF.

5 Comments in Response to PURE THUGGERY! BATF & Austin PD attempt to shut down gun shows by threats and false arrests.

I would recommend that any person or group planning a gun show post the law rather than the recommendations. This means make huge posters and place them all around the gun show, as well as in advertisements, telling what the Constitution says and what the local/federal laws ALLOW. This will encourage buyers and gun show vendors, and empower the people by battling this racketeering before it ever starts.

Take a healthy drink of Founding Father and get on the ball! The people need you now more than ever!!

We have Terrorist organizations in America and they are called the IRS, the BATF, and FEMA. Detention Camps built so we can be Detained, without any trials, to disappear when convienient, and Americans sit back with apathy, and won't believe  us. We must Restore our Rights, starting with Recalling Obama, and elect an American as our president.

Humm....again....we are seeing no reason for this and....those that try to muscle their power will soon regret it. The day will come when all those in Government will be running like rabbits. The BATF and others will arrested and put in front of a firing squad....They are the domestic enemy brainwashed and sold their souls to something higher they believe than the Constitution!

There seem to be both criminal and civil implications for BATFE here.

I suppose one could explain this in terms of a mission replacing the law. This mission is to disarm, whatever the law. And their rules of engagement are severe. Everything that lives or breathes is a fair target for them.