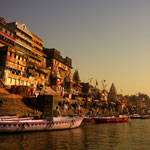 01/19/10 Waterford, Ireland – Oh happy days are here again. Obama is going to get our money back from the banks. Jeffrey Sachs is telling Haiti how it can get its economy back in order (with other people’s money, naturally). And Thomas Friedman is offering investment advice.

This should be fun. We’re all on the bus…and it’s driven by the blind, the deaf and the very dumb. Oh, sorry, we meant the visually impaired…the hearing impaired…and the mentally deficient.

Friedman is, as we all know, full of advice on just about everything. He advises finance ministers on how to soup-up their economies. He advises the Arab world on how to update its religious institutions. He advises whole nations on how to improve the future before it happens.

And here he is now counseling Mr. James Chanos, noted short seller, on how to make money:

“China’s markets may be full of bubbles ripe for a short-seller, and if Mr. Chanos can find a way to make money shorting them, God bless him. But after visiting Hong Kong and Taiwan this past week and talking to many people who work and invest their own money in China, I’d offer Mr. Chanos two notes of caution.”

First, he says: “Never short a country with $2 trillion in foreign currency reserves.”

Typically, investment wisdom evolves over generations of trial and error. People come to see what works and what doesn’t and pass on this wisdom in the form of cautionary rules. But how many times have investors shorted a country with $2 trillion in foreign currency reserves? Where does this wisdom come from? Not from experience. Nor from any theory we’ve ever heard. Which makes Freidman’s first bit of advice no better and no worse than every other bit of advice he’s given over the years.

It’s his second bit of counsel that causes muscle cramps:

“Second, it is easy to look at China today and see its enormous problems and things that it is not getting right. For instance, low interest rates, easy credit, an undervalued currency and hot money flowing in from abroad have led to what the Chinese government Sunday called ‘excessively rising house prices’ in major cities, or what some might call a speculative bubble ripe for the shorting. In the last few days, though, China’s central bank has started edging up interest rates and raising the proportion of deposits that banks must set aside as reserves – precisely to head off inflation and take some air out of any asset bubbles.

“And that’s the point. I am reluctant to sell China short, not because I think it has no problems or corruption or bubbles, but because I think it has all those problems in spades – and some will blow up along the way (the most dangerous being pollution). But it also has a political class focused on addressing its real problems, as well as a mountain of savings with which to do so (unlike us).”

We can hardly type the sentence. Our diaphragm is contracting in such spasms of delighted cynicism; our fingers shake…our brain recoils.

Yes, dear reader, China’s political class – communists, remember – is going to solve the problems of a dynamic, market economy headed for a blow up.

That settles it for us. We have friends on both sides of this play. Jim Rogers is long China. Others are short. But Mr. Friedman has just given us the Sell Signal of All Time. Every smart investor on the planet – all two or three of them – should short China now. If Friedman is long; you have to be short. Heck, even the angels are selling their China shares and the gods themselves are calling their brokers.

“I’d rather bet against the euro,” he says.

Well, there you have it. A buy signal for the euro.

That’s as deeply as most analysts care to think about the subject. If no one stands behind the euro, it must be a weak currency. If it is weak, it must be weak as compared to something. The dollar, for example.

Here at The Daily Reckoning, we think the typical analyst errs. As for Friedman, he is beyond error. Mistakes only happen to people who bother to think about things enough to make the wrong choices. Friedman thoughts are not that profound. He errs like a squirrel or a donkey errs, not by thought but by instinct. He is wrong, not by accident, in other words, but by design; he is made for it.

Friedman’s pensée is not prone to error; it is fundamentally flawed, like a kitchen sink that is plumbed backward. You turn on the cold water, and it comes bubbling up out of the drain. You turn on the hot water and you hear Frank Sinatra.

How else could a walking, talking human being believe such preposterous and foolish things? Don’t bet against China because its political class is focused on its problems? Oh stop…our stomach muscles can only take so much… Economic problems, meltdowns, and crises can be caused by politicians; there is not a single example in the historical record where they have cured these problems. (The only exception is when they stop doing damage…temporarily, like a boxer who lets an opponent get up from the mat before slugging him again.)

Which brings us back to the euro. The continental currency is despised for the wrong reason: because no nation is actually capable of beating it up. All the world’s other paper currencies are controlled by people intent on weakening…or destroying them. The euro’s out of the ring…controlled by…well, no one in particular. It’s run by a group of countries that can’t agree on how to ruin it. The euro benefits from eurosclerosis. The Irish and Greeks want a weaker currency. The Germans want to keep it strong. The French can’t decide what they want. Result: paralysis. No one will rush to save the euro. But no one will rush to kill it either.

Besides, if Friedman is agin’ it…we’re for it.

The Long and Short of Investing in China was originally published in The Daily Reckoning on 1/19/10.