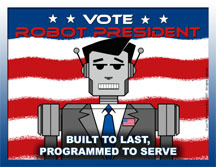 For the moment, millions of Haitians don't matter. For Washington and the West, they never did and don't now. It's pretense, a topic a forthcoming article will explore.

Today, however, the Massachusetts political earthquake takes precedence, and headlines explain it.

From the Boston Globe:

"Big win for Brown....Voter anger caught fire in final days." How can it be, asks the Globe, that "an obscure state senator with an unremarkable record" (became) a household name across the country by the end of the abbreviated campaign."

From the Financial Times:

"Democrats suffer blow in Massachusetts vote (sustaining) a humiliating defeat....in one of (America's) most liberal states."

From the New York Times:

"In epic Upset, GOP's Brown Wins Mass. Senate Race (riding) a wave of voter anger to win the US Senate seat held by the late Edward M. Kennedy for nearly half a century....marring the end of (Obama's) first year in office" in a state where registered Democrats outnumber Republicans three to one, and has as many independents as both parties combined. They likely made the difference.

From the Wall Street Journal:

"Republican Victory Upends Senate....Independent Voters Abandon Democrats....Americans Weary of Government Intervention," and an op ed headlining "Blame the Left for Massachusetts," typical Journal blather blaming Democrat defeat not on "the messenger, but the message - and the sooner progressive Democrats face up to that fact, the better."

According to the Journal, the message is leftist, never mind that throughout Obama's first year, he's been solidly pro-Wall Street, pro-Big Pharma, pro-the insurance lobby, pro-war profiteers, and pro-business overall, Republican credentials in all but name.

Brown's victory margin was 52% - 47%, and given the state's poor weather and fact that it was a special election, turnout was remarkably strong - the highest in any Massachusetts non-presidential general election in 20 years. The defeat stuns Democrats given the stakes for Obama's agenda, now that his Senate supermajority is lost.

Consider also that in the 2008 election, he carried the state by 26 points, and it's solidly Democrat. The party holds large majorities in both houses. The governor is a Democrat, and for the most part, Republicans are unloved in a state far less liberal than commonly believed. Not this time, so at issue is why.

At one point Democrat Martha Coakley (state Attorney General) held a 31 point lead, yet managed to lose it in weeks, an astonishing reversal any time, let alone one this short.

According to the Boston Globe, angry voters "sent Washington a ringing message....Enough." Perhaps so, yet unexplained is their overnight change of heart and the fact that Massachusetts elects so few Republicans. Henry Cabot Lodge, Jr. was its last senator, a seat he lost to John Kennedy in 1952, and the one brother Ted held from 1962 until his 2009 death.

Perhaps so based on his voting record, overwhelmingly hard-right, including public support for waterboarding, other enhanced interrogation methods, and no constitutional rights for "enemy combatants."

Brown's also for tax cuts for the rich, or in his own words:

"I am a free enterprise advocate who believes that lower taxes can encourage economic growth."

In other words, for business, not the most needy. He also opposes taxing big banks, and since January 12 has been against Red Cross aid to help Haitians post-quake.

He provided no healthcare for his campaign staffers and opposes government involvement in delivering it. On his web site he says:

"I believe that all Americans deserve health care coverage, but I am opposed to the health care legislation that is under consideration in Congress and will vote against it. It will raise taxes, increase government spending and lower the quality of care, especially for elders on Medicare. I support strengthening the existing private market system with policies that will drive down costs and make it easier for people to purchase affordable insurance."

Of course, leaving healthcare in private hands is the problem, not the solution. Neither is Obamacare - legislation that will ration it, raise costs, enrich insurers, drug companies and large hospital chains, and take a giant step toward destroying Medicare, a position Republicans and Democrats endorse.

Brown also supports the right to keep and bear arms, tough crime fighting measures, the death penalty, marriage between men and women only, and Israel, stating:

"Israel has made enormous sacrifices in an attempt to secure peace....I support a two-state solution that reaffirms Israel's right to exist....Israel lives every day under the threat of terror yet shares with America a dedication to democratic ideals, a respect for faith, and a commitment to peace in the region."

In fact, Israel from birth chose violence, not peace; confrontation, not diplomacy; and strength through militarism, intimidation, and naked aggression. Its agenda is repugnant, indefensible, destructive and malignant. It ruthlessly occupies the West Bank, strangles Gaza under siege, expropriates Palestinian land, practices torture as state policy, and denies its own Arab citizens rights afforded only to Jews.

It menaces its neighbors and humanity with a Zionist ideology advocating oppression, dispossession, Jewish exceptionalism, and racism, yet presidents, the entire Senate, and most House members pledge support, Democrats and Republicans.

Brown also "support(s) the bi-partisan Iran sanctions bill and believe(s) that until Ahmadinejad gives up his nuclear ambitions he should be isolated from the rest of the world. With its reckless pursuit of nuclear weapons, Iran represents the biggest threat to Israel....A personal meeting with Ahmadinejad, as suggested by my opponent, would embolden him and be used as a propaganda tool to strengthen his position."

Brown ignores the real threat - from Israeli and American belligerency and the enormous global consequences.

Voters Across America Are Rightfully Angered

After one year in office with a Democrat-controlled Congress, voters express disillusion, frustration, and anger over promises made, then broken, and a realization that once again they were betrayed.

He's provided continuity, not change, a bogus democracy under a repressive police state apparatus, militarism, and permanent wars at the expense of vital homeland needs. His record is betrayal and failure.

Perhaps that's the Massachusetts message - not just opposition to Obamacare as state polls show, but a rejection of the entire Democrat agenda and a demand for real change, promised but not delivered.