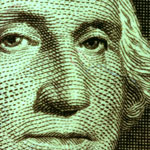 That’s how The Financial Times describes what happened yesterday. Investors were more moved by fear than by greed. Dow sold off 112 points. Gold dropped $27. The dollar and bonds were up.

The first thing we note is that investors are idiots. They’re looking for safety in the wrong places. Sell gold? Buy the dollar? And bonds?

It may be a good move in the short run…but this kind of safety is too dangerous for us.

The second thing that comes to mind is a question: is this the beginning of the end? Today, stocks in Asia are still falling…presumably for the same reason. China is reporting such hot growth that the authorities will be forced to throw a bucket of water on it. At least, that’s what a lot of investors are thinking.

What we’re thinking is that the Chinese economy is just waiting for an excuse to blow up. You can’t grow at a double-digit rate – with such massive investments in new plant, equipment, and infrastructure – without making a lot of mistakes. In America, developers put up condos that are left empty. They begin sub-developments that are never completed. They abandon a new building from time to time.

But in China, they build entire cities…which become ghost towns before they ever lived.

The Chinese are human. And humans err. Corrections, recessions, crashes, bear markets and depressions are nature’s way of fixing the mistakes and punishing the mistakers. And the longer the feds try to hold off these necessary corrections, the bigger mess of things they make.

Here’s another headline for you:

Why is that? Because government spending ain’t really very stimulating. In fact, it’s depressing. We’ve explained why in past editions of The Daily Reckoning. We’ll add today that the same is true, in a slightly different way, for monetary stimulus. They lower interest rates to try to revive a dying economy. The lower rates buy time – and more debt. Debtors are able to hold off the day of reckoning by refinancing at lower rates. But then what? Then, even lower rates are needed so they can refinance again.

Imagine a fellow who’s built a group of condos. He spent all his money…and borrowed millions more to do the project. Now, he’s waiting for buyers…and paying interest. The buyers don’t show up and he runs out of money. So, he refinances his old debt…adds more new debt…and he’s able to keep going…waiting for a ‘recovery’ that brings the buyers back.

But there are no real buyers. He made a mistake. In the heady days of the Bubble Era it looked like people had much more money than they really had. Now, where did their money go? He doesn’t know. But no one is stepping up to buy his condos – except for a few bargain hunters, who buy at such low prices, he still can’t pay his debt. So, he needs to refinance again. And so, the feds need to lower rates again so that he can get a better deal…otherwise, what’s the point?

But sooner or later, as the depression drags on, the feds eventually lower rates down to zero…the banks realize that his collateral is permanently impaired, not temporarily under-priced…and he realizes that the jig is up.

The real problem is not a lack of affordable credit. It’s a lack of able buyers. People are not really as rich as they seemed. It was a mistake, in other words; it had to be corrected.

But don’t expect mainstream economists, financial commentators, or the feds to understand what is going on. They are lost in their own claptrap theories and corrupt politics. What Wall Street bank will tell clients that the economy is in a depression? What Fed official…or elected politician…will admit that there is nothing they can do – except make the situation worse? What financial advisor will tell his customers that they should get out of US Treasury bonds…and the dollar…and stocks…?

And so…dear reader…the depression continues. Few people have any idea of what is going on. None knows what to expect.

Of course, that is true for us too. We don’t know when the tools for being able to foretell the future were handed out, but we must have been out sick that day.

Stimulating Depression Through Government Spending was originally published in The Daily Reckoning on 1/21/10.

1 Comments in Response to Stimulating Depression Through Government Spending

Yes, I noticed that gold was falling two days in a row as the markets were falling.  Always when the NY exchange was open.  So they are selling their stocks and gold and moving the money where?