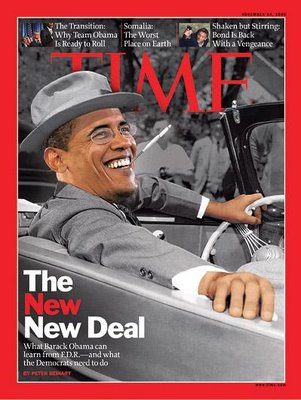 I forgot to comment on a major change in our national verbiage. It's once again pronouced "nuclear". "Nukular" is relegated to the dustpile of history.

The worst of the storm is passed. They saved the world.He feels more hopeful about America than ever before.

We all hated the bank bailout. So much that we quadrupled it and "we" recovered "most of the money we spent on the banks".

A brief jab at Wall Street and it's Obama the tax cutter! Look how many jobs he created in the government sector. And now the Recovery Act. And now he's calling for a new jobs bill. OK tell us what we get Barry.

The true engine of job creation will always be American busineses. The guys that crafted NAFTA and CAFTA all clap. "Hooray" they all say.

Small business owners are getting creamed. Yup. So we'll give $30B to banks! We take the money we gave to the banks, and got back from the banks and we give it to the banks! Freaking rad bro.

Put people to work on infrastructure? OK, where's the money come from?

The financial crisis is getting blamed on speculation? Not a word about pervasive fraud of course. Pile on the regulation. Did anybody think of getting the SEC guys out of tutus and back into suits?

7:37 Back to green energy. Good, clean, eco-friendly nukes. And oil. Come on, talk about coal, come on, bingo! 7:38, we got nukes, oil and coal in there! Plus some eco stuff thrown in. Congrads Sierra club! You got more nukes, oil and coal!

7: 40 we need to export more of our goods because, guess what, drum roll, because it makes us money! Incredible but true! And it focuses on farmers! Like Agribusiness and Monsanto and Dow! We'll continue to flood third world markets with cheap food and destroy their local economies because we can throw a switch and do that. Maybe manufacturing can fit in there somewhere.

7:42 more education reform. What SOTUA would be complete without it? Hey and guess what? A high school diploma doesn't guarantee you a good job anymore!

7:44 whatever he just said about education funding reform sounded like a shell game to me. And tons more regulation and if you work for the government, you get even more breaks.

7:45 we're back to tax credits and protecting the value of homes. Here we go. They are going to step up refinancing but NO MENTION of mark to market. So NOTHING CHANGES there.

7:51 is anybody has a better idea let him know. If you have an idea how to put an ice cream in every hand, a pillow under every head for less money and more sprinkles just let him know.

7: 52 back to deficits and government spending. So he was $1T in the hole to start with $18T protected over 10 years plus $3T in bailout. OK, time for some math I guess. So that's $32T, plus another $T with more stimulus so we're up to $32T. Right with you there Barry, now let's factor in unfunded mandates? No? OK so one T comes from "freeing" government spending for 3 years. About 1/8th of our total budget is under this "freeze" provision. $20B in savings for next year. Oil, investment fund managers and over a quarter mil get taxed higher! So getting back to the numbers Barry, that only leaves us....oh math class is over? Fine.

A bi-partisan fiscal commission will spend a few million to--oops, he said it, pretend to solve a problem.

7:57 we get an executive order to do what? Tell the commission to pretend to solve the problem?

What's the pay as you go law?

increase the cost of our borrowing? Gotta keep those 0% interest rates flowing to the banks don't we Barry? After all, they aren't incentivized to lend out the money now so what will making it more profitable for them do for anyone?

And all our problems are solved by doing the opposite of what conservatives do. Well DC conservatives, he's got you boxed into a corner on that one doesn't he?

We face a deficit of trust. They have to close the credibilty gap. Somebody was watching Dr. Strangelove while writing the speech.

8:00 now he's talking about lobbyists and insiders and special interests. It's a good thing he's not making any sense at this point. So get to work congress. Clean up your house congress. We're leaving it to you congress. We good with that? So we can just trust you on that? Tell you what, we'll put the whole thing up on CNN so everybody can see.

8:03 if you look too closely at his lips your DNA starts to mutate.

8:05 a tender reminder that the dems still have a comfortable majority and can theoretically do something. Anything. But he keeps pulling out this violin and scraping away at it. He's not bad.

8:07 terrorist time! Keep your eyes peeled for Osama. We prohibited torture? Really? Yup, our wars are going great. You'll never guess what the strategy is here. No really, take a guess. We supress all the violent types, give control of the nation to the people and leave! It's so uniquely distinct from Bush policy that you really, really have to be listening.

All the combat troops out by end of August. All of our troops are coming home in fact. OK. Yeah. On that day we rename the troops. From Aug 31 on, all troops will be called "daffodils".

8:11 hey nuclear weapons are back on stage! Arms control? Uh oh, a quick trip to Korea, here comes Iran and bingo. Knew it was a lead up to Iran. Look out Iran. We don't like you Iran. You better behave Iran. Now on to Pakistan. No? No Pakistan? OK that doesn't exist.

8:14 bioterrorism and infectious disease. Segue into Haiti. The women of Iran. ??? OK, more violins. Gays now can serve in the military. Equal pay for women. All you gals head for the offshore gas drilling rigs. It's good money and I guess it don't matter if you can't do the work anymore.

8:17 something about immigration reform and right back into the violin.

That was just great.

7:09 it has begun. Steady boys, remember your training. Keep the Pabst close at hand.

Predictions: I think it's gonna be America is STRONG because our wars are going swimmingly though great challenges remain, the economy has been saved though challenges remain, health care is being universally embraced as universal health care though challenges remain and now the Great Obama will create jobs in a great poof of smoke. Tomorrow morning each non-working American will awake to find a set of new, clean, pressed coveralls or the shirts you couldn't afford to redeem from the cleaners, we all get an egg breakfast and it's off to work with the government.

There's a rumour Osama will make a brief cameo.

Deal. Just so happens a devote dropped off a 12-pack. Commencing drinking now.

For the record, I have no doubt we'll both be sorry for this.

Oyate, you know what my vote is for.... the fire water, Irish courage, canned heat, whatever you want to call it.  Yeah, do that.

I have a choice to make. I can get very, very, very drunk and keep up a running commentary right here or ignore the whole thing.

Ho-hum - More promises, more b.s., more from an empty suit who has neither class, dignity, or honor.