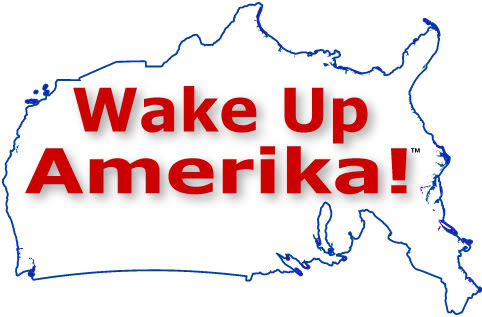 Article written by a friend:

It’s embarrassing to admit this, but the reason I haven’t watched a State of the Union address in 20 years is that I’m a slow learner.  If I had been a fast learner, I would have had my epiphany and stopped watching long before 20 years ago.
The delayed epiphany was this:  that the SOTU is a charade put on by both political parties and the players in the audience, including members of Congress, the Supreme Court, the Cabinet, the head of the Federal Reserve, and the Joint Chiefs of Staff.  All of them know that the SOTU and other solemn performances throughout the year are designed to distract citizens and media from the ugly truth.
The ugly truth is that the federal government is insolvent, meaning that it can’t pay all of its debts, obligations, and promises.  And it is insolvent because it is deceitful, dishonest, and corrupt.  Everyone in the SOTU audience is guilty of a massive fraud.  Instead of wearing expensive suits in a marble room, they should be wearing striped uniforms in a federal cell of bare concrete.
Their crimes are many.  Let’s look at the four most serious ones.
First, the official accounting books of the United States are cooked.  The government’s own auditor, the General Accounting Administration, has said so, but in nicer words.  Among other cooking, the books don’t account for all of the government’s liabilities.  A full accounting would show that the government’s true indebtedness is nearly $100 trillion.
Second, the miscreants know that there is no money in the Social Security Trust Fund.  They have been robbing the fund to pay their salaries, their marble offices, their large staffs, and their jaunts around the world on military airplanes.
Third, they know that the Capitol Mall is a Potemkin village of monuments, museums, reflecting pools, and other tourist attractions.  Behind the façades are huge, out-of-control, unaccountable bureaucracies, staffed with minions who, on average, are paid twice as much as the average American worker in the private sector.
If Americans wanted a real education about the workings of their government, they wouldn’t come to Washington and visit the Smithsonian.  They’d demand a tour of the Department of Agriculture, which is housed in a granite building a rotten tomato’s throw from the Mall.  Three stories high, two blocks wide, and three blocks long, it is the most visible example of all that is wrong in Washington.  Does anyone really believe that farmers wouldn’t grow crops, food companies wouldn’t process the crops, and supermarkets wouldn’t sell groceries if the building were to be razed and the employees had to find real work?
Fourth, the biggest crime of all takes place at the U.S. Treasury and Federal Reserve.  In a complicated shell game that the average citizen doesn’t understand, money is created out of thin air in these houses of ill-repute.  Or to be more accurate, the fiat money of the national government is debauched in a sordid ménage a trois for the benefit of the johns in the White House and Congress and their banker friends.  In a very real sense, the johns are covering up their corruption with Monopoly money.
Since 1913, when the Federal Reserve was created, the purchasing power of the dollar has fallen by over 95 percent.  When FDR abandoned the gold standard, the debauchment turned into a screw-the-public orgy that would make Tiger Woods envious.  Later, all remaining spending restraint was removed when Nixon closed the gold window to foreign governments.
Unless the four crimes are soon stopped and punished, the U.S. will end up as just another country in a long line of countries that spent themselves to death with phony money.
I didn’t watch the SOTU charade last night, but I know that President Obama didn’t talk about any of these crimes.  That’s because he is a criminal like everyone else who was there.

I haven't watched a State of the Union address for about the same length of time for the same reason.

It actually had some substance back before Woodrow Wilson (in 1913) to meet the requirement of the Constitution's Article II Section 3 to "..from time to time give to Congress information of the State of the Union and recommend to their Consideration such measures as he shall judge necessary and expedient."

Since 1913, yes, it's been just a theatrical show, growing more so with the advent of radio and TV. And the fact that so very many people either don't yet realize that or are satisfied with its existence as a demonstration of their lack of reasoned thinking. Far better it would be for all those who do understand the farce that is this event to simply ignore it - do not watch or listen to it or reports on it. And continue that practice of ignoring to as much of government as can be done without personal physical endangerment. The withering away of government will occur when large numbers of people ignore - socially preference against - it in all is facets*and* its enforcers/representatives/participants; and this does *not* inevitably lead to chaos.

The nature of human beings does not automatically lead to the conclusion that individuals must be ruled by others in order that there be orderly interactions between them. Society, just like any other natural system can be naturally self-regulating by means of interactions between its members, if only humans seek to discover and are allowed to implement the methods by which such self-regulation can be effective, rather than continuing to embrace social systems that need to be constantly held in an unnatural (and very unoptimal) state of balance by the operations of their rulers and other influencers. Individual self-order without rule by others is the social system whose members are fully adult (particularly meaning self-responsible) humans. Just as people can become physical adults, so can they become psychological and social adults - if only they are allowed (and even required in the sense that they will not achieve their desires unless they do) to socially mature sufficiently.

Once understanding and agreeing with these points (as a start), those who denounce government tyranny in this or any part of the world do more than crying out to their fellows in the dark.

If you want to know that U.S. Government is all a farce for making the rich richer, and enslaving everybody, then consider this.

These two publications show that ALL U.S. legal lending institution loans are not really loans. They are creations of new money.

Since they are not loans, why does anybody ever need to pay interest on them? How could anybody ever repay what they never borrowed in the first place?

WHEN HAS THE GOVERNMENT FARCE EVER EXPLAINED THIS TO ANYBODY?

It is time for like minded people to start moving to 1 or 2 states where they can become the majority of the voting population. Arizona and Colorado come to mind. The local and state governments must be taken democratically from the corrupt, including law enforcement and city hall. State "national guards" (military) must be keep separate from federal control and loyal only to the state government. There was one civil war and it looks to be that there could be another - unless of course, it is already too late for democracy. It's either that or become political refugees to Canada.

How Do You Know if a Tornado is Coming? (9 RV Safety Tips)

The Lies Vaccinologists Tell Themselves: