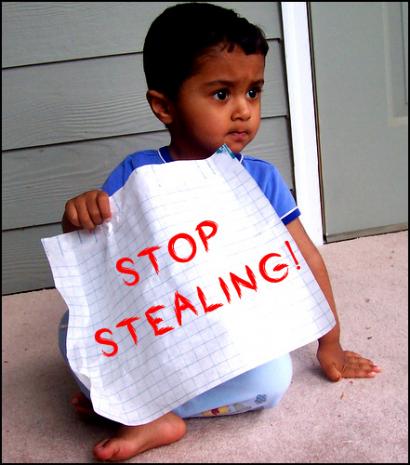 http://www.municode.com/content/3849/13485/HTML/ch014.html )
The Ordinance shall become effective April 1, 2010.
SOOOOOOOOOOOOOO................................
What better forum to educate even more people on the failure of the system to be a true republic and protect our individual liberty. Instead, they are intent on robbing us of our very sustenance because they cannot operate within their means.
Freedom's Phoenix workshop is set up to provide just this kind of education. We have a printing press, Silk Screening, TV Studio, 2 radio shows a day that run out of the Freedom's Phoenix Studios - you better believe we will be talking and acting on this one. We have a means of duplicating thousands of DVD's to educate every single interested individual on just how corrupt this government is. We have many, many seasoned activists that will be on hand to help those that would like to get involved. And of course, we have the Freedom's Phoenix webpage that is instrumental in documenting the dismantling of the system and it's eventual collapse.
A special city council meeting was called today (Feb. 2nd) and there were plenty of police and firemen there to show their support for the passage of the amendments that would allow the food tax. Just because you legalize the theft, it is still theft! We will be posting information on this referendum effort on Freedom's Phoenix and on the local meetups, as well as holding the workshop open and available for individuals to make use of in their efforts to educate their friends, family and neighbors.
THE

5 Comments in Response to Those of us in the City of Phoenix get ready to do battle once again...

Hey! And why stop with the sales tax. Let's make the only tax that Arizona State Government can receive to be out-of-state import/export taxes. No more state income tax!

The historic argument against taxation of food stuffs was an ethical one: do not impose upon a man who simply wants to feed his family.

It certainly implies the old ethical question, "is it wrong for a man to steal a loaf of bread to feed his starving children?"

Good freaking thing we're moral absolutists and not situational ethics people, OF COURSE IT IS WRONG TO STEAL. ALL THE TIME, EVERY TIME.

But were I a farmer (which in a tangible way I am) and if I derived produce from the land (which I do) and somebody took some of my stock (which happens), I'd turn my shotgun first on any man who proposed to tax the thief.

The thief is wrong but the tax man is double wrong, double-dipped wrong with sprinkles and a cherry on top. Hey the common thief that steals from me? At least I know those funds are going to feed a starving family at best or a starving drug addiction at worst but I know where those funds are going and ulimtately it's a lot cheaper to support one drug addict than AN ENTIRE BLOATED FEDERAL GOVERNMENT DRUG ADDICTS.

It's the whole Hobbesian argument revisited and nobody since Locke has made it sound more fun. You can take my advice or you could take money from teenagers or you could do both at the same time.

To have the state interpose itself between a man and his mouth is wrong. It's ethically wrong. And I almost never use the word "morals" except to say that "your morals offend my ethics", I say to tax food is morally and ethically wrong. It is yet another interposition of state between man and what God has given man freely. And this is NOT a slippery slope, this is a freaking landslide.

Brothers and sisters, what more proof do you want but next they will tax you for the sun that shines on your face.

They already tax you for the sun screen you buy to keep the sun off your face.

It is fundamentally wrong to impose a tax on mere existence. That to me is utterly core. There is no reason for me to get out of bed in the morning without this fundamental, because all of my interactions outside of bed are predeicated on a certain level of trust and normality. My bed is a very comfortable place. I like it and so does my dog. Me and my pitbull just LOVE being in bed, we feel protected and snuggly and warm and we trade stories and just have a great life together. But me and the dog have an awareness that things could even be cooler if we get outside and interact.

Wells whatever I was talking about is on hold because company has come by. TTYL.

Phoenix does battle and the Bradshaw Mountians move into position.

Tax the food of my people's mouths? ask the mountains?

Like the man who posts on Craig's List, the clouds say "hey I gave you that rain for free and now you sell it?

I watched the "theft" on the city webchannel.  Hess, 4409, Greenspan, Morpheus, Nick Bravo, and I am sure I am remiss on a few others.  Our guys did a wonderful job throwing the Loveolution at them. Unfortunately, they (actually 3 council memebers did understand with a no vote) did not understand a word, and hence a 2% increase on my Honeycomb fricken cereal.  The outrage!!!!!!!!!!!!!!!!!!!!

Mail-to-Jail May Be Dead, But Activism Is Alive & Well In New Hampshire: Writing To Caged Activists