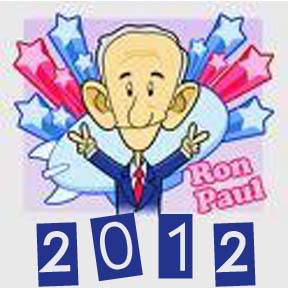 by Ron Paul
Last week, the House approved another increase in the national debt ceiling.  This means the government can borrow $1.9 trillion more to stay afloat and avoid default.  It has been little more than a year since the last debt limit increase, and graphs showing the debt limit over time show a steep, almost vertical trend.  It is not likely to be very long before this new ceiling is met and the government is back on the brink between default and borrowing us further into oblivion.  Congressional leaders and the administration acknowledge that the debt limit will need to be increased again next year.  They are crossing their fingers that the forecasts are correct and they will not need another increase sooner, even before the 2010 midterm elections.

Free market Austrian economists on the other hand know that times are bad because of the size and scope of government.  The economy is fragile because of the overwhelming stranglehold of bureaucracy and taxation of Washington.  Any jobs Washington might create through these endless spending programs are paid for through more taxation and debt put on the productive sectors of the economy.  Just as insidious is the hidden tax of inflation caused by the Fed and its ever-expanding credit bubble.  When the Fed steps in with its solutions, it only devalues the dollars in everyone’s pocket while encouraging more reckless waste on Wall Street.  All of this leads to a worsening economy, not an improved one.

And so the downward spiral continues.  The worse things get, the more politicians want to spend.  The more they spend, the heavier the debt load becomes and the more we have to spend just to maintain our interest payments.  As our debt load becomes unsustainable, the alarm of our creditors increases.  It is becoming so serious that our credit rating, as a nation, could be downgraded.  If this happens, interest on the national debt will increase even more, leading to even higher taxes on Americans and inevitably, price inflation.

Still, Washington is full of talk of more regulation, more taxation and more spending.  The Senate is still struggling to pass a massive regulatory increase on the financial sector, even as the stock market suffers more shockwaves.  Pay-as-you-go rules give the appearance of fiscal responsibility, but in truth these rules are only used as a justification to raise taxes.  Spending programs like healthcare reform, increased military spending, and a recent doubling of destructive foreign aid are viewed by Washington as necessary and reasonable, instead of foolishness we absolutely cannot afford.

The people understand this, which is why there is so much anger directed at politicians.  Washington needs to change its thinking and adopt some common sense priorities.  The Constitution gives some excellent limitations that would get us back on the right path if we would simply abide by them.  The framers of the Constitution understood that only the ingenuity of the American people, free from government interference, could get us through hard times, yet Washington seems bent only on prolonging the agony.
source