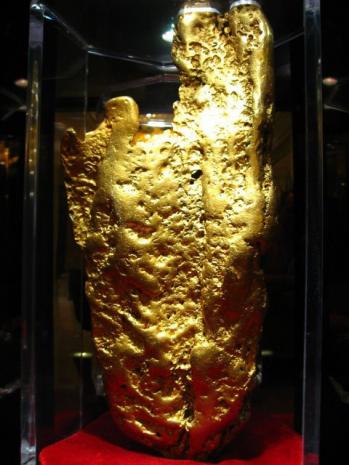 Substantial portions of this informational piece have been taken directly from an article by Chris Ralph in the December 2009 issue of the ICMJ Prospecting and Mining Journal. I erred in not initially giving appropriate credit to Mr. Ralph, and there was an impression with some that this article was generated entirely from my own creative effort, which is not true. I appologize to Mr. Ralph and the editors of Freedom's Phoenix for causing such consternation.
2010
MODERN GOLD RUSH
Northeastern Sudan

Among gold prospectors who use metal detectors, the Minelab brand is renowned as being the premier manufacturer of today’s latest technologically advanced metal detectors used for hunting gold nuggets. (Detectorists call it “nugget-shooting”.) More expensive than ever before, Minelab’s top of the line GPX-4500 will easily set you back about $4500,…if you can find one that is.

Last year, used GPX-4500 detectors manufactured by Minelab began selling at prices significantly more than they cost new. Not just one or two, but every single one! (1)
Someone using a Minelab GPX-4500 detector in the Red Sea Hills of Sudan had unearthed a 17 kilo nugget. (1)
More than a century ago, a British firm worked the Omm Nabardi and Gebeit mines in the Red Sea Hills area. All exploration done prior to 1980 was based on the old-time, traditional methods of testing quartz vein outcroppings, and the only mines that were developed were small underground operations. Between 1980 and 1985, testing by British and French companies in the Red Sea Hills area produced new gold discoveries at Gebeit and Wadi Ariab. Modern gold exploration techniques are just now being applied in Sudan , and they are starting to yield some significant discoveries that simply could not be recognized using traditional prospecting methods. (1) 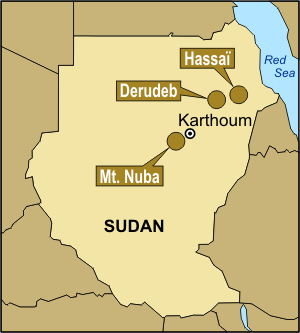 A similar gold rush occured  in Sudan in the early 80’s back when gold prices were spiking. At that time, the locals were picking rice grain sized nuggets right up off the top of the ground using only their eyes. Because the number of visible nuggets suitable for "specking" is very limited, the gold rush did not last long. (1)
The geology indicates that the soils are very high in iron (what detectorists refer to as “mineralization” of the soil) and would require Pulse-Induction type detectors to effectively work them. Pulse-Induction type detectors are the kind pioneered by Minelab, and came on the market about 1999. The type of detectors available in the 80’s when the last rush was on, were Very-Low-Frequency (VLF) types, which would have been very difficult if not impossible to use in the Sudanese environment.

What all this boils down to is that the Sudanese gold fields are nearly virgin territory for the modern metal detectorist .

Sudan can be a dangerous place for mining operations. Things have quieted down somewhat in the last year or so, although violence continues on a smaller scale. As of the time of this writing, there is still a big demand for detectors in Sudan, and relatives living in other countries are being recruited to help purchase these detectors and any related supplies that are available on the market wherever they can be found. There is also supposed to be a very robust black market.

Black market?! Why a black market? Because metal detectors are banned in Sudan. They are illegal because of their utility in regards to landmines and the continuing wars that have plagued the area. Thusly, every single metal detector in Sudan is smuggled in. This fact, plus the long civil war, difficult and remote conditions explain why this region has not been extensively detected previously. It also explains why the locals are not talking about it much publicly. 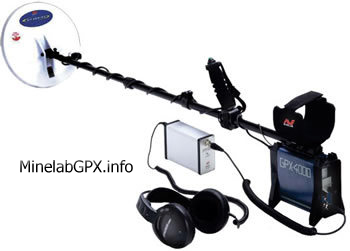 It is also illegal for the gold to leave the country. The government requires it be sold to them in exchange for paper currency. So the smuggling of gold out of the country is also a new and expanding enterprise. Much of the money for purchasing the detectors – and the destination for the smuggled gold – is Dubai; a city closely associated with this new gold rush.

However, before you decide to be an adventuring Indiana Jones or soldier-of-fortune, pack up all your detecting gear and get on a plane for northern Africa, remember that this is one of Al Queada’s safe havens. For a time, Bin Laden was a guest of Bashir, the Sudanese President. Clinton ordered cruise missile strikes on Al Queada training camps there in the 90’s. Remember that the Darfur conflict is about Muslims seeking to slaughter Christians. These are some notoriously nasty Nubians. As an imperialist American infidel attempting to compete with local faithful followers of Allah for the gold he has put in the ground as a bounty for his people,…they would likely be all over you quicker than a Congressman on a loose tax dollar! In fact, you would likely need your own group of fellow armed prospectors just to maintain your safety. 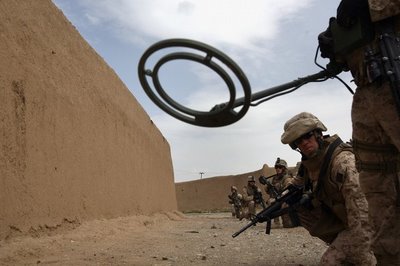 The local Sudanese miners for many years have worked to develop small-scale operations based on shallow quartz veins and desert placer mining methods. The comparatively new Pulse-Induction metal detector technology has given them a new option to work these areas profitably in spite of the difficult conditions. As this gold rush unfolds, we will attempt to keep you updated on any important finds.

This is a formal notice of Infringement as authorized in § 512(c) of the U.S. Copyright Law under the Digital Millennium Copyright Act (DMCA).

This article is an unauthorized reproduction of copyrighted material originally found at:  [http://www.ICMJ.com/...]

Please remove this article immediately or I will file an official complaint with the U.S. Copyright Office, FeedBurner and Google, Inc.  Google’s response may include removing or disabling access to material claimed to be the subject of infringing activity and/or terminating subscribers. I will also contact your advertisers and notify them that your site is violating copyright law, and file a DCMA complaint with them as well.

An apology is not sufficient, nor is a mention of my name. The magazine in which this article appeared paid several hundred dollars to print my work. An apology does not allow you to use my work for free. You are clearly breaking copyright law and the fact that your authors and editors do not understand this show this to be a cheap, amateur, two-bit publication.

I demand that you delete all of the text that is mine (about 75% of the article) or pay me $300 for the right to use my article.

Chris Ralph, Original author of the work plagiarized by this publication

This article is blatant plagiarism, copying an article I wrote for the ICMJ Prospecting and Mining Journal, which was published in December 2009.

Mr. Saunders is apparently a copy and paste artist with no talent of his own, who steals from others and gives no credit. Shame on you! This article is copyright infringement, and should be promptly removed. A complaint has been made to the management.

The version of this article I first uploaded got somehow cut up and butchered, so it was an incomplete read. I have since restored the full text. Sorry for the poor quality you may have first experienced.