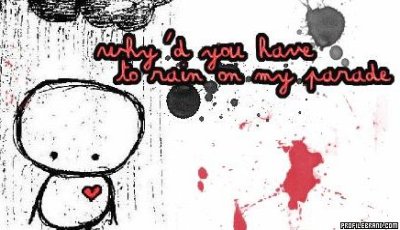 Yes, it is confirmed -- though you wouldn't know it by reading any of the blogs going on at the convention that Ernest Hancock defeated the LNC's pick to chair the Libertarian National Committee in a straw poll conducted with great fanfare at the LP's Leadership Conference in Auston, Texas yesterday.

I cannot help but be certain that had anyone else won it would be hailed on the LP's official blogs and other interested pundits web sites.  How this happened was probably debated into the wee hours in some circles to figure out how to make sure this never happened again.  In the mean time I am going to savor the news, and enjoy the loss of sleep by a few.
This may also herald well, that despite the current LNC's attempts to keep the activists the heck away from the Convention in St. Louis, that there is hope for them to reclaim the Party, the platform and the LP's soul at a time when this country needs it most.
More news and hopefully video when it becomes available.
Powell
Two stories from the Independent Political Report:

I was fortunate to be there for one of the most enjoyable PL panel ‘debates’ I’ve seen in the entire time I’ve been involved with the organization.

In a nutshell, here’s what I saw happen:

George put up a surprisingly coherent presentation, but ultimately said, “I want to be LNC Chair and will organize it like I did Massachusetts.”

Mark said: “I’ve been around a long time, vote for me”.

Ernie said: “The LP should join the freedom movement–the Love-a-lution”, and here’s how (detailed his plans and backed them up with multiple examples of success), we can turn the PL into an actual political force by freeing minds and empowering individuals.”

Had there been enough physical ballots for all the attendees, I am confident that Ernest Hancock would have won right out of the gate. The young people coming into the LP want to “do” something, not relax in the confidence that the LNC has polite and sedate meetings.

Three cheers for Ernie! It was a major disappointment when the previous convention in Portland saw the LP become GOP Lite. Maybe our champion can drive the big L back to the principles that freedom requires. My hope is that the Republican and Democrat parties go the way of the Whigs and the Tories, and the Libertarian and Constitution parties become the dominant parties in restoring our American Heritage of Liberty through peaceful revolution ASAP!

AWRIGHT!!! Yeah!!! That is truly good news. I support Ernie a thousand percent.

And, you know what else I'd like? A Paul/Ruwart ticket in 2012. I wish our 2012 Convention would be *after* the GOP. Reasons are, our nomination of Paul (should he run for that) would probably ruin his chances with the GOP. If he loses with the GOP we will need to know that so we can nominate him if he will permit that. Then we can nominate Mary Ruwart as his running mate.

My enthusiasm about the L.P. has taken a nosedive because it has become more moderate, while the more I learn the more radical I get. So I hope the L.P. gets back to its, well, uh, roots, so to speak and my enthusiasm will spark again.

Round 2 (dropping off lowest place humans one by one)

* Myers was a write-in, the ballots were printed before he decided to drop in at the last minute today.

* Some people only checked their top choice whereas other people ranked all their choices.

* The order of candidates was different on different ballots to minimize any prejudice introduced by ballot order.

When I got the word I jumped on the LPRADICALS Yahoo Group and gave it to them with both barrels!  I noticed that my post brought out many responses - most of them favorable.  I found it comical that some were holding it against Ernie for campaigning for 'a Republican' - Ron Paul!  GMAB.

This victory comes in spite of Mike Renzullis' displeasure with Ernie and the prospect of his winning the Chair (which he stated at every opportunity from what I could see).

Well it's a snowy morning up here at altitude Jean but this is really great news!

This is great news for a rainy Sunday morning.  ERNIE, ERNIE....

Of course, Ernie is winning as LP Chairman.    Even if Mr. Root becomes the "official" Chairman, WE KNOW THE TRUTH.

Ernie, stay hot on their heels and give those faux libertarians "what for and what five."


Interesting breakdown of the individual ballots: