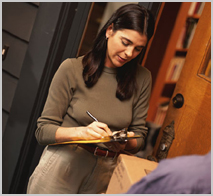 Karen Emery bought her first 1 oz coin of silver in New Hampshire just last year. The token, which cost  $16.00, made an enormous difference in the life of one woman, opening the way for people in the Delaware Valley area of Pennsylvania, to see what it is like to use money which will hold its value.

Karen was attending the Free State's Liberty Forumat the Crown Plazain Nashua, NH, when she picked up a silver token at an after hours party. It was her birthday, March 5, 2009, and she had been thinking about how good it would be if, as once was the case, money had weight and substance.

While being interviewed for this article Karen mentioned how it felt as she held it, smooth, heavy, and gleaming. Along with the substance the token had, she thought, integrity. She still carries it with her as a reminder.

Karen had learned about Free State's Liberty Forumon Free Talk Live, for two years before she finally made it to the event. Free Talk Live, is Karen said, "The radio that you control." The non-structured radio station has become a voice for a growing on the air community. She listened to their program once and was hooked. There is, Karen says, nothing like the open mike with Ian Freeman and Mark Edge.

Karen's first token came from Bullion Direct. Within a few weeks she had signed up as a representative for American Open Currency Standard, or AOCS. Every so often over the ensuing weeks she would take out the coin and hold it in her hand again.

While a representative for American Open Currency Standard, Karen had time to think about what was important. Selling silver at so far over what it was worth as metal, she realized could never result in people using silver tokens for barter in their day to day lives. She wanted that experience, using metal coins, a thing which itself had value, when she bought her gas and groceries.

So Karen Emery decided to start DelValley Silver. Her new company would not offer many different  tokens, just one to begin with. The token had to be inexpensive enough so people would use it. In her mind Karen saw people putting them on the counter and showing them to their children. In this way children could understand what money once was - and experience it again.

That decision make, it was all a matter of details. Karen found a mint to produce the rounds. Golden State Mint is in California. She then determined the image the token would carry, filed papers with the state, which reminded her again, why she wanted the integrity she felt in silver rounds.

The first token carried a map of Pennsylvania, including Delaware, Maryland and New Jersey for good measure. The second suggests the Amish traditions of her state.

Karen had begun talking to local merchants in May for AOCS. Now, in August, she was talking to them about a different proposition. Since there was no fee to sign up entry costs were low, an important consideration in an already struggling economy. Karen has seven merchants signed up. The merchants see barter in silver in various ways but among their motivations is the knowledge hard metal will come into their hands. Interest is building, she says, which is reflected from her merchants.

AmeriKick Martial Arts, Liberty Revolution Network, Twins Auto Repair Inc., Advise Laboratories, MetaSense Inc., Street Road Lukoil, and Vermilion Hills Chiropractic, a range of businesses, are now accepting the tokens and negotiations are going on with the local Amish community. To serve the Amish community Karen will be adding a$6.00 token to her inventory.

The tokens now offeredinclude a one ounce round, showing the states of Pennsylvania, New Jersey, Maryland and Delaware, for $18.64, purchased in lots, and a ½ ounce token, carrying the image of an Amish family in their carriage for $9.77.

At a time when America's dollar is teetering on the edge of disaster the solid value of silver is raising increasing interest across the country. Barter and script systems are springing up in places where they were previously unknown at unprecedented rates. A website, Move Your Money, is now urging Americans to move their money out of banks, such as Citibank, which are now placing severe limits on withdrawals from accounts. The Move Your Money site offers links so users can ascertain the rating of their own bank and find one which is higher.

All the money they move will still be Federal Reserve Notes. Karen would like ordinary people to have money with integrity.

To use silver rounds, tokens, for commerce the price of the silver must be near to that paid for the metal itself. The 'spot' price of the metal changes constantly, fluctuating against other ways to hold value, commodities, and against existing currencies.

In the Delaware Valley local people who carry the tokens are learning by doing. The DelValley site provides a short tutorial on reasons barterand hard metal have continued to have a place in the market, explaining clearly and simply how their system works.

For those in the Freedom Movement it is a leaflet sprung to life or a tutorial by Murray Rothbard made flesh. In the Delaware Valley of Pennsylvania you can touch theory.

This year Karen Emery will be attending the Free State Project's Freedom Forum, which will again take place in Nashua at the Crown Plaza. But this time she will not be just attending. She will be selling her own rounds and discussing with those interested how they can merge their activism with business, providing one of the essentials needed to bridge the meltdown from corporate greed to a new economy in their own communities.

The Mechanics Of The Global Gold Market