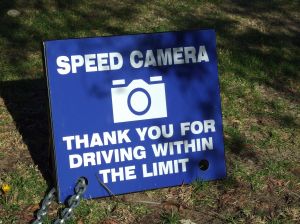 The Scottsdale City Council passed a motion Feb. 9 to reject action on a citizen petition designed to prevent the use of alternative service in photo radar traffic cases.

The petition, submitted by Daniel Levin on Jan. 12, requested that the Council advise the city prosecutor to require personal service of photo radar traffic citations.

“The Constitution requires notice and an opportunity to be heard,” Levin said. “Without service, you don’t have that opportunity.”

“I haven’t come up with a decision, but I think it’s only right for further motion,” Nelssen said.

Levin, a lawyer with 36 years of experience, said it is time to lower the hammer on the photo radar process. “The courts are rubber-stamping this, and there’s no legal precedent to do so,” Levin said in a telephone interview. “In any civil action you must allow civil process, whether it’s a $2 million suit or a $200 suit.”

Levin said the city is not making the effort to find people before considering them as being served.

“They have decided that as a matter of law that you’ve been served, whether or not you have actually been served,” Levin said. “It’s the most disgusting thing I’ve ever heard.”

“This sounds more like a personal problem that the city shouldn't have to waste time or money on,” Inocente said.

Levin said photo radar is an attempt to scam money out of the public.

“We can no longer trust the city prosecutor,” Levin said. “The courts are complicit in this fraud.”

A 2007 report commissioned by the City of Scottsdale found that 72 percent of people supported photo radar enforcement in general, and 58 percent supported always holding the vehicle owner responsible for photo radar citations.

I can bet you all those council people are pulling in kickbacks....big time...I am beginning to believe and always have that we have alot of public servants that are so entrench with bribery money, payoffs, that they do not know what the difference between right and wrong is. What do we do with these people?

A bottom-line thought about this...

If a city makes a law that attempts to overrid state or national law, they will prpbably be forced to change the law... sometime.

But while the process of beating down the illegal law in the courts is taking place, many people may be hurt in the process.

So let's make a binding State law that says that as soon as a law or ordinance is challenged, it becomes ineffective, as though it had been repealed, until such a time that the law or ordinance is upheld in the courts. If the court decision is appealed, the ineffectiveness of the challenged law remains in effect, until the decision is truly final through the U.S. Supreme Court if necessary.

This is a very good job Matt