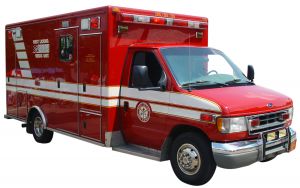 The contract, enacted in 2005, named PMT as the sole provider of emergency ambulance services for the city of Scottsdale for a period of five years, with the option for three two-year extensions. The contract extension will expire in February 2012.

Representatives from Phoenix-based Southwest Ambulance, which lost the 2005 contract bid, asked the council to open a request for proposal to bid on a new contract. Louis Jekel, a lawyer for Southwest Ambulance, said PMT did not comply with the terms of the contract by failing to submit daily reports of ambulance response times. The Scottsdale Fire Department said they had no such records in response to a public records request for the reports, Jekel said.

“Southwest’s claim of non-compliance isn’t true,” Ramsey said. “There is only one other ambulance contract in existence with full transparency to the fire department.”

Ron Ryals, the executive director for Southwest Ambulance, said that the contract imposes a $500-per-day fee for late reports. Ryals said he estimates PMT owes the City of Scottsdale more than $16 million for the missing reports.

Jekel said the extension of the contract, as recommended by McDonald, prevents a truly competitive marketplace.

Ramsey replied, “You talk about competition – we competed, and we won.”

Mayor Jim Lane also spoke to Jekel’s comment. “Capitalism is how we work,” Lane said. “That’s how we get effective service.”

Councilman Robert Littlefield said the discussion should have been about providing the best possible service to Scottsdale citizens.

“It isn’t about ambulance service, it’s about battling for multi-million-dollar contracts,” Littlefield said. “At the executive level, they would sell their own grandmothers for a contract in Scottsdale.”