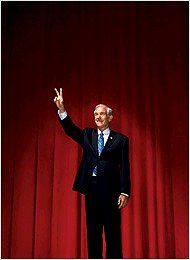 by Ron Paul
Last week, Congress debated a resolution directing the President to withdraw our troops from Afghanistan no later than the end of this year.  The Constitution gives the power to declare war to the Congress, so it is clearly appropriate for Congress to assert its voice on matters of armed conflict. In recent decades, however, Congress has defaulted on this most critical duty, essentially granting successive presidents the unilateral (and clearly unconstitutional) power to begin and end wars at will.  This resolution was not expected to pass; however, the ensuing debate and floor vote served some very important purposes.

First, it was important to finally have an actual floor debate on the merits and demerits of continuing our involvement in the conflict in Afghanistan.  Most congressional action regarding Afghanistan has concerned continued funding for the conflict.  Thus, members of Congress have cloaked their support for an increasingly unpopular war in terms of financial support of the troops.  But last week’s resolution had nothing to do with funding or defunding the war, but rather dealt directly with the wisdom of an open-ended commitment of U.S. troops (and hundreds of billions of tax dollars) in Afghanistan.  Members opposing the resolution had to make their case for the ongoing loss of American lives as well as the huge expenditures required for an intractable conflict.

In my opinion, this was an impossible case to make.

Supporters of the war made the same intellectually weak arguments for continuing our occupation of a nation with a long and bloody history of resisting foreign occupation.  Ultimately, the war supporters in Congress prevailed in the vote on the resolution.  Still, the vote was significant because it places every member of Congress on the record as supporting or not supporting the unconstitutional, costly, violent occupation of a country that never attacked us.  This vote should serve as an important reminder to the American people of where their representatives really stand when it comes to policing the world, empire building, and war.

The War Powers Resolution was passed in 1973 in the aftermath of Vietnam.  It was intended to prevent presidents from slipping this country so easily into unwinnable wars, wars with indistinct enemies and vague goals.  Unfortunately, it has had the opposite effect by literally legalizing undeclared wars for 90 days.  In the case of Afghanistan, 90 days has stretched into nearly a decade.  The original purpose of the initial authorization of force – to pursue those responsible for the attacks on September 11 – is no longer applicable.  Al Qaeda has left Afghanistan; we are now pursuing the Taliban, who never attacked us.  The Taliban certainly are not our friends, but the more of them we kill, the more their ranks grow and the stronger they become.  Meanwhile, we are spending hundreds of billions of dollars in Afghanistan and accelerating our plunge toward national bankruptcy.  Whose interests do we serve by continuing this exercise in futility?

Osama Bin Laden has said many times that his strategy was to bankrupt America, by forcing us into protracted fighting in the mountains of Afghanistan.  The Soviet Union learned this lesson the hard way; and ultimately was forced to withdraw its troops from Afghanistan in defeat and humiliation.  This same fate may await us unless we rethink our policy and resist any escalation of our military efforts in Afghanistan.  Our troops should be used for defending our country, making us safer and stronger at home- not for occupying foreign nations with no real strategy or objective.
source

From teenage girls to trained assassins: They were drilled to shoot...