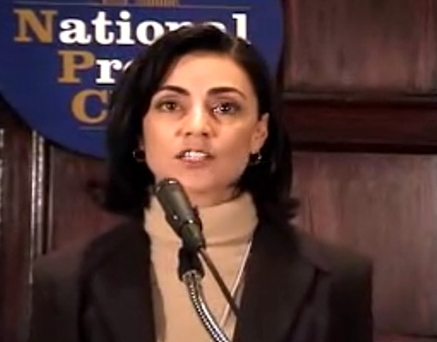 The earliest document is a November 1999 EC from the FBI’s National Security Division (NS-2D) to FBI field offices in Chicago, Washington DC, Los Angeles and New York (although there is a reference to a September 1999 EC from NSD.) The timing is significant. In an article in The American Conservative by Phil Giraldi, Ms. Edmonds notes that although there were investigations into Turkish activity dating back to 1996, most of that activity was being monitored by Counter-Intelligence based on FISA warrants because the main targets were foreigners, however in 1999 investigations were opened into ‘US Persons‘ and “they wiretapped the congressmen directly.”

The FBI was obviously concerned about ‘campaign donations’ being paid to Congressional Representatives by these groups. Ms. Edmonds has repeatedly referred to certain groups making “different kinds of campaign contributions – legal and illegal, declared and undeclared” to various congressional members. Two days after an EC from the National Security Division, Chicago reviewed the Federal Electoral Commission (FEC) database which contains details of donations to congressional campaigns. Chicago was apparently interested in donations made by “three individuals who attended the meeting at TACA.”

The FBI was also interested in the leadership of TACA. One EC notes that TACA held elections in 2000 and provides a list of all the newly elected officials. The EC states “Most pertinent to the above investigations was the fact that REDACTED had been REDACTED.” We know that Mehmet Celebi was elected President of TACA at that meeting. Ms. Edmonds has previously referred to Celebi as a key player in the Turkish mafia in the US, noting that the Celebi family is involved in arms and heroin trafficking. Celebi was also Vice-President of the Assembly of Turkish-American Associations (ATAA), another organization named by Ms. Edmonds and others as being involved in various criminal activities.

In 2008, Celebi briefly received some attention when he was key fundraiser for Hillary Clinton, and was nominated as one of Clinton’s Chicago delegates to the 2008 Democratic National Convention. He was eventually kicked out of the Clinton campaign because of the scrutiny.

We are staring at the gates of hell, and most still have their heads in the sand.

The Dangers of the Growing 'Snitch Culture' in the US