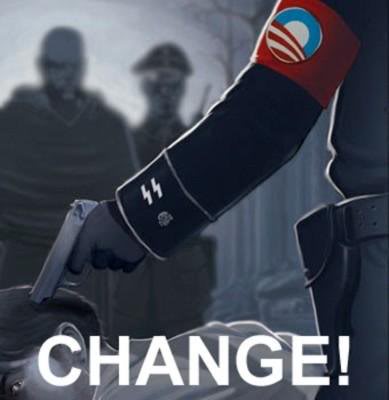 With passage of last week’s bill, the American people are now the unhappy recipients of Washington’s disastrous prescription for healthcare “reform.”   Congressional leaders relied on highly dubious budget predictions, faulty market assumptions, and outright fantasy to convince a slim majority that this major expansion of government somehow will reduce federal spending.  This legislation is just the next step towards universal, single payer healthcare, which many see as a human right.  Of course, this “right” must be produced by the labor of other people, meaning theft and coercion by government is necessary to produce and distribute it.

Those who understand Austrian economic theory know that this new model of healthcare will cause major problems down the road, as it has in every nation that ignores economic realities.  The more government involves itself in medicine, the worse healthcare will get: quality of care will diminish as the system struggles to contain rising costs, while shortages and long waiting times for treatment will become more and more commonplace.

Consider what would happen if car insurance worked the way health insurance does.  What if it was determined that gasoline was a right, and should be covered by your car insurance policy?  Perhaps every gas station would have to hire a small army of bureaucrats to file reimbursement claims to insurance companies for every tank of gas sold!  What would that kind of system do to the costs of running a gas station?  How would that affect the prices of both gasoline and car insurance?  Yet this is exactly the type of system Congress is now expanding in health insurance.  In a free market system, health insurance would serve as true insurance against serious injuries or illness, not as a convoluted system of third party payments for routine doctor visits and every minor illness.

While proponents of this reform continue to defy all logic and reason by claiming it will save money, I worry about cataclysmic economic events.  Already investors are more reluctant to buy US Treasuries, fearing that the healthcare bill, along with other spending, will cause government debt to explode to default levels.  I had the opportunity last week to address my concerns with both Treasury Secretary Timothy Geithner and Federal Reserve Chairman Ben Bernanke, especially about the potential for the coming serious inflation. I am not optimistic that these important decision makers truly understand what is coming, why it is coming, and how best to deal with it.

The Federal Reserve finds itself in an unprecedented and unenviable position.  To keep up with government spending and corporate irresponsibility, it has increased the monetary base by nearly $1.5 trillion since September of 2008.  Excess bank reserves remain at historically high levels, and the Fed's balance sheet has ballooned to over $2 trillion.  If the Fed pulls this excess liquidity out of the system, it risks collapsing banks that rely on the newly created money.  However, if the Fed fails to pull this excess liquidity out of the system we risk tipping into hyperinflation.  This is where central banking inevitably has led us.

The idea that a handful of brilliant minds can somehow steer an economy is fatal to economic growth and stability.  The Soviet Union's economy failed because of its central economic planning, and the U.S. economy will suffer the same fate if we continue down the path toward more centralized control.  We need to bring back sound money and free markets- yes, even in healthcare- if we hope to soften the economic blows coming our way.