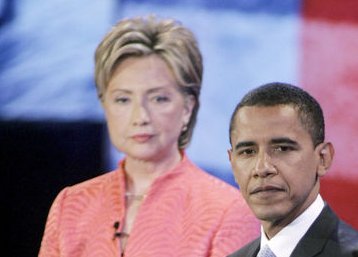 Indonesia's National Armed Forces (TNI), especially its thuggish Kopassus Special Forces Command, has a long, sordid human rights record, including political killings and massacres of hundreds of thousands of civilians in East Timor, Aceh, Papua, and elsewhere in the country.

The 1976 Arms Export Control Act requires US military hardware sales use only for defense or to maintain internal security.

"in a consistent pattern of gross violations of internationally recognized human rights, including torture or cruel, inhuman, or degrading treatment or punishment, prolonged detention without charges, causing the disappearance of persons by the abduction and clandestine detention of those persons, or other flagrant denial of the right to life, liberty, and the security of person, unless such assistance will directly benefit the needy people in such country."

In its final 2005 report, East Timor's Commission for Reception, Truth and Reconciliation called on nations to make Indonesian military aid:

"totally conditional on progress towards full democratization, the subordination of the military to the rule of law and civilian government, and strict adherence with international human rights, including respect for the right of self-determination."

"The evidence for a direct link between the militia and the military is beyond dispute and has been overwhelmingly documented by UNAMET over the last four months. But the scale and thoroughness of the destruction of East Timor in the past week has demonstrated a new level of open participation of the military in the implementation of what was previously a more veiled operation."

UNAMET warned that "the worst may be yet to come....It cannot be ruled out that these are the first stages of a genocidal campaign to stamp out the East Timorese problem by force," skills the TNI and its Kopassas killers honed since Indonesia's 1945 independence.

"it is in the national security interests of the United States to waive conditionality pertaining to Foreign Military Financing (FMF) and defense exports to Indonesia."

In 2006, the Bush administration removed remaining TNI restrictions for training, supplying weapons and other forms of cooperation. In late 2007, it told Congress it planned to train members of Kopassas and Brimob (mobile brigade), Indonesia's militarized police special operations unit, also notorious for committing well-documented human rights atrocities throughout the country.

On March 18, 2010, in an open letter to President Obama, the East Timor and Indonesia Action Network (ETAN) welcomed his upcoming visit, rescheduled for June, urging him "to avoid the destructive policies of the past" - specifically, "not offer(ing) military assistance (to the) notorious Kopassus special forces," restricting it to other forms of security cooperation.

ETAN believes "training Kopassas would violate US law which forbids training military units with unresolved human rights violations." It's meant to prevent future ones and encourage resolving others in the past. "This has clearly not happened."

"Training Kopassas will set back efforts to achieve accountability for past and recent human rights violations and will do little or nothing to discourage future crimes....It's impossible to credit Kopassas with human rights reform when it retains active duty soldiers convicted of human rights violations....For decades, the US military provided training and other assistance to Kopassas, despite the demonstrated failure of international assistance to improve its behavior. Its widely acknowledged abuses and criminal activity simply continued" to this day.

Kopassas and Brimob have a long history of terrorizing civilians, committing atrocities, and undermining efforts for justice and human rights accountability. ETAN asked Obama to respect US law and the recommendation of the Commission for Reception, Truth and Reconciliation in Timor-Leste (CAVR), urging nations to make military sales conditional on recipients' adherence to international human rights laws. TNI, (including Kopassas) and Brimob systematically violate them.

Since its 1952 founding, Kopassas has an unbroken reign of terror record that includes politically motivated arrests, assassinations/murders, massacres, brutal beatings, kidnappings/disappearances, bombings, and other crimes against humanity, still ongoing throughout the country.

"According to senior Indonesian officials and police and details from government files, the US-backed Indonesian armed forces (TNI), now due for fresh American aid, assassinated a series of civilian activists during 2009."

They were part of a secret government program, "coordinated in part by an active-duty, US-trained Kopassus special forces General who has just acknowledged on the record that his TNI men had a role in the killings."

The news comes ahead of Obama's expected announcement of new military aid, falsely claiming TNI and Kopassas "no longer murder civilians." They always did and now do, according to a senior Indonesian official (unnamed for his safety), speaking out because he opposes the practice.

"TNI still practices political murder." Yet America rewards it, despite being legally bound not to and to provide Congress with relevant information.

-- "a series of assassinations and bombings in Aceh (where) elections were being contested by the historically pro-independence Partia Aceh (PA)," the renamed former GAM (Free Aceh) rebel movement.

In the run-up to the April elections, "At least eight PA activists were assassinated....according to officials with (specific) knowledge of the program" to suppress democratic speech in Aceh and throughout the country.

General Sunarko, the PANGDAM Aceh (TNI forces chief) coordinated the killings. He was recently "sent to Aceh by the President, Gen. Susilo, after having been the nationwide commander of Kopassas. (Previously, he was) chief of staff of Kostrad, the (TNI's) huge Strategic Reserve Command that operates across the archipelago and is headquartered in Jarkata...."

Earlier he oversaw occupied Timor militias, and "was a Kopassas intelligence chief there during the 1999 TNI terror...."

Indonesian National Police (POLRI) confirmed the above account, but "with evident reluctance, even fear." (POLRI) also kills and tortures civilians, and mounts joint task forces with TNI, (but TNI) has more guns and cash, and (they're unencumbered by) POLRI's political burden of having to claim that they're enforcing the murder laws."

General Sunarko told Nairn "that he was an enthusiastic supporter of President Obama's plan to boost aid to Kopassas and to TNI generally. (He said America and TNI have had) a long, close partnership that had 'raised the capacity of TNI,' and that Obama's (full) restoration of aid would make for 'a still more intimate collaboration." Since the 1980s, he, in fact, was US-trained at various Indonesian sites along with many other TNI officers.

In June, when Obama visits Indonesian leaders, "on the table is a big aid package for TNI, negotiated over recent months, the political centerpiece of which is an apparent renewal of open aid for Kopassas."

Among all Indonesian units implicated in past atrocities:

"those of Kopassas are the most celebrated, and, as their former commander, the US-trained Gen. Prabowo, once told me, they have historically been the unit most closely identified with Washington....Obama's planned (restoration of aid) to Kopassas is now awaited by TNI as sweet vindication, and by many of (its) survivors" as the green light for terror.

Other TNI components are also implicated, including "BAIS intelligence and the mainline regional and local commands, KODAM, KOREM, and KODIM, all of them, most importantly, reporting ultimately to" top TNI commanders and theirs in the government.

Importantly, whether or not Kopassas aid is restored, "TNI as a whole already has the green light," 2,800 of its forces "being trained in the US (according to) Indonesia's Defense Minister." The Pentagon wants other weapons and equipment sales and US loans to "further empower TNI overall."

Also, in advance of Obama's trip, "the Kopassas commanding general came to Washington and was welcomed by the Obama team." Back home, they're confident of being green-lighted to continue their old ways, ones never ended to receive full Obama administration backing.

On March 24, Nairn reported that the TNI threatened to arrest him for revealing its hit squad assassinations, "presumably on criminal defamation charges."

On March 25, he added the following:

"The Indonesian news channel TV One is running text scrolls on their screen (saying the TNI) is either planning to or has already filed criminal charges against me. The crime, the scrolls say, consists of 'defiling the good name of TNI.' In today's Indonesia it can be a crime to report assassinations, but, given that no Generals have gone to prison for such murders, it is not treated as a crime to commit them."

Not is it in Washington to support or commit crimes of war, against humanity, or political killings. CIA and Pentagon hit squads do it daily.