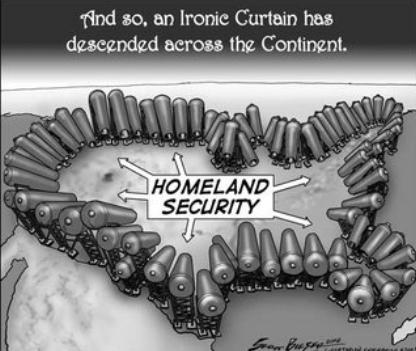 Ernie,
No distinction between foreign nationals and US persons. According to one synopsis I read :
A close reading of the bill suggests it would allow the U.S. military to detain U.S. citizens without trial indefinitely in the U.S. based on suspected activity. "
The Enemy Belligerent Interrogation, Detention and Prosecution Act of 2010
S.3081 - Enemy Belligerent, Interrogation, Detention, and Prosecution Act of 2010
Haven't read the bill yet - but that's what you are for!
Chris
======
( Publisher: What _I'm_ for?... it's what the readers of FreedomsPhoenix are for :)

Please post comments about the validity of this bill (is it real) and what you think is going on here. Strange Days indeed.

3 Comments in Response to S.3081 - Enemy Belligerent, Interrogation, Detention, and Prosecution Act of 2010

MAY THE LORD PROTECT US FROM OUR GOVERNMENT

Oh, it is real.  And who is the sponsor?

As Ernie says, it always starts in Arizona....