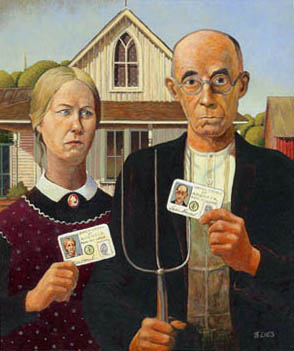 Here's an article that was sent to me from a friend... 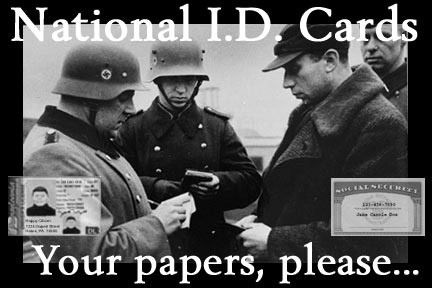 1.   Driver License Compact
The Driver License Compact, is basically an agreement between each of the 45 member states including the District of Columbia to exchange information regarding certain traffic violations including DUI, DWI offenses and vehicular manslaughter with each of the member states.
For example if you are arrested for DUI in the state of Colorado, but you live in Arizona, the state of Colorado will inform the state of Arizona of the DUI offense and Arizona will treat the DUI arrest as if it happened in the state of Arizona.
In its most basic form, the Driver License Compact basically says that an individual has only one drivers license record or driving record.
Originally the Driver License Compact only dealt with serious offenses, such as drunk driving, but now any traffic violation that happens in a non-resident state will be reported back to the driver’s state of residence. So if someone is stopped for speeding in the state of Florida, but they live in Texas the violation and the points will be assessed to their Texas driver’s license.
Driver License Compact Member States
http://www.duiarresthelp.com/driver-license-compact.php
The DLC may be replaced soon by the more invasive Drivers License Agreement DLA: http://en.wikipedia.org/wiki/Driver_License_Agreement of which three states are already a member.
2.   Child Support omnibus
In 1998 Arizona passed the child support omnibus bill HB2451. It requires a social security number in order to get a drivers license for all drivers – adding social security number to the already nationwide driving record database.
So far the database contains at a minimum:
Name, date of birth, address, social security number, and full driving record.
http://www.azleg.gov/DocumentsForBill.asp?Bill_Number=HB2451&image.x=6&image.y=5
There have been attempts nearly every year since this bill's enactment to repeal it, but to no avail.
3.   Russell Pearce’s bill
This bill will now share Arizona resident's data not only with the Driver License Compact Member States  but also with Homeland Security (SB1070 and its companion, HB2632). It will also change the language so that anyone committing a ‘public offence’ vs. a ‘crime’ can now be detained and 'identified'. I don’t know what the legal meaning of ‘public offence’ is - probably none which means they can pick up anyone for any reason.
http://www.azleg.gov/DocumentsForBill.asp?Bill_Number=2632&image.x=7&image.y=8
4.   Photos to be added to National database
The International Justice & Public Safety Network, commonly known as Nlets, is coor­dinating an image-sharing system that allows law enforcement personnel to exchange driver’s license photographs across state lines.
http://www.ncjrs.gov/pdffiles1/nij/225801.pdf
5.        Data goes global
The Global Justice Information Sharing Initiative (Global) serves as a Federal Advisory Committee (FAC) and advises the U.S. Attorney General on justice information sharing and integration initiatives. Global was created to support the broad scale exchange of pertinent justice and public safety information. It promotes standards-based electronic information exchange to provide the justice community with timely, accurate, complete, and accessible information in a secure and trusted environment.
Global is a ''group of groups,'' representing more than 30 independent organizations, spanning the spectrum of law enforcement, judicial, correctional, and related bodies. Member organizations participate in Global with a shared responsibility and shared belief that, together, they can bring about positive change by making recommendations and supporting the initiatives of the U.S. Department of Justice (DOJ).
http://www.it.ojp.gov/default.aspx?area=globalJustice&page=1019
6.        Summary
The driver’s license was originally meant to keep unsafe drivers off the street. [Say, how has that worked out?] The social security number was [ONLY] meant to enable employee’s social security benefits [and nothing else]. [Say, how has that worked out?]  Both of these have been co-opted to create a National ID and have been used for some time for the purposes of identification and immigration. The child support omnibus bill needs to be repealed as well as Russell's bill.