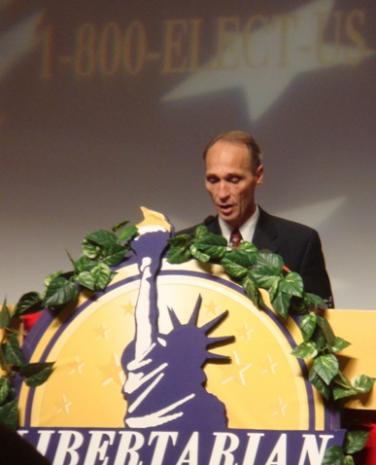 (The menu may change (for the better), but we’re certain about Barry Hess!)

Who:  A BBQ Fundraiser for Libertarian Gubernatorial candidate, Barry Hess.

What:  A BBQ Fundraiser for Libertarian Gubernatorial candidate, Barry Hess.

Where:  Steele Indian School Park, Phoenix, AZ. Enter the park from Central Ave. and the Ramada is between the sand volleyball and basketball courts approximately 100 ft. from the parking lot.

Why:  It’s the libertarian ideals.  Or, the bigger joke is; would you prefer Jan Brewer, Dean Martin, Terry Goddard, or a “Governor Munger” or “Governor Buz?”

A suggested donation of 10 Federal Reserve Notes includes a great BBQ, a little music in the park, and of course Barry Hess.

This is a family-friendly event, but against my libertarian ideals, I have secured the blessings of the Oligarchy for a beer permit (BYOB and please, no glass bottles).

Afterward, the party will continue back to the Freedom’s Phoenix Workshop for a viewing of the documentary about Barry's last campaign run.

Ultimately, our objective is to get the Hess

started, and to raise seed money to roll into other events.

Bring the kids, the dog, and even grandma.
***Vegan and Kosher options will be available***
Please, help us get the Barry Hess

***WE ARE NOT IN ANY WAY AFFILIATED WITH OR CONNECTED TO THE BARRY HESS FOR GOVERNOR CAMPAIGN.  WE ARE SIMPLY CONCERNED CITIZENS ACTING ON OUR OWN BEST BEHALVES***