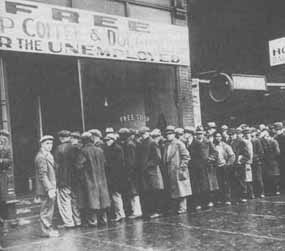 by Ron Paul
Last week the federal government’s Financial Crisis Inquiry Commission held hearings as part of their continuing investigation into the causes of the acute economic meltdown which occurred in late summer 2008.  This bipartisan commission, partly inspired by the Pecora Commission- which investigated the causes of the Great Depression- is expected to report back to Congress before the end of the year.

Things don’t seem to be going well. The individuals questioned by the commission mostly seem to be diverting blame for the whole fiasco to someone else.  Nobody is offering any tangible insights into the causes of the financial crisis.

Predictably, the commission will avoid calling any witnesses who might unequivocally indict the federal government for its role in the crisis, or suggest solutions which take away government power.  Government commissions have a remarkable tendency to recommend granting even more power to the same useless government agencies that so utterly fail to prevent crises in the first place.  We saw this with the Pecora Commission, we saw it after 9-11, and we’re seeing it again today with regard to financial regulations.  For example, this latest commission almost certainly will suggest granting more power to the SEC, when in fact the SEC should be abolished as an embarrassing farce.  Rest assured that this recommendation will be made without apology or sense of irony.

The reality is that the Federal Reserve relentlessly expanded the money supply through artificially low interest rates for over two decades, and this expansion of easy money caused a wholly predictable bubble.  To a myopic Keynesian regulator, the bubble may appear to be caused by greed, but in truth it is completely predictable that humans will act in their own perceived self interest.  If the Fed wants to dole out artificially cheap money, people and businesses- including Wall Street businesses- will line up to take it.  We can condemn this as greed, but the fundamental problem is Fed policy itself.  There will always be demand for cheap money, but we should not allow the Fed to debase our currency and create bubbles of false prosperity to satisfy that demand.

What the commission really needs are experts who understand free market economics rather than big government Keynesian fantasies.  The commission has none of these, and has called no true free market witnesses.  That perspective would only distract from their predetermined goals.

The commission will bemoan the complexity and inscrutability of our economic problems, but the solution is simple: allow freedom to operate in our markets.  Allow U.S. financial, labor, and housing markets to normalize without political interference.  Though solution is simple, and rather obvious, it would not be easy or painless, but we’d be so much better off for it in the long run.  It would require admitting fiat money is a tangled web of monetary deception prone to catastrophic failure.  It would require allowing Americans to choose a system of sound money, where the money supply and interest rates are set by market forces rather than centralized economic planners.  Unfortunately, fiat money is like a drug to a Congress hopelessly addicted to spending vastly more than the Treasury collects in revenues.  Because of this, our problems can only get worse and more complex before they get better.
source