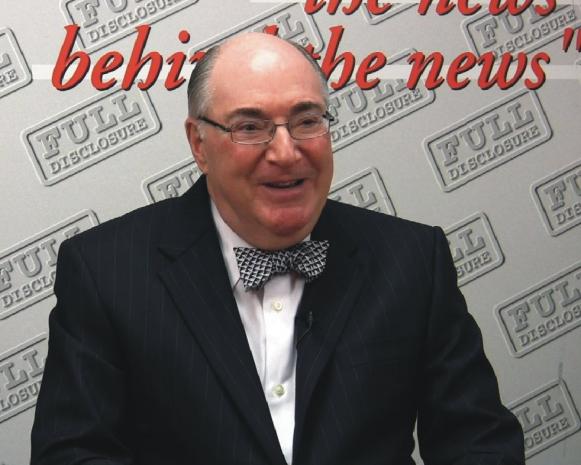 The Law Offices of Richard I. Fine & Associates (richardfinelaw.com) web site says he established the firm in 1974. His credentials include a Doctor of Law from the University of Chicago, a Ph.D in International Law from the London School of Economics, a Certificate from the Hague Academy of International Law, among his many other awards, including Lawyer of the Decades 1976 - 2006.

He's also been widely published in legal journals with regard to antitrust, comparative and international law. Fine's resume is long and impressive.

Before entering private practice, he "founded and was chief of the first municipal antitrust division in the United States, for the City of Los Angeles." He was also Special Counsel to the Government Efficiency Committee of the LA City Council, and a member of the US Department of Justice Antitrust Division.

In addition, he practiced law in London and with another firm before establishing his own. He was also Norway's Southern California Consul General.

Detailed information can be found on Home (Free Richard fine)....(sites.google.com/site/freerichardfine/Home), established by his friends and associates seeking justice in return for Fine's years of public service as a taxpayer-advocate attorney.

From the early 1990s until his illegal disbarment and March 4, 2009 jailing, Fine challenged and corrected state corruption, returning about "$350 million to California taxpayers which state, county and municipal governments (unlawfully took from) 'special funds' and 'trust funds' in a series of taxpayer cases filed in federal" and state courts, specifically:

-- in other cases against California cities and ports, another $350 million prevented from being unlawfully spent from TTF;

-- many other legal victories against corrupt state officials saving California taxpayers about "$1 billion," illegally "enrich(ing) developers, and blatantly trampl(ing) the people's rights;" Fine calls it "a true story....wrapped up in one man's personal nightmare."

Overall, he stopped "Twenty-Six Years of California's Annual Budget Crisis," and was the first lawyer to "Challenge, In Court, The Unconstitutional Payments Given By Los Angeles County (Supervisors) To The Los Angeles County Superior Court Judges," over $300 million since the late 1980s.

Over the same period, these "judges decided cases and made orders in favor of the County to the exclusion of the opposing parties in cases before them." For example, from 2005 - 2007, no one won a case against the county in courts presided over by LA Superior Court judges. Over many years, as a result, Californians were swindled out of hundreds of millions of dollars, and most troubling of all, county judges knew "taking payments from LA County was unconstitutional," in violation of the Code of Judicial Ethics and Political Reform Act for not disclosing them.

The same practice was common around the state, but not like in LA County, where state legislators exempted judges and county supervisors from prosecution.

For his many years of crime fighting, Fine was charged with "contempt of court" and "moral turpitude," disbarred by California's Supreme Court and jailed by Superior Court Judge David Yaffe "in retaliation for bringing the cases and exposing the unconstitutional payments," ones later held to be unconstitutional.

Fine's case is currently before the US Supreme Court. The California Bar waived its right to respond, meaning his appeal is unopposed. Also in his favor was a late 2009 decision in Sturgeon v. LA County (brought by Judicial Watch) deciding that county payments to judges are illegal.

Yet, with the help of California Supreme Court Chief Justice Ronald M. George, state-paid lobbyists got legislators to pass "a midnight bill" (SBX2-11) at the peak of last year's budget crisis, changing the law to make the payments appear legally authorized to continue, besides giving everyone involved retroactive immunity from criminal prosecution.

Note: immunity is never given when no crime was committed.

The latest on SBX2-11 immunity is that it's not in the "official Code" like the rest of the bill, Fine's friends and associates asking, "Why are they hiding this pardon of over Ten Million Felonies from the public." They further say the bill "is an ex post facto law. Its immunity provisions will ultimately be repealed," so complicit judges aren't off the hook.

As of mid-April, 2010, Fine remains in LA County Men's Central Jail, the "worst jail in the United States," according to an ACLU investigation and report (aclu.org/prisoners-rights/aclu-releases-report) calling it "nightmarish" because of severe overcrowding (with over 20,000 detainees), violence, and overall conditions causing serious mental illness.

Fine is held in solitary confinement under horrendous conditions to punish him - with no fresh air, bright all-night overhead lighting, and no pen and paper to petition a higher court, a right ever serial killers get. Also, reporters (at least until now) were denied permission to interview him. He's not allowed to post bond or get a hearing, and is ordered to stay in jail until he relents and withdraws his charges.

"This is the beginning of what happens when you lose a democracy. There is absolutely no question I'm a political prisoner," held without bail, without trial, and with every state appeal denied. The issue is "a straight out-an-out abuse of power, and I'm the person who went in and called them on it....This is the biggest judicial scandal and judicial bribery scheme in American history. My being in jail for (over a year) should show you that no one is immune from this abuse of power."

"The fact the Supreme Court is involved in any way is a big deal. It certainly speaks volumes to the importance of this case, and it's quite intriguing."

At issue is Fine's "coercive confinement," but he also hopes California corruption will be addressed. The issue of judges' pay is currently before the California Supreme Court, but given how judges and legislators conspire, it'll likely go nowhere to let illegal behavior continue.

The state Supreme Court disbarred Fine. Superior Court Judge David Yaffe jailed him for allegedly practicing law while being inactive and refusing to answer questions about his assets to pay court-ordered attorney fees in connection with a Marina del Rey case.

The US Supreme Court will hear his case on April 23. It gets thousands of applications annually, but considers about 80 or 90 at most. His appeal cites the precedent of a Los Angeles newspaper reporter jailed in 1972, in contempt, for refusing to divulge sources relating to the Charles Manson case. After six weeks in confinement, the US Supreme Court ordered him released while his case was considered by the 9th Circuit Court of Appeals. "Lower courts later determined that lengthy confinements for contempt" are to punish in violation of "legal limits on punitive sentences for contempt."

The US Supreme Court has the final say. Meanwhile, at age 70 and in deteriorating health, Fine remains incarcerated, his freedom very much in jeopardy.

Also at issue is due process and judicial fairness, fast disappearing in America and denied anyone challenging corrupt power and privilege effectively. Fine did it courageously and expertly. He's now paying the price.

2 Comments in Response to Richard I. Fine's Judicial Lynching

How's that 13th amendment working out for everyone?

"Neither slavery nor involuntary servitude, except as a punishment for crime whereof the party shall have been duly convicted, shall exist within the United States, or any place subject to their jurisdiction."

Contempt charges shouldn't even exist.  I've never heard of this story, but I'm glad I know its going on. Thanks.

What a great story Stephen!   Windmills and dragons...I hope he wins.  Of course Ernie would say he already has.