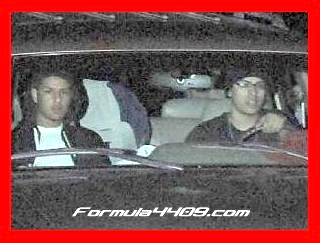 First they pick pocket you on the streets, now they are using the images without your consent to defame you in the public.

It's one thing to print the name of a person of the alleged and another to post a picture of them. The printing of a name is not as harmful as posting a picture of someone in public “linking” them to a crime when you have NO evidence what so ever. The reporter should be fired and/or sued.

The Pima County Sheriffs Department actually went to this level to catch a couple of kids who allegedly took a dog out of someone’s backyard? WTF

Do you now see whats in your future? This is a prime example of why these video surveillance cameras have to go. 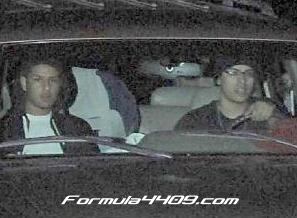 Click Here for the full story on the Arizona Daily Star

I do have some questions though:

Why did they release the photo in the first place?

If the vehicle they were driving was stolen I can see why they need to identify these people but the story does not mention this.
Obviously, if they took the photo they have the plate number and the address where the vehicle is located. Why didn't the Sheriff just go to the house and arrest them of this horrific crime? So I ask the Sheriff and Redflex... why the big show? Why the drama?
How did they come to conclusion this was the vehicle and those were the suspects without a license plate number?
Here is how it works. The alleged crime was reported around 1am. They reported the get away vehicle was gold in color so they searched the databases for all the gold vehicles that drove past the cameras at the time in question.

Now ask yourself, how is driving a gold color vehicle at night with no other credible evidence worthy of printing a story and posting a picture of someone accusing them of a crime?

In no way am I saying these kids are innocent of anything but can you find the evidence (dogs) in this picture? There is no evidence of anything other than driving a gold car at 1am.
Consider yourself lucky you were not driving your gold car at that time.
Something sticks to high heaven with this story. Photo radar is taking a beating lately and I think its fair to say that this was an event that was twisted and used as a (commercial) by the photo radar companies with the help of the Pima County Sheriff’s Department to garner support to keep this scam going because they both benefit from the revenue collected.
Bottom line, there is no end to the corruption and its only going to get worse till these cameras are gone.
Tip for Pima County Sheriffs Department and Redflex:
Next time you two try to defame someone with a puff piece full of garbage do a better job at concealing it  :)
Sincerely, 4409

Well 1st of all redflex doesn't have Pima county, ATS does so you can't blame Redflex. 2nd they are looking for criminals (stealing a dog is a crime) and if showing their photo gets a child their pet back alive, I'm all for it! Don't commit crimes and you don't have to worry. And whoever said "taking pics of all cars" no company does that. They video all cars from the rear only so you'll never see your pic from it and the video is such low resolution that your can't even make out the license plate.

You can buy a terabyte hard drive for a computer at Walmart for $99.

So the next time that Goverment spends $1,000 on computer equipment, they might have purchased 10 terabyte hard drives. They just might be keeping billions of pictures on file for future reference.

Who has access to Government to find out if this is what is happening? Do you think some kind of a FOIA would bring this to light? These hard drives are quite small. They can be hidden very easily.

What do you think?

Next time, they're going to photoshop a picture of 4409's mug into the gold suv driving in the area at 1:00 am. Where's your network of survalance cameras to prove you weren't there?

After reading your article I want to know if the photo is question was taken for enforcement purposes or is this an example of the camera taking pictures of every one and then being available  to law enforcement? If that is so the general public is not aware of such adn might be something that should be exploited?