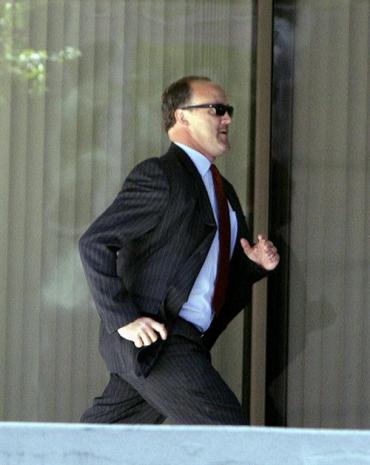 Imprisoning A Courageous Whistleblower: The Case of Bradley Birkenfeld - by Stephen Lendman

According to the indictment, "fictitious trusts and bogus corporations (were created) to conceal the ownership and control of offshore assets. They also advised clients to destroy bank records and helped them file false tax returns...."

"Bradley Birkenfeld commenced serving a three-year and four-month sentence in federal prison on January 8, 2010, a direct result of blowing the whistle on one of the largest tax fraud schemes in US history."

On April 15, he filed an appeal for clemency.

Interviewed by Steve Kroft on CBS' 60 Minutes in January 2009, Birkenfeld said he's the first insider ever to explain the secretive world of Swiss banking. "It never happened before in history. I'm the first" to do it. Asked what percent of American accounts tried to evade taxes, he said among his own clients, "90%."

Senior bank officials went along for the profits. As for Birkenfeld, "I gave (the IRS) the biggest tax fraud case in the world. I exposed 19,000 international criminals (with accounts worth over $19 billion). And I'm going to jail for that?"

One of his clients was Igor Olenicoff, a billionaire on the Forbes 400 list with an estimated $1.7 billion net worth. He cooperated, paid $52 million in back taxes and fines, and got off with no jail.

"A key government informant in the US tax investigation of UBS AG was sentenced today....for helping the Swiss bank's American clients cheat on their taxes."

On January 8, 2010, Birkenfeld voluntarily surrendered to begin serving his sentence.

"Defendant Birkenfeld('s)....substantial assistance has been timely, significant, useful, truthful, complete and reliable. (Without his help, the UBS) scheme would not have been discovered by the US government."

Yet they indicted, convicted, and imprisoned him.

An international banker employed by Switzerland's UBS bank, he "blew the whistle on secret offshore accounts (after discovering in 2005 that) bank managers were encouraging breaches of UBS' own written policies in helping American clients evade federal taxes."

Initially, he lodged complaints with UBS's Legal and Compliance departments. When ignored, he resigned, came to America, and informed the Justice Department (DOJ), IRS, SEC, and US Senate.

Because of his disclosures, UBS' tax fraud scheme was made public, and billions of dollars recovered. Birkenfeld's reward - 40 months hard time in federal prison for confronting a powerful bank, one of the world's leading financial firms and second largest European bank.

Thus far, he's the only UBS employee or client to receive a long prison sentence. He also spent over 19 months under electronically monitored home confinement, with curfew and travel restrictions, prior to incarceration.

Others got minor sentences (maximum three months), including probation, fines, and community service. Martin Liechti, head of the entire UBS program, wasn't charged and returned to Switzerland a free man.

For his part, the Justice Department (DOJ) accused Birkenfeld of withholding information about his largest client, a Russian emigre and California real estate developer, convicted for avoiding taxes on $200 million.

Birkenfeld, however, provided full disclosure to other government agencies that protected him from criminally violating Swiss bank secrecy laws. Despite repeated requests, DOJ refused, instead charged him with a single offense to which he pled guilty.

On August 20, 2009, the Treasury's Inspector General for Tax Administration issued a report titled, "Deficiencies Exist in the Control and Timely Resolution of Whistleblower Claims," after assessing the IRS' progress in establishing a Whistleblower Program able potentially to recover "billions of dollars in taxes, penalties, and interest based on information provided by informants."

The 2006 Tax Relief and Health Care Act amended the IRS Code "to provide increased awards to individuals for information that leads to the detection and punishment of persons guilty of violating, or conspiring to violate, internal revenue laws." Since the law's passage, tens of billions in unreported income have been disclosed thanks to whistleblower-provided information.

However, legal deficiencies need correcting, including whistleblower protection against employer retaliation. Unmentioned was immunity from US agency or foreign government prosecutions.

The Treasury only recommended legislation "to ensure that informants are protected against retaliation by their employers and to provide relief to informants who are retaliated against....IRS management agreed with all of our recommendations."

(1) Did he serve the public interest?

After his disclosures, UBS paid $780 million in fines and penalties, and agreed to an IRS amnesty program under which 14,700 clients admitted to illegal, secret accounts. As a result, billions of dollars were recovered and the entire program was shut. According to the New York Daily News, "Bradley Birkenfeld deserves a statue on Wall Street, not a prison sentence."

(2) What did Birkenfeld do?

From June 2005, he compiled internal email and correspondence documentation, discovered fraud, told his superiors in good faith, followed bank compliance procedures, and reported his findings up the chain of command. On May 24, 2006, UBS' general counsel closed the investigation without action. As a result, Birkenfeld resigned. UBS insisted he keep his information secret. He retained counsel and, in 2007, informed the DOJ, IRS, SEC, and Senate. Prior to its indictment, DOJ stonewalled him.

(3) The Importance of His Disclosures

Under Section 15 to Exhibit C of Deferred Prosecution Agreement, bank officials could have resolved the matter on their own. Failing to do so shows the importance of his actions. The IRS, SEC and Senate wrote letters affirming it.

(4) Does His Participation in Illegal Activity Disqualify Him?

No, as whistleblower protection laws apply to everyone making disclosures, even those guilty of wrongdoing. An old Civil War law was based on the idea that "setting a rogue to catch a rogue is the safest and most expeditious way I have discovered of bringing rogues to justice," according to the law's leading sponsor, Senator Jacob M. Howard.

Since then, thousands of whistleblowers have come forward, many of whom participated in fraud. As far as known, none were prosecuted. DOJ's action is unprecedented. It also undermines anti-fraud laws and makes it less likely others will come forward like Birkenfeld. Along with the National Whistleblowers Center, 20 anti-corruption groups back a clemency campaign to free him, including a presidential pardon or commutation for time served.

(5) Was DOJ Truthful in Arguing for a Prison Term?

When sentenced, DOJ's prosecutor, Kevin Downing, said if Birkenfeld had turned in his former client, Igor Olenicoff, he wouldn't have been criminally indicted. In fact, prior to being indicted, he made full disclosure to the Senate Subcommittee on Investigations, the IRS and SEC, including about Olenicoff.

(6) Why DOJ's Treatment Is Unjust

UBS officials got off scot-free. Guilty bank clients got slaps on the wrist. Birkenfeld is the only one sentenced to hard time in prison, a shocking and unprecedented act.

They're either a nation (generally small), city, state, or zone, officially called a "jurisdiction," offering low or no taxes, and, most often, none on foreign earned income. High net worth individuals use them to offshore their wealth or create shell companies, subject to jurisdiction taxes, but none to their home country.

Their main characteristics include:

-- no or low taxes on income and capital;

-- bank and commercial secrecy or confidentiality;

-- absence of exchange controls for companies treated as non-residents;

-- the reliance on banking, providing low or no taxes on non-residents;

-- good infrastructure, including communications and transportation;

-- accessibility to competent lawyers, accountants and other advisors; and

-- Saint Kitts and Nevis; among others.

In a 1998 report, the OECD said tax havens were "expanding at an exponential rate."

However, they're not for everyone. Much depends on residency status (domicile), individual circumstances, and, of course, personal wealth. According to some, they hold over $5 trillion in high net-worth accounts, free from home country scrutiny and taxes. A US congressional committee estimated that private banks manage $15.5 trillion in assets, much of it hidden offshore. For US residents, foreign accounts are legal, but must be disclosed on tax returns. Not doing so is a crime.

Nonetheless, secrecy makes hiding wealth easy, and according to the Federal Reserve, establishing and managing offshore accounts has become big business for major global banks and other financial institutions - better still because the IRS does little to locate offshore tax cheats even though they fully understand the problem. Being rich and having good advisers are essential to take advantage. Also an inclination to cheat the tax man and get away with it, hoping no one like Birkenfeld will blow the whistle.

2 Comments in Response to Imprisoning A Courageous Whistleblower: The Case of Bradley Birkenfeld

What a shame.  He should've gotten 40 years.