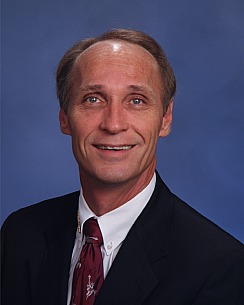 The Bigger the Government, the Smaller the Individual.
Position Statement on SB1070
For Immediate Release:
April 26th, 2010
Barry Hess, Candidate for Arizona Governor
www.HessForGovernor.com
FaceBook:  hess4governor
CONTACT:  Astrid
Hess4governor@gmail.com
602-405-9016
The Governor and others have fooled the people of Arizona into thinking this bill has something to do with fixing the problems created by illegal immigration—it does not.  Even a cursory reading of the bill makes it abundantly clear that it serves only to infringe upon the rights of all Arizonans by effectively creating a national ID while giving officers of the State complete immunity for violations against individuals’ rights, and making the taxpayers foot the legal costs that will inevitably follow.
The legislation purports to give police officers (and others) the authority to stop suspected illegals and detain them indefinitely until proof of Citizenship is established.  Even before the legislation goes into effect, the police have already begun what is bound to be an aggressive policy of profiling, stopping and harassing legal Citizens with impunity.  Skin color has nothing to do with it.
Summarizing the anti-rights and anti-constitutional aspects of this poorly-crafted and ill-conceived election cycle contrivance that the Governor admitted in her announcement already needs a ‘rider’ to ‘fix’, is easy; government can not cast a net over all of us, just to catch a few ‘bad’ people.  But that’s exactly what it does.
All of us now face the inevitable circumstance where, just as in 1940s Germany, supposedly ‘free’ people can be stopped, detained without arrest and ordered by anyone with an official badge to produce their “papers” and ‘prove’ their citizenship, no matter where they are.  The very idea runs afoul of the anonymity and the freedom to travel unimpeded in a society that claims to be ‘free’.  The Governor has just given her approval to Arizona becoming a police state, claiming the legislation will somehow make ‘us’ safer---by putting all of us in a nice cozy cell.
The bill’s allowance for ‘discretion’, and complete immunity by officials of the State makes it completely untenable.  One should question the judgment of the Governor in rushing this junk law through when she admitted it is flawed and needs ‘fixing’.  One should ask, “Why now, why not after it was ‘fixed’?”  The answer is obvious—political perception of her bid for election as Governor…the position she said she didn’t want, before she slid into it upon Janet Napolitano’s departure.
Probably the most counter-productive part of the bill pertains to the so-called ‘employer sanctions’.  In virtually every case, employers who hire ‘illegals’ also employ far more ‘legals’.  Shutting these businesses down doesn’t just ‘punish’ the evil employer—it also adds a lot of ‘legals’ to the unemployment roles.  That doesn’t seem to be real smart given the current record high unemployment we are experiencing amidst this Depression and economic turmoil.
I spoke to the Minuteman organization the night before they dis-banded.  It was not a surprise to hear that by their own estimates, illegal immigration was down over 80% so there was nothing for them to do.  It appears that the Depression alone has discouraged ‘illegals’ for us, because there’s no opportunity here anymore.
Now the only ‘illegals’ coming across truly are the ‘bad guys’ we’ve all heard so much about.  So, how can we stop them?  I will be submitting my proposal very soon, but in sum, my plan actually stops illegal immigration before ‘illegals’ can even cross the border.  Using passive denial systems that were ironically developed by government for use against Americans who wouldn’t ‘behave’, we can stop all attempts to illegally migrate without waiting on a useless fence or wall to be built.  Denying physical entry altogether will save the taxpayer all of the costs associated with incarceration, feeding, clothing, sheltering, prosecuting and deporting illegal trespassers.
Requiring only those who seek any assistance from government services of any kind, to prove Citizenship makes a lot more sense and will immediately plug the drain on medical and social services being siphoned off by ‘illegals’, and not burden the free Citizens of Arizona.
Instead of shutting businesses down for hiring ‘illegals’ and putting American Citizens out of work, I will suggest a certain penalty to be paid by the employer that will certainly make taking the risk of hiring ‘illegals’ unattractive, but not fatal.
Non-American, criminal ‘illegals’ will be treated first, as criminals, and after prosecution/detention/punishment, will suffer a lifetime prohibition against re-entry.
And finally, should the Federal Government continue to abdicate it’s responsibility to clearly define immigration policy and standards, I will seek to implement the same well-thought-out policy that applies to immigrating to Mexico.  They deport more ‘illegals’ than the US, and their experience is clear from the laws they’ve put in place.
I prefer lower cost, more effective and non-rights-trampling alternatives than does the current Governor, and I believe the people of Arizona do, too.

Barry makes more sense on this issue than anyone else has so far that I know of.

He is right that something has to be done to keep people from entering the country illegally.

I do want to make it known, however, that in the Phoenix area at least there is another obscene law. This is probably overtly in response to the illegal alien problem but is actually a Nazi-istic police state law. Probably an Arpaio idea.

If you are visiting the area, as I recently did, motels are *required* to photocopy your government-issued I.D., and the police pick up those copies. I went to 3 or 4 motels and could not find one that would make an exception. Apparently it is very strict. No freedom, no privacy.

I finally had to be content with writing a note on the copy to the effect that this is contrary to the Fourth Amendment (the motel's rights were being violated).

I won't be back until all this changes.

Barry, Barry he's our man.   This bill is an outrage! Google german jew laws to see where this is heading