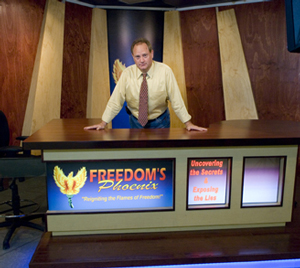 I started to do a 'Slanted Synopsis for the YouTube Impaired', but I didn't get very far.  It's a fairly long video but it is OUTSTANDING watching from beginning to end.  Why do I say that?  Because as I see it, it starts out with a clear difference between the two candidates, and their views on 'control', among other things, and gets clearer and clearer as more information is given to the viewer.  I know I am biased because I am one who refuses to 'sacrifice principle for power - in any form'.  That made it obvious to me which one I (and the Libertarian Party as founded, IMHO) are more aligned with in thought:

“How do you feel about the ongoing tug-of-war  between those who want to hold to our Partys’ principles, and those who are willing to bend the principles to gain popularity and win more votes; which do you

By the time Wayne got to the point where he was talking about how things could be accomplished and said "...

Ernie - thank you for recording and publishing the video of these events!