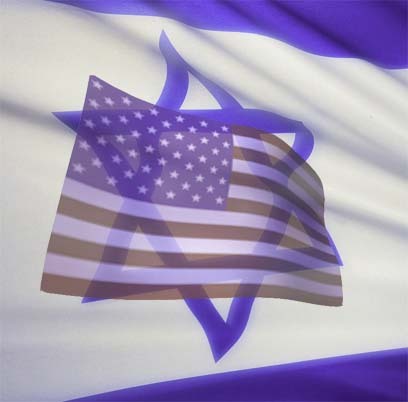 It's notorious for its biased, shoddy reporting, pseudo-journalism, creeping commercialism, distracting non-news, and deceiving listeners it's public, non-profit, and impartial. Savvy media consumers know better and tune them out for delivering the same slanted coverage found on major networks and in broadsheets like The New York Times, Washington Post, and others - grossly favoring power, and when it comes to Israel it's interests matter. Palestinian ones don't, so news is carefully filtered to distort facts, and report lies that when repeated enough become truths.

In its May/June 2004 issue, Fairness and Accuracy in Reporting (FAIR) asked "How Public Is Public Radio?" in examining its guest list choices - on all issues (including Israel), mostly government officials, corporate think tank representatives, professionals representing their interests, and other elite sources, the public comprising a tiny 7%.

"For a public radio service intended to provide an independent alternative to corporate-owned and commercially driven mainstream media," it said, "NPR is surprisingly reliant on mainstream" sources, the public nearly entirely shut out, and when included they're largely nameless "people in the street," quoted in one-sentence sound bites with no impact.

The imbalance is far greater today with few if any Israeli deaths, many Palestinian ones, but few ever reported and when done, it's dismissive, brief, and/or falsified as to the cause.

FAIR October - February 2002 Action Alerts "repeatedly criticized NPR for describing periods when only Palestinians were being killed....as times of 'relative calm (or) comparative quiet,' " yet barely concealing outrage about Israeli deaths, only caused in response to unreported IDF or settler-initiated violence.

"The Israeli military said it was looking into the incident," of course, meaning whitewash, cover-up, and exonerating soldiers to commit repeated atrocities and get away with it - but try finding that explained on NPR or any mainstream US news service where Palestinian suffering is a non-story.

Despite a clear conflict of interest, professional ethics, and NPR policy, she worked as a paid Israeli propagandist, EI writers concluding:

"for some reason or other, Gradstein (was) effectively exempt from NPR's own regulations. These revelations only broaden existing concerns about the integrity of NPR's Middle East reporting and honesty of Linda Gradstein....the sad truth is that (she) rarely (met the minimum) standards," nor do other NPR reporters covering foreign or domestic policies. They like other major media reporters are paid liars.

Jews claim all Jerusalem as its historic capital, Prime Minister Benjamin Netanyahu declaring, during a May 22, 2009 Jerusalem Day ceremony (commemorating the city's 1967 reunification), that:

"United Jerusalem is Israel's capital. Jerusalem was always ours and will always be ours. It will never again be partitioned and divided."

For Muslims, it's Islam's third holiest site, containing the 35-acre Noble Sanctuary (al-Haram al-Sharif), including the Al-Aqsa Mosque and Dome of the Rock. Palestinians claim East Jerusalem as its capital, yet Israel is dispossessing them one settlement expansion and home demolition at a time, world leaders turning a blind eye, letting it happen, despite disingenuous opposition rhetoric often quoted in mainstream reports, including NPR.

NPR calls the city "Israel's capital," its "undivided (or) unified capital," with a historic claim to it all. In contrast, Occupied East Jerusalem is dismissed as "disputed territory," its final status "only (to) be determined through negotiations" that may or may not occur, but given how previous ones were structured it won't matter.

In three accounts, NRP quoted Netanyahu saying "The Jewish people were building Jerusalem 3,000 years ago," despite Judaic roots dating only from around 1,800 BC, the Old Testament calling Abraham the first Hebrew for refusing to worship the period's common idols, and organized Judaism dates from Moses around 1,500 BC.

Other reports described expropriated areas as idyllic "neighborhood(s)," hilltop "communit(ies)," pious Jews there "focus(ing) on their religious studies and pay(ing) little attention to the outside world." Their large families require settlement expansions to accommodate them, so Palestinians have to go, no matter that they and their ancestors lived there for centuries.

Yet Israelis say East Jerusalem's 250,000 Palestinians have no historic claim to the city they "want" for their "future state" and "aspire" to be their capital - mindless that it already is and that no government, including America, recognizes Jerusalem as Israel's capital or has an embassy there.

Though rarely discussed or reported, world governments and the International Court of Justice (ICJ) consider East Jerusalem occupied. Even the ICRC says so, calling Israeli actions there "illegal" under international law, specifically the 1907 Hague Regulations and Fourth Geneva's Article 49 stating:

In addition, numerous UN resolutions established "no legal validity" for occupied land acquisitions or settlement building. When violations occur, no nation may recognize or support them or the responsible state.

Further, the 1960 Declaration on the Granting of Independence to Colonial Countries and Peoples condemned "colonialism in all its forms and manifestations," including settlements deemed to be illegal.

International laws are clear and unequivocal. NPR never reports or explains them - that:

-- all Israeli settlements are illegal;

-- growing numbers of Jews oppose them;

-- many support the global BDS movement (boycott, sanctions, and divestment);

-- Palestinians are systematically persecuted, terrorized, and denied rights afforded solely to Jews, and are being dispossessed of property they owned and did "most of the building (on for) over the last 1,500 years."

Their voices are virtually shut out. Instead, feature interviews are presented like "All Things Considered" host Robert Siegel's with Israel's US ambassador Michael Oren, saying:

Or another with Martin Indyk (former US Israeli ambassador and Netanyahu brother-in-law) hyping Iran as an "existential threat" when last September Reuters quoted Defense Minister Ehud Barak saying "Iran does not constitute an existential threat to Israel....Israel is strong. I don't see anyone who could pose an existential threat," though he called Iran a challenge to the whole world without being more specific.

NPR pro-Israeli propaganda persists in deference to the Israeli Lobby and its funding sources, much of it corporate, from special interest foundations, and wealthy donors strongly supportive of Israel as are virtually every member of Congress and all administrations, Republican and Democrat.

No matter, according to a FAIR May 17, 2005 Action Alert headlined, "CPB (the Corporation for Public Broadcasting) Turns to NPR as Latest 'Bias' Target." It quoted a May 16 New York Times report about the CPB considering "a study on whether NPR's Middle East coverage was more favorable to Arabs than to Israelis - further evidence that the agency intends to police public media for content it deems too 'liberal.' "

Past FAIR analyses clearly exposed NPR's pro-Israeli coverage - recently more extreme, making it impossible for listeners to know truths NPR suppresses, much like The New York Times and rest of America's print and broadcast media, in contrast to Haaretz writers Amira Hass and Gideon Levy who tell it heroically to Israeli and world readers.

They refused, threatened to inform the FCC, were fired, and sued - a district court jury deciding on their behalf, awarding Acre alone $425,000 in damages. Fox appealed and won, the Appellate Court saying Acre wasn't protected under Florida's whistleblower statute, it loosely interpreted to mean employers must violate an adopted "law, rule, or regulation." Fox simply followed "policy" entitling its stations to lie - whether on product safety or falsifying facts about the Israeli-Palestinian conflict.

NPR and other US major media operations take full advantage, keeping their listeners and readers in the dark and uninformed, while Palestinians are systematically persecuted, out of sight and mind, except for people concerned enough to learn the truth and tell it.

Those jew loving liberals what is the matter with them?

As my favorite rapper Immortal Technique says The jews are all evil and Palestine is awesome.

The link is not to the essay mentioned.  However, the headline made me laugh.  I listen to NPR daily and have for many, many years.  NPR NEVER says anything good about Israel.  Their segments are about Arabs within and without Israel--usually about put-upon Palestinians.  I think Lendman's own bias doesn't allow him to see reality.