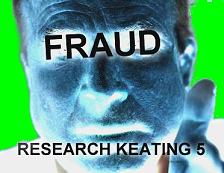 Sometimes I think McCain still believes we're living back in the 70's where no one had cameras or Tivos.

To be honest this video is more about McCain's constant lying and flip flopping than amnesty. One thing is for sure, do NOT trust this man or the company he keeps.
I am NOT for amnesty but I'm also NOT in favor of some biometric slave card issued by a corrupt government to illegals or citizens alike.
The government has no right to coerce or force individuals to work and/or not work for someone or dictate how much their labor can be exchanged for. THAT my friend, is not freedom.
John McCain's ultimate goal along with his masters has been to create a national biometric ID card with a barcode just like the palestinian prisoners have to carry in GAZA.
They will try to implement this crap via a slave card for illegals first, (which will translate to amnesty) then it will be implemented on the American citizens. Without this card you will not be able to work. This is done in order for the government to get steady stream (cut) of your labor. THAT, my friend is not freedom, that is tyranny.

Essentially they want to bar code everyone for the corporation called THE UNITED STATES OF AMERICA. Just because we're already screwed and bar coded (SS CARD, Drivers license, birth certificates etc) does not mean we should advocate that other people get bar coded and/or marked.

Shouldn't all citizens strive to be undocumented from the government?

What are your thoughts? What would be your solution?

Juan McShame is no more than a Retarded Puppy ...his wife feeds him from a bowl.

Why is EVERYONE AFRAID to ask McShame why he did what he did to the "NAVAJO"?