By Ed Vallejo
Saturday, June 5th, 2010
Since moving from a two bedroom apartment into a three bedroom 'investment home' owned by the Wife's second-oldest Daughter (why pay rent to someone you don't know?), I have a little more elbow-room to deal with.  The place we moved into has a strip of bare dirt between the other side of the pool fence and the back wall that my mind devoted to producing food the moment I saw it when first touring the perspective property. 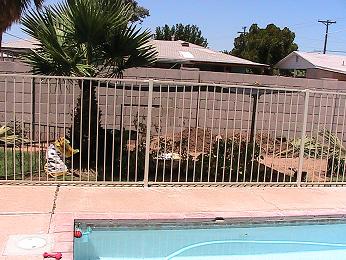 I had never really grown anything other than a tomatoe here and there out of pots on the apartment back porch.  We had always been successful with these, especially the 'Cherry' type of little tiny tomatoes.  We always had them available for our salads, and they were always more flavorful that anything we would by in the grocery stores.  I like to eat salads alot, and they are healthy to begin with, so I was bound and determined to make a go of supplying the family table once I had space to do it in.
I have a close friend that has grown lettuce and carrots and other vegetables in his backyard for years, but over time I have seen his soil depleted, and he has trouble growing anything right now, so I decided to go slow to begin with, and feel my way with the soil I had.
I purchased a tomatoe and a pepper plant, and put them in the back with a cherry tomatoe that we had on the front porch.  The soil was hard packed, and I had to make a hole larger than the pot the plants were in, and used some potting soil around them.
Not enough it seems. The produced fruit slowly, and lost a lot of their leaves.  They didn't like the direct sun all day long, so I partially shaded some of it.  The drainage of the hard-packed dirt around the soil was almost nil, and the plants didn't seem to like that.  I dug bigger holes around everything, and added some bell peppers and some more tomatoes.  As I was getting the feel of what they needed and saw them taking off, I grew more confident of what I was doing, and have been taking off fruit in bigger quantities.
Tomatoes 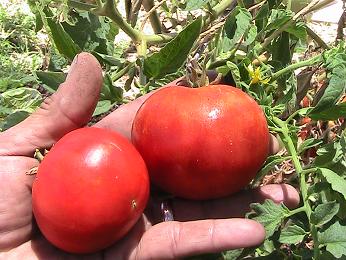 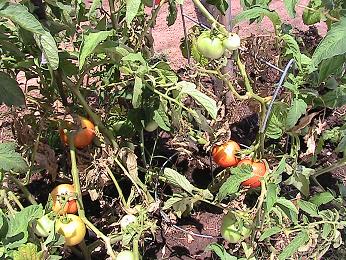 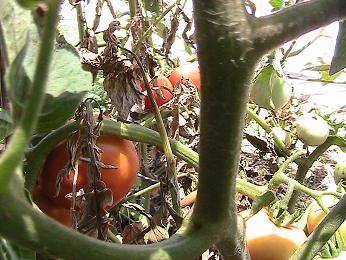 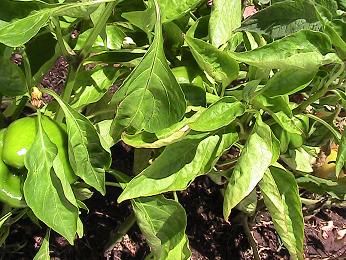 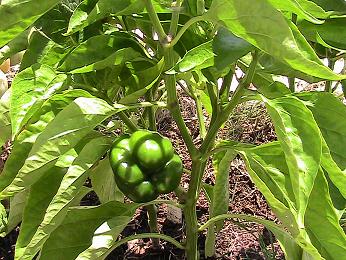 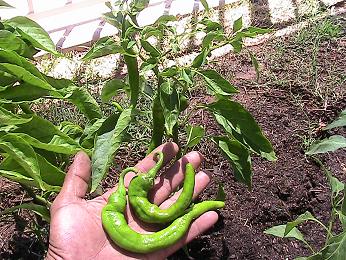 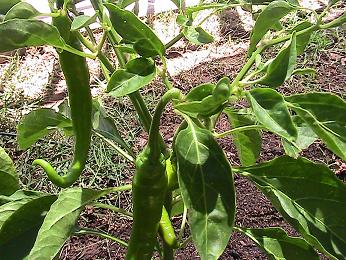 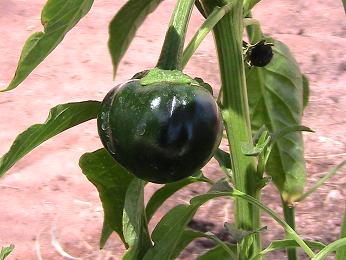 all in about a three foot by five foot plot! 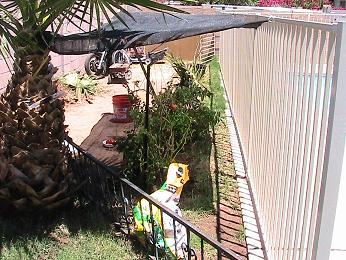 Yes, my water bill did go up, but not really that much considering I put in new grass in the front and back.  I don't think the vegetables are the cause of that.
The salad additives are worth it, and when I put in lettuce this winter along with some other veggies, it will be more than worth it. 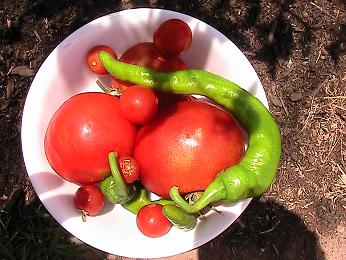 360 Billion Locusts And Growing – A Plague Of 'Biblical Proportions'...