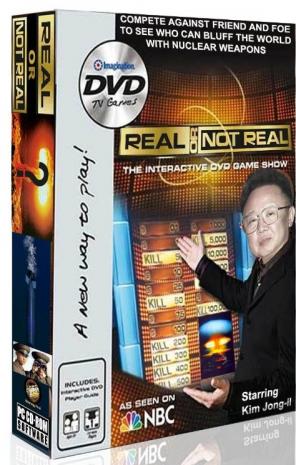 This writer's May 5 article included a history of noted previous ones, accessible through the following link:
http://sjlendman.blogspot.com/2010/05/new-york-car-bomb-incident-another.html.

Besides constant Middle East tension, more now looms after North Korea was blamed for the March sinking of South Korea's Cheonan warship near the western border with the North.

"A South Korean Navy patrol ship sank....after suffering damage to its hull....raising suspicions about the possible involvement of North Korea, whose navy has skirmished with South Korean ships in the waters off the Korean Peninsula."

Then on May 19, Sang-Hun headlined, "South Korea Publicly Blames the North for Ship's Sinking," saying:

"South Korea formally accused North Korea....of responsibility for the sinking....killing 46 sailors in one of the deadliest provocations" since the July 1953 Korean War armistice, leaving a "state of war" in place to this day. Also, longstanding economic sanctions in violation of the armistice and UN Charter's Article 39, permitting them only to restore international peace and security during war or when they're verifiably threatened.

-- "North Korea is seen as posing a threat to US national security," although for years Pyongyang sought normalization and was rebuffed;

-- "North Korea is designated by the Secretary of State as a state sponsor or supporter of international terrorism," despite no evidence to prove it;

-- "North Korea is a Marxist-Leninist state, with a Communist government," though nothing in international law prohibits it; and

-- "North Korea has been found by the State Department to have engaged in proliferation of weapons of mass destruction," - true or false, America not only proliferates, it threatens their use preemptively against any nation perceived as a threat, even non-nuclear ones.

Claiming a North Korean attack, Seoul said there's "no other plausible explanation....The evidence points overwhelmingly to the conclusion that (a) torpedo was fired by a North Korean submarine," even though none was detected in the area.

"The United States strongly condemns (this) act of aggression. (It's) one more instance of North Korea's unacceptable behavior and defiance of international law. The attack constitutes a challenge to international peace and security and is a violation of the armistice agreement."

South Korea investigator Yoon Duk-yong said fragments were found, consistent with North Korean torpedo specifications listed in materials it distributes to export them, and they matched a stray Pyongyang torpedo found seven years ago. He added that the Cheonan "was split apart and sunk due to a shock wave and bubble effect produced by an underwater torpedo explosion (manufactured) in the North."

Pyongyang categorically denied it, calling it a "fabrication," threatening "full-scale war." Seoul refused its offer to send inspectors to challenge the allegation, forcing its Notational Defense Commission, headed by Kim Jong-il, to threaten retaliation against any further provocations.

On June 4, AP reported that, for the first time, South Korea officially referred North Korea to the Security Council, its ambassador Park In-kook handing a letter to Mexico's Claude Heller, its current president, asking for a response to "deter any further provocations."

On May 23, Japan Today released poll numbers showing more of their readers think America, not North Korea, sunk the ship: 48 - 46%, and at one point Washington lead by 10 points.

Appearing on Democracy Now on May 27, Korean expert Bruce Cumings discussed similar past incidents, including in 1999 when "a North Korean ship went down with 30 sailors lost and maybe 70 wounded." Then last November, another "North Korean ship went down in flames. We don't know how many people died in that. This is no man's land....off the west coast of Korea that both North and South claim. We have no idea what" happened to the Cheonan, but whatever did "is being blown way out of proportion."

Aggression or a False Flag?

The incident begs the question as to what Pyongyang could possibly gain from an attack, especially since for years it's wanted a formal end to the Korean War, a lasting peace, and normalization with America and Seoul, despite decades of betrayal and snubs by successive US administrations, Obama no different than his predecessors.

Writer Stephen Gowans calls the North a "product of its history," from Japan's colonization through "its daily struggle with the United States to survive." Like other nations, it rejects domination, wants its economic and political sovereignty recognized, and normalization with its neighbors and the West. Washington has other aims, its customary imperial ones, needing enemies that would have to be invented if they didn't exist. In Asia, it's North Korea like Saddam was in the Middle East and the Soviets were during the Cold War. As a result, it's been vilified, isolated, and called a regional threat, again after a very suspicious incident, unlikely that Pyongyang caused. So who then?

Stephen Gowans also is suspicious, saying the sinking had "all the markings of another Gulf of Tonkin incident (by) the aggressor....accus(ing) the intended victim of an unprovoked attack to justify a policy of aggression under the pretext of self-defense."

Key perhaps was to pressure now former Japanese Prime Minister Yukio Hatayoma "to reverse course on moving the US Marine Corp base off Okinawa," Japan's southern-most, poorest prefecture, home for thousands of US troops.

Since WW II, America has maintained 88 bases in Japan, 37 on Okinawa, a tiny sliver of land about the size of a large US city. Understandably, Okinawans are furious, and with good reason. Their choicest real estate was stolen. They've practically been pushed into the sea, and for decades US forces have committed thousands of robberies, rapes, homicides, assaults, and other abuses they'd never get away with at home.

On Okinawa, they're subject to "administrative discipline" under US jurisdiction, not Japan's, the result of America's Status of Forces Agreement (SOFA) Article 17 (on criminal justice) stating:

In other words, it shields US felons from prosecution under Japanese law, whisks them out of the country to avoid it, and creates an intolerable situation for Okinawans or wherever US forces are stationed. The Pentagon is in charge, not the host country. Imagine how that would go down in America if, say, China or Russia had bases here. Okinawans have no choice but to protest as 100,000 did in late April, to no avail.

After the Cheonan's sinking, Hatoyama agreed to change course, clearly Washington's aim that has everything to gain from stoking tensions, even more conflict, to gain popular support for diffusing a threat by a self-proclaimed nuclear power that threatens only self-defense if attacked.

"The Cheonan, an ASW corvette, was decked out with state-of-the-art sonar, (and) was operating in waters with extensive hydrophone sonar arrays and acoustic underwater sensors." Yet it detected no evidence of a submarine, mini-sub or torpedo in the area. Everything was quiet at the time.

However, Baengnyeong "hosts a joint US-South Korea military intelligence base," US Navy SEALS, and four US ships were in the area for a joint exercise. Further, the suspect torpedo's "metallic and chemical fingerprints" were German, not North Korean as claimed. Germany sells no torpedos to Pyongyang. It does to Israel and the Pentagon.

Other red flags further arouse suspicions, including the "presence of the USNS Salvor," a Navy salvage ship, earlier involved "in mine laying activities." Former Japan Times editor Yoichi Shimatsu reported them at lower depths, able to explode with enough force to sink the Cheonan. He also said Pyongyang has no underwater vessels stealthy enough to slip past Byeongnyeong Island's advanced sonar and audio detectors.

Navy SEALS may have attached "horizontally fired anti-submarine mines on the sea floor of the channel (or perhaps) a magnetic mine to the Cheonan, as part of a covert program aimed at influencing public opinion," stoking tensions enough to get Japan and South Korea to want our forces in the region - Washington's aim by whatever means, including perhaps sinking an ally's ship and killing 46 members of its crew, a minor externality to tighten its imperial grip, even at the risk of all out war.