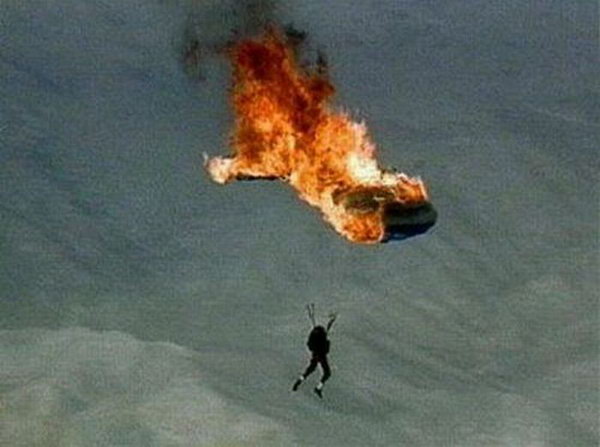 Sometimes you CAN get too close to the action.

Mere days after the tolling of the deadline for filing signature challenges, they were on statewide TV—the folks seeking the Republican nomination for Governor.  The free and statewide soapbox is mandated in any contested Primary election, without regard to Party, that includes a candidate who seeks to “participate” in the “Clean Elections” scheme.  I believe all, but one, are looking forward to Arizonans funding their political aspirations for elective office among the Republican Competitors.  To hear them talk, they don’t “believe” in Clean Elections, so they’ll “get rid of it”—right after they use it to get in office.  Uh, huh.

The Democrat doesn’t get one, because his race is uncontested.

But wait a minute, isn’t there another ‘Major’, ballot-qualified Political Party?  There is, the Libertarian Party—the one that has never strayed from its philosophical principles in almost 300 years, nor have they abandoned their Bill of Rights contribution to the formation of, these united States of ‘America’.  Surely they wouldn’t have a contested Primary, or even a candidate willing to “participate” in "Clean Elections”, right?  What, they do?  Yep.

Could it be that the Libertarians were conveniently ‘over looked’, or maybe the CEC just ‘assumed’ that participation in public political funding schemes is so obviously “un-Libertarian” or dishonest, that following the law and setting up the required debate forum, for ‘em, never crossed their minds.  Or did it?  It couldn’t possibly be that the CEC is hesitant to actually have ALL the political options be heard by the voting public, could it?  Naw, that would just be too ‘wrong’.

Right after I heard there was some guy who signed up as a Libertarian less than two months ago, and also signed up for public funding, I started getting people asking if I ‘put the guy up to it’—just to embarrass the CEC.  The answer is…Nope, it’s all on him. (But it has given me, and other Libertarians, some ideas for the future.)

While any candidate who would even consider taking public funds obviously isn’t following the Libertarian philosophy, he still tripped the switch and crossed the threshold, the CEC, a “non-partisan” group, is required to provide the forum—so when are they going to tell the candidates when it will be?  I can’t wait to get all gussied up for it, let alone spread the message of individual liberty and (small) servant government all across Arizona.

Channel 8, and state wide exposure!  Woo-Hoo! The People of Arizona just might get to see the political choice the Olde Media and news outlets have been hiding for a very long time—then again, the CEC might just expose themselves and prove the bumper sticker true: “Only Criminals Support Political Welfare”[referring to the funds coming from a special tax on speeding tickets and the like].

I look forward to using the opportunity to point out the contradiction in a Libertarian even considering taking the dirty money fronted by the “Clean” Elections Commission. How could an honest candidate tell the people of Arizona they would lessen their burdens (costs)---by taking MORE of their money?  That’d be silly.

Who knows if the People of Arizona will now consider going “all the way” and eliminating the very expensive, taxpayer-funded choosing of a private political club’s candidate for office (The ‘Primary’ election), but it certainly should get them thinking about it. We’re talkin’ mega millions here, and we’re in a Depression.  I think it’s time to cut this kind of ‘fat’ from the budget, let the Political clubs pick their champion to throw into the General election, and get to work re-building ourselves.  We have some work ahead of us.

'We the People' Lose

Doug Casey: How To Solve The Problem Of Politics In The Divided States Of America

Xi's Political Rivals Run For Cover: "A Purge Is Coming - Be Careful"