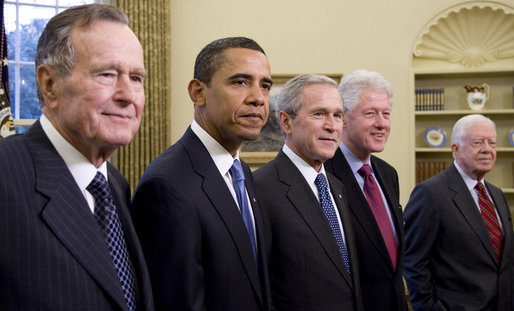 For months, US media reports distorted and lied about its severity, running cover for BP and the Obama administration, now practically avoiding the crisis altogether as it worsens. An August 20 Inter Press Service report is revealing, quoting Biloxi, MS fisherman Danny Ross saying hypoxia (depleted oxygen) is driving horseshoe crabs, stingrays, flounder, dolphins, and other sea life "out of the water" to escape. Another area fisherman, David Wallis said he's "seen crabs crawling out of the water in the middle of the day."

Other reports cite strange marine life behavior, sighted near the surface when they normally stay well submerged. Alabama fisherman Stan Fournier said in 40 years of work, he's never seen anything like it. "It looks like all the sea life is trying to get out of the water," unable to breathe in their normal habitat, what US media reports won't touch, instead hyping success, saying BP's well capped and most oil dissolved when, in fact, it won't degrade for decades, remaining a lethal cocktail combined with dispersants, killing wildlife and poisoning anyone eating it, assuring a coming epidemic of cancers and other diseases.

On August 19, National Oceanographic and Atmospheric Administration (NOAA) senior scientist Bill Lehr, in testimony before the House Energy and Commerce Committee, retracted his earlier claim about most oil dispersed and dissolved. He now says "I would say most of that is still in the environment," as much as 90%, only 6% burned and 4% skimmed, the rest contaminating a large part of the Gulf, spreading, and devastating wildlife.

In addition, on August 19, the journal Science published a Woods Hole Oceanographic Institution (WHOI) study, confirming a giant oil plume floating about 1,200 meters below the surface - 35 km-long (22 miles), two km wide, and 200 meters thick. Persisting "for months without substantial biodegradation," it poses a serious threat to sea life, one of the article's writers, Dr. Chris Reddy, saying, "At this point, we know the plume exists, and we know more about its potential biological activity in the future" and harm it can cause.

It'll be years before the full extent of damage is known. However, it's already extensive and extremely dangerous, containing 50 micrograms per liter of "a group of particularly toxic petroleum compounds," 6 - 7% of it a deadly benzene, toluene, ethylbenzene, xylene cocktail - released from BP's Macondo well, the evidence clearly showing it according to research team head Richard Camilli.

He expects the plume to spread and biodegrade very slowly in cold waters. In addition, other independent researchers discovered other even larger plumes. University of Georgia Marine Sciences Professor Samantha (Mandy) B. Joye said the WHOI plume "doesn't hold a candle" to one her team found in May. Nonetheless, BP and Obama officials signaled an all-clear, denying their existence and the catastrophic disaster, out of sight and mind instead of dealing with it responsibly.

It's why on August 23, the Union of Concerned Scientists alerted members and supporters to "Help end America's dangerous addiction to oil," saying for decades it's warned about the US's "misguided energy and transportation policies (instead of) promoting innovative solutions to reduce our dependence on oil. (The Gulf disaster) is a painful reminder of the work" left to be done and urgency of doing it.

The Center's team saw "firsthand how oil is still killing wildlife and fouling beaches and marshes. This crisis is far from over." Grand Isle, LA beaches were contaminated with oil, liquid surface pools and more mixed with sand in hardened mats along the water's edge.

"Some beaches appear fine from a distance but are actually sitting atop massive amounts of oil, which bubbled to the surface when the team walked across the sand. Digging into (it) with rubber gloves," oil was found six inches below the surface. Crabs and birds are covered with it as they cross beaches or marsh land. "Fish and sea turtles are forced to swim through oil on the surface and below," looking for food. "In short, (the Gulf) is still an oily mess despite rosy assertions" by BP and Obama officials, claiming most oil is gone. They know damn well it's there to stay, poisoning everything it touches.

Firsthand Reports from the Gulf

Tar balls are everywhere. "In some places, there are literally huge mats of fresh tar....The scene is apocalyptic....It is one of the more disgusting, vile scenes I've even seen....All we can do is take photos. The stench is overpowering. I gag. My eyes water from the burning chemicals....I feel dizzy." The entire Gulf Coast has been raped and destroyed. Official coverup is criminal.

Only time will assess the full damage on humans and wildlife. However, the toll already is devastating, the Obama administration complicit with BP, culpable for a crime they want suppressed, ignored and forgotten, what will affect the lives of millions perhaps forever.

According to Florida State University ocean scientist Ian MacDonald: "The (disaster's) imprint will be there in the Gulf of Mexico for the rest of my life. It is not gone," and won't ever "go away quickly," warning of a potential tipping point beyond which wildlife and the ecosystem won't recover, the crossed Rubicon after which return no longer is possible, a shocking assessment perhaps already true.

Benzene also causes leukemia, and toluene "is a recognized teratogen (causing embryo malformation) at high doses." Naphthalene and other higher molecular weight chemicals are "reasonably anticipated to cause cancer in humans...."

Released hydrogen sulfide gas, nonvolatile polycyclic aromatic hydrocarbons (PAHs), and heavy metals from oil "can contaminate the food chain. Hydrogen sulfide gas is neurotoxic and has been linked to both acute and chronic CNS (central nervous system) effects. PAHs include mutagens and probable carcinogens. Burning oil generates particulate matter, which is associated with cardiac and respiratory symptoms and premature mortality."

"People and businesses seeking a lump-sum settlement from BP's $20 billion oil spill compensation fund will most likely have to waive their right to sue not only BP, but also all the other major defendants involved with the spill, according to internal documents from the lawyers handling the fund."

In other words, the fix is in, Obama and BP officials conspiring to let responsible parties off the hook, settlement terms designed to deny victims just compensation and for many, perhaps most, none at all, given the strict guidelines of eligibility required.

Claims czar Kenneth Feinberg is a notorious "fixer," mandated to save BP, Transocean, Halliburton, and blowout preventer maker Cameron International potentially tens of billions in liabilities, strong-arming victims to waive their right to sue in return for amounts too meager to matter.

According to Urbina, the dilemma for those suing is deciding between "years of litigation (or) accept(ing) the (offered) settlement....before the full (extent of) damage" is known. Most important is that "those who cannot demonstrate damages caused by the direct impact of oil on beaches and fisheries will be ineligible for money."

For example, small businesses, not located directly on affected beaches, experiencing sharp revenue drops "will not be able to receive compensation...." in violation of the federal Oil Pollution Act that excludes geographical limitations. The same holds for area residents living away from the shoreline.

As point man, Feinberg will deny, obstruct, and let criminal defendants off the hook, then (on BP's payroll) be handsomely paid for his services, the same ones he performed earlier for Wall Street banks, Agent Orange producers, asbestos manufacturers, and Dalkon Shield maker AH Robins as well as against 9/11 victims.

Only corporate interests matter, not people whose lives they destroy, Obama officials doing nothing to help them - instead being complicit partners in the greatest ever environmental crime, whitewashing it by giving the all-clear, declaring "mission accomplished," and protecting corporate criminals at all costs.

1 Comments in Response to America's Gulf: Updating the Greatest Ever Environmental Crime