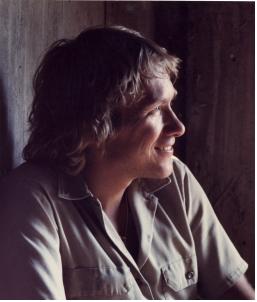 Dear Friends,
It is with great sadness that I must report to you the news of the passing of my great friend and hero, Kent Knudson.  Kent had been suffering from depression over yet another traumatic legal difficulty and facing two felony charges, on top of his "Cowcrap" conviction.  The pressures of this latest legal action taken against him, the possibility of 3 years of jail time, and other factors lead him into a depression from which Kent had decided to take matters into his own control, ending his life.
This has been a very difficult time for me and Sarah, and others who were close to Kent.  I ask you to come together at Kent's memorial service to reflect and celebrate with us Kent's life, pursuits and achievements.
Memorial services will be held on Wednesday, October 6th at 7pm, at the Arizona Biltmore Resort, in the Aztech room right off of the main lobby of the hotel.    Dress as you feel appropriate, formal or activist attire is acceptable.
Thank You,
Sham Rao
623-229-4754
harlequin516@styk.net

OBITUARY
Kent Randolph Knudson
November 11, 1949 - September 25, 2010
Although schooled in Engineering Mathematics, Kent's greatest contributions are the result of his life long career as an photographer.  Having licensed his works to commercial stock agencies, advertisers, and marketing companies, Kent's art has dominated and influenced all of his life's pursuits.
Kent's later life was radically altered as a result of an unfortunate cascading injustice at the hands of the government.  During the years that Kent spent caring for his beloved mother who was developing Alzheimer's disease, Kent fell into legal trouble as a result of attempting to safeguard his mother against an invading herd of cattle on their 40 acre ranch near Snowflake, AZ.
Compelled into a new life of social justice and activism, Kent sought to fight the injustices he has suffered as a consequence of his "Cowcrap" ordeal, devoting his activist efforts towards:
1.  Repealing Open Range Laws
2.  Ending Malicious Prosecution
3.  Facilitating Prison Reform, and Inmate Human Rights
4.  Promoting Jury Nullification and Court Reform
Among other activist pursuits, Kent is well known for leading the 9/11Truth movement in Phoenix, AZ and hosting a 9/11 Truth and Accountability conference.  He also supported various other Peace and Justice causes including: Ending the US military occupations, defending human rights,  environmentalism and sustainability.
Kent is survived by his sister Cathy Leavitt, nephews Brent Leavitt & Thomas Leavitt, niece Paula Thompson, companion Sarah Fox, longtime friend Sham Rao, his cat Ewok, and the Social Justice Activist Community.
Kent will be missed mostly for the passion and drive with which he lived and demonstrated throughout his life and art.
SERVICES:
A memorial service will be held at the
Arizona Biltmore Resort
2400 East Missouri
Wednesday, October 6th, 2010
Visitation: 7-8pm  Rimrock Room
Memorial: 8-10pm   Aztec Room
http://maps.google.com/maps?hl=en&daddr=2400+East+Missouri+Road+Phoenix,+AZ+85016&z=15
Burial:
Snowflake Cemetery
Snowflake, AZ
Saturday, October 9th, 2010  @3pm
For more information:
Sham Rao
623-229-4754
harlequin516@styk.net