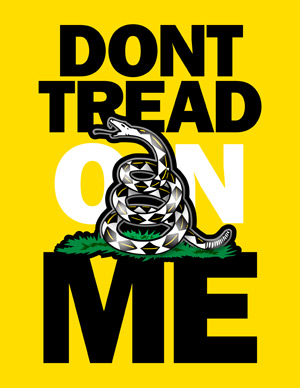 PHOENIX –The Goldwater Institute has asked a federal judge to issue a temporary restraining order against Maricopa County officials who have pledged to stop voters from wearing clothing that mentions the phrase “tea party” on Election Day, even when such clothing does not attempt to influence other voters.

The motion seeks to protect the free speech of voters such as Mark Reed of Scottsdale, who wants to wear a tea party T-shirt when he votes Tuesday, Nov. 2.

“Maricopa County plans to go far beyond protecting the right to vote freely and will completely suspend the First Amendment at more than 1,100 polling places on Election Day,” said Clint Bolick, the Goldwater Institute’s litigation director. “Election officials have a legal and moral duty to defend our fundamental freedoms, including the freedom of speech.”

On Oct. 20, 2010, U.S. District Judge James A. Teilborg issued a temporary injunction against Coconino County in a lawsuit filed by the Goldwater Institute to protect the right of members of the Flagstaff Tea Party to wear their T-shirts while voting on Tuesday.

However, Maricopa County Elections Director Karen Osborne has said poll workers in her county will instruct voters to not wear or to hide any clothing that mentions a tea party group. “The tea party shirts would be seen as campaigning and would be inappropriate to be worn inside the polling place,” Ms. Osborne told the East Valley Tribune. The Goldwater Institute has an affidavit from a poll worker who confirms her training included instructions to not allow voters to wear clothing that refers to any tea party group.

“State law classifies electioneering at polling places as a misdemeanor crime. Maricopa County is using the threat of a possible investigation after the election to intimidate voters into giving away their constitutional rights,” said Diane Cohen, the Goldwater Institute’s lead attorney in this case.

The Goldwater Institute Scharf-Norton Center for Constitutional Litigation represents Mark Reed, who intends to vote Tuesday while wearing a T-shirt that says “Tea Party: Principles Not Politicians” and includes a “Don’t Tread on Me” logo.

Read more about this and other Goldwater lawsuits to protect individual rights and keep government within its constitutional limits at www.goldwaterinstitute.org/litigation. The Goldwater Institute is an independent government watchdog supported by people who are committed to expanding free enterprise and liberty.