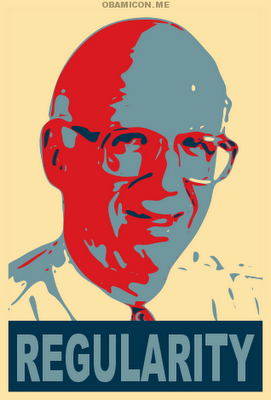 Currently writing a twice-weekly Washington Post column, Broder is called America's "dean" of political journalists, having covered every presidential campaign since Kennedy-Nixon. At age 81 (ironically born September 11, 1929), his bio lists an array of awards as well as accolades like:

-- the high priest of political journalism;

-- the most respected and influential political journalist in the country; and

-- Least Ideological," among others.

Phew, for a man distinguished more for supporting power and privilege than delivering real journalism, the kind found nowhere in the dominant media, especially in establishment broadsheets like The New York Times and Washington Post. Both papers and their star reporters are plagued by conflicts of interest, Broder more than most. Atop the media food chain, maybe all, and it shows.

-- on October 7, 1969 he "lament(ed) that the nasty anti-war activists were out to 'break' an unfairly maligned president named Nixon;"

-- in 2005, he "touted President Bush's response to Hurricane Katrina;"

-- in 2006, he "praised Dick Cheney and Donald Rumsfeld as 'stalwarts of economic and national security policy;' "

-- the same year he wanted journalists "to apologize to Karl Rove" for outing Valerie Plame; and

-- besides other hard-right extremists, he supports Joe Lieberman and John McCain.

During Lieberman's 2006 reelection campaign, he wrote (WP, July 30): "Lieberman's three decades of constituency service - the jobs he's saved, the grants and contracts he's helped secure - entitle him to another term."

During the 2008 presidential campaign, he said (WP, April 24): "in an age of deep cynicism about politicians of both parties, McCain is the rare exception who is not assumed to be willing to sacrifice personal credibility to prevail in any contest."

"I like Karl Rove....we had many long and rewarding conversations. I have eaten quail at his table and admired the splendid Hill Country landscape from the porch of his historic cabin (he) and his wife Darby found miles away and had carted to its present site on their land."

"....there should be no prosecution of those who carried out what had been the policy of the United States government," including amnesty for "lawyers and bureaucrats who devised and justified the Bush administration practices." No matter that grievous war crimes were, and continue to be, committed, including genocide, torture, and the destruction of two countries, among others. Embodying Beltway values, Broder advocates immunity, saying prosecutions "cloak an unworthy desire for vengeance." Clearly, justice and the rule of law aren't issues that concern him.

On September 18, 2006, Glenn Greenwald called him a "Poster Child for the sickness of American journalism." Aging more hasn't mellowed him.

"pure establishment; he evades tough issues, joins almost every establishment crusade (NAFTA, Persian Gulf war, Soviet Threat and military buildup, welfare and entitlements out of control), and devotes maximum attention to election horse-racing. He also never fights for principles against strong establishment opposition - thus, while disliking Reagan's Central American wars, he simply abandoned the subject, giving the floor to (right-wing extremists like George) Will, (Charles) Krauthammer, and the administration. So Broder never bothers anyone important, adapts beautifully to class and imperial warfare, and is the ideal liberal for an era of counterrevolution."

On October 15, 2010, Harper's Washington editor Ken Silverstein called him "the ultimate expression of someone who cannot see beyond the absolutely narrow confines of established wisdom in Washington."

"Take Sarah Palin seriously. (Her Nashville) keynote address to the National Tea Party Convention (and) her debut on the Sunday morning talk show circuit with Fox News' Chris Wallace showed off a public figure at the top of her game - a politician who knows who she is and how to sell herself, even with notes on her palm. This was not the first time (she) impressed me," referring to her vice presidential acceptance speech in 2008, calling her "populist" advocacy for "conservative principles and common-sense solutions....perfectly conventional."

"The lady is good," he concluded, his column more delusional than serious about an extremist moron. During the 2008 presidential campaign, AP said "She has more experience catching fish than dealing with foreign policy or national affairs." She's no better informed today or has the intellect to grasp big issues.

Moreover, in 2008, she was only notable for being chosen despite no qualifications for the job, let alone for president. Let alone for governor or any other public office. She's extremist, incompetent, and a testimony to corrupted politics, neither party with a lock on who's worst, both infested with warmongering anti-populists.

On October 31, he headlined, "The war recovery" saying:

"....Democrats have fallen into a peck of trouble and may lose control of Congress, but even they do, Obama can still storm back to win a second term in 2010."

However, economic conditions will test him, the nation "suffering from high and persistent unemployment, lagging investment, massive public and private debt, and a highly inefficient tax system." So far new growth hasn't been spurred, and if Obama can't do it, "he is unlikely to be reelected."

With that dilemma, Broder suggests an "obvious" solution, "but its implications are frightening." With America already waging three wars, against Iraq, Afghanistan, and Pakistan's North and South Waziristan regions, he says "War and peace influence the economy," crediting WW II for ending the Great Depression, then adding:

"Here is where Obama is likely to prevail. With strong Republican support in Congress for challenging Iran's ambition to become a nuclear power (suggesting weapons with no proof), he can spend much of 2011 and 2012 orchestrating a showdown with the mullahs. This will help him politically because the opposition party will be urging him on. And as tensions rise and we accelerate preparations for war, the economy will improve."

Saying he's not "suggesting (Obama) incite a war to get reelected, he adds that the nation will rally around (him) because Iran is the greatest threat to the world in a young century." Again, no proof or the fact that, unlike America, Iran threatens no one and hasn't attacked another country in over 200 years. Broder's hyperbole, however, is that if Obama "contain(s) Iran's (legal) nuclear ambitions, he will have made the world safer and may be regarded as one of the most successful presidents in history."

A truly astonishment assertion and utter disconnect with reality. The man is senile. The US/Israeli/UK alliance (the real axis of evil) alone threaten world stability, peace, and perhaps survival, what the "dean" of establishment journalists won't suggest, not even hint.

At age 81, he's still atop the Beltway media food chain, appearing twice weekly in the WP, regularly as a TV pundit, moonlighting for huge speaking fees (calling it corrupting in 1995), paid for supporting power, not popular interests, common sense, or right over wrong.

"....the most offensive part of (Broder's) bumbling is its brainlessness." He doesn't even "get his basic facts straight....Clearly (he's) earned retirement. It's time (he stopped) doing more damage to the public debate over important issues (he's) no longer intellectually capable of tracking," not that he ever was truthfully or admirably, qualities the dominant media reject.

Taibbi: The Death Of Humor