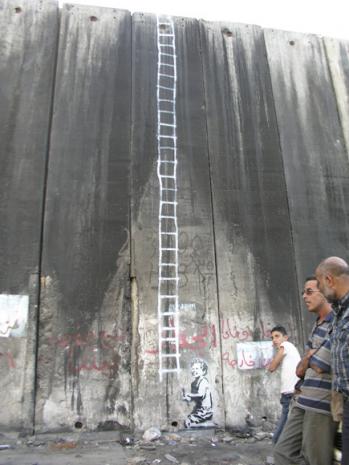 Mr. Netanyahu, tear down the wall!
Palestine Today: A Reality of Justice Denied - by Stephen Lendman

What "democracy" thrives on violence, spurns peace, and wages preemptive wars like Cast Lead. Besides America, only Israel, a global menace like its Washington paymaster/partner, together with Britain the real axis of evil.

"Yesterday, December 7,1941 - a date which will live in infamy - the United States of America was suddenly and deliberately attacked by naval and air forces of the Empire of Japan. The United States was at peace with that Nation, (and) look(ed) toward maintain(ing it) in the Pacific....I ask that the Congress declare that....a state of war has existed between the United States and the Japanese empire."

Historical analysis exposed America's real intent, its desire for war, its foreknowledge of the attack, its tracking of the Japanese fleet across the Pacific but not warning Pearl Harbor's commander to ensure surprise and public anger, and Roosevelt's imperial aims. Nonetheless, his powerful words expressed outrage about any nation attacking another preemptively, even if goaded to do it.

"It was not only a massacre of human bodies, but of the truth and of justice." Goldstone and other investigations uncovered irrefutable evidence of high crimes of war and against humanity - willful slaughter of
nonviolent men, women and children.

Moreover, Israel was guilty of committing the "supreme international crime" against peace, an Israeli and American specialty though neither's been held accountable. As a result, justice remains denied, begging for redress.

Israel's attack was merciless. "The names of the dead fill 100 pages, but nothing can fill the void they left in their families....Two years after the crime, Gaza remains a giant prison....Israel's violence (continues) like its violence against Palestinians" throughout the Territories - sustained state terrorism against nonviolent civilians. It's "the logical outcome of the racism that forms the inseparable core of Zionist ideology and practice" that claims Israel belongs exclusively to Jews, no matter how many Palestinians have to die to prove it.

Perhaps after years of trial and error, Hamas finally knows "the secret of how to bring down the Jewish state: Let the ship sink itself....One of the curses of endless war, is the tendency to become one's worst enemy," a skill Israel honed through years of practice, alienating Jews besides millions of others globally.

On December 28, Burston headlined, "Israel's government is turning into a settlement," saying:

-- denies fault for its absence;

-- allies with religious extremists at the expense of secular Israelis, the majority;

-- alienates allies and angers enemies; and

-- does anything, even at extreme internal risk, "to avoid being dislodged."

-- wants half of the 1.5 million Israeli Arabs removed, believing all represent a fifth column threat; saying they refuse to be integrated but enjoy "all the advantages of a democratic country," the same ones reserved solely for Jews;

-- calls Iranian President Mahmoud Ahmadinejad "exactly like Hitler;" says "of course" Iran will get a nuclear bomb, then will "de facto or de jure (occupy) the Gulf countries," and Israel, no matter that the Islamic Republic hasn't attacked another country in over 200 years; by comparison, Israel's entire history is bloodstained, its politics based on sustained violence;

-- calls himself "the mainstream;" and

-- achieving a peace settlement in a year is "impossible."

On that issue, he's right because Israel spurns it, choosing violence over diplomacy, democratic values and equal justice. Eventually it's self-destructive as Burston believes.

It's no surprise that Haaretz believes "Lieberman must go," a December 28 editorial calling him "an opportunistic figure competing in the guise of a diplomat for the leadership of the Israeli right wing."

An earlier article presented a profile of his ultranationalist extremism, accessed through the following link:

Haaretz believes that "If Netanyahu expects to be taken seriously....he must dismiss Lieberman immediately." Israel needs a legitimate foreign minister, not a fractious lunatic vindicating Israel's adversaries. Perhaps he should dissolve his coalition and call new elections, though shuffling the deck won't matter, given the the loyal opposition's makeup - as belligerent and hard-line as Netanyahu at a time Israel's Knesset is its most extreme ever.

Besides an array of extremist passed or proposed legislation, it sanctions racism and violence, including the December 28 attacks against Beitin village. Sandwiched between Bet El and Ofra settlements, the main road between Beitin and Ramallah is closed, forcing residents to travel 30 minutes to the city, not five by the main road.

On December 28, hundreds protested and were attacked by Israeli forces, using rubber bullets, pepper spray, and high-velocity tear gas rounds fired, from close range, directly at protestors as well as into nearby homes.

Near Jerusalem, Palestinians protesting against Israel's Separation Wall were also attacked. Nine arrests were made, including international activists and an al Quds correspondent. After release, they got several days to leave the country.

Further, protestors against occupation and separation from Al Masara and other villages were assaulted. Together with international activists, they faced sound and tear gas bombs. Sixteen year old Ali Hamdan was struck in the chest and injured. Others suffered from inhilation effects. At Ni'lin's weekly anti-Wall protest, confrontations there occurred, as well as at Nabi Saleh where one protestor was shot 13 times with rubber bullets, was seriously injured and hospitalized.

Months ago, Israel's Deputy Defense Minister Matan Vilnai warned of "a bigger shoah (genocide)" if Palestinians fired rockets in self-defense, responding to Israeli attacks. He now calls Gaza "an abscess, troublesome pus)" and gets away with it.

"What was he trying to convey," asked Hass? "That Israel needs to use radical surgery to fully remove the localized infection? Vilnai (like other Israeli hard-liners) renounced any Israeli responsibility for the volatility, placing all the blame on Hamas. 'Instead of worrying about its own people, Hamas is trying to conquer Jerusalem,' he said."

In fact, Israeli soldiers "nearly daily fir(e) on Gaza civilians, regularly wounding (or) killing them." Vilnai, however, claims "They started it, so we have the right to respond." Yet in January 1991, as GOC Southern Command, he signed an infamous military order, revoking exit permits granted years earlier. As a result, Gazans lost free movement under military closure, a policy deeply hardened today under siege.

"It was Vilnai's signature, not a persistent infection, that fated the Gaza Strip to be the world's largest and most overcrowded detention camp. And we, the Israelis, are its wardens," in violation of fundamental international law, ruthlessly spurned for over six decades.

NGO Monitor (NGOM) is a Jerusalem-based pro-Israeli front group, disseminating propaganda and hate. It debases legitimate human rights organizations, independent journalists, other advocates for truth, equity and justice, and, on Cast Lead's second anniversary, the Goldstone and other reports exposing Israeli crimes of war and against humanity against Gazans.

Calling irrefutable evidence "unsupported allegations (and) false investigations," it demanded acknowledgement of "the degree to which (they're) unsupported."

By backing Israeli lawlessness, NGOM's audacity gives chutzpah new meaning. Moreover, it's staff defile the dead and injured, wanton destruction, and human misery. They represent a frontal attack on truth, decency, and reality of 1.5 million Gazans under suffocating siege, denied life, liberty, and for many the ability to survive. Punishing repression and daily assaults are shocking crimes, begging for redress, highlighted by remembering Cast Lead's slaughter. NGOM forgets and desecrates.

1 Comments in Response to Palestine Today: A Reality of Justice Denied

[What "democracy" thrives on violence, spurns peace, and wages preemptive wars like Cast Lead. Besides America, only Israel, a global menace like its Washington paymaster/partner, together with Britain the real axis of evil.]

And the axis of good is Iran-Saudi Arabia-Syria? Or maybe Turkey-Sudan-Jordan? I'm sure with him Muslim equals good, Jewish or Christian equals bad, Marxist-atheist equals double dumbass on the others' foreheads. Talking about paymasters, who's funding his horrible inverted logic? Could it be one or more of the above foreign nations? If not, he's their most useful idiot on the Internet :)