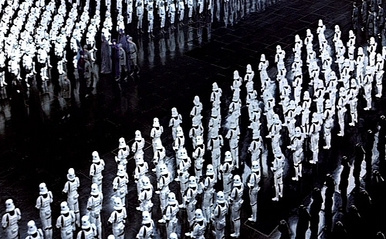 Escalated intervention keeps incrementally building toward sending combat troops against Gaddafi, French and UK leaders signaling what may, in fact, have been planned all along, perhaps including US marines. More on that below.

"We have a lot of people being trained, real professional training, that we don't talk to the world about."

Axel Poniatowski, French Parliament foreign affairs committee chairman, recommended "deploy(ing) ground troops in Libya to guide the ongoing airstrikes being carried out." Warning that operations could get bogged down, he said:

"The exclusive use of air power, as imposed on us by UN Security Council Resolution 1973, has proved its limitations in the face of targets that are mobile and hard to track. Without information from the ground, coalition planes are flying blind and increasing the risk of friendly fire incidents."

"British Army officers are being sent to Libya to advise rebels fighting (Gaddafi's) forces. The UK group will be deployed to the opposition stronghold of Benghazi (in) a mentoring role to help leaders co-ordinating attacks on (his) army."

Foreign Secretary William Hague called those sent "legitimate political interlocutors," saying, "Our officers will not be involved in training or arming the opposition's fighting forces. Nor will they be involved in the planning or execution of the NTC's military operations or in the provision of any other form of operational military advice."

Ruling out a ground invasion, he admitted that additional SAS raids were possible, complementing others along with CIA and MI 6 intelligence operatives in Libya perhaps for months ahead of planned intervention, arming, funding and training rebel insurgents.

Usually described as experts, consultants and advisors, mission creep has been evident for weeks, a process begun in fall 2010 or earlier. Moreover, on March 25, London Daily Mail writers David Williams and Tim Shipman said before bombing began "it was revealed that hundreds of British special forces troops have been deployed deep inside Libya targeting (Gaddafi's) forces - and more are on standby."

Both governments confirmed "they would join Britain in sending a small number of military liaison officers to support" Libyan insurgents, without Security Council authorization.

"We have information that certain European states are acting more and more on the side of the Libyan rebels. We request a halt to the violation of the UN Security Council resolution, especially its clause imposing an embargo on arms supplies to the conflict zones....No one has ever succeeded in extinguishing a fire with kerosene."

EU nations "plan to send up to 1,000 troops to Libya to convoy humanitarian aid," despite Russia warning about an invasion disguised as relief. Planned earlier in April, EUFOR Libya won't engage in direct combat unless attacked, said Michael Mann, spokesman EU High Representative Catherine Aston, yet expect them to have a very fluid mandate, escalating mission creep on any pretext or none at all.

In addition, US-led NATO forces may intervene to aid insurgents or engage directly in combat, according to AFRICOM General Carter Ham in early April testimony before the Senate Foreign Relations Committee, saying:

Air attacks produced stalemate, not resolution, and insurgents stand little chance of defeating Gaddafi on their own. As a result, he admitted consideration being given to direct engagement, saying his "personal view at this point would be that (it's) probably not the ideal circumstance" because of the regional reaction to another American-led land war. But he's not ruling it out, suggesting a pretext will be contrived to justify it.

According to former UK Liberal Democrat leader Menzies Campbell, PM Cameron's "words need careful interpretation." Saying '(w)e're not occupying, we're not invading,' only "implies large numbers of troops being in Libya for a substantial period of time. (Cameron's) answer could imply military assistance or support at a much lower level, designed to stiffen the resolve and improve the quality of the rebel effort."

Or it may be planned escalation toward NATO assuming full operational control, including directly engaging Gaddafi's forces.

It's well known, though unreported in America, that US and UK elements have been active on the ground for weeks, perhaps months. Ahead look for fabricated reasons to send larger numbers openly for combat, not humanitarian or other reasons, despite disclaimers to the contrary. Once there, they'll fight to replace Gaddafi with a puppet leader serving Western interests, not Libyans. As a result, Libya's Deputy Foreign Minister Khaled Kaim said:

"If there is any deployment of any armed personnel on Libyan ground, there will be fighting. The Libyan government will not take it as a humanitarian mission. It will be taken as a military mission."

University of Texas Professor Alan Kuperman agreed, saying there's no evidence he's targeting civilians. However, they're "caught in the middle. We didn't stop a bloodbath but we are prolonging and perpetuating the suffering of civilians in Libya." Other analysts agree, including former State Department official and Council on Foreign Relations president Richard Haass saying earlier in April:

"There (have) been no reports of large-scale massacres in Libya (so far), and Libyan society is not divided along a single or defining fault line. Gaddafi (sees) rebels as enemies for political reasons, not for their ethnic or tribal associations....(T)here is no evidence of which I am aware that civilians (have been) targeted on a large scale."

"We knew that if we waited one more day, Benghazi could suffer a massacre that would have reverberated across the region and stained the conscience of the world."

In fact, no humanitarian crisis existed until Washington's led NATO campaign began. According to Kuperman, "If Gaddafi were trying to massacre civilians there would be thousands killed, not a couple of hundred." Moreover, he only railed against insurgents, saying he'd show them no mercy unless they disengaged from fighting.

Comprised of academics, human rights activists, lawyers, one doctor, and independent journalists, their group, called British Civilians for Peace in Libya, expressed outrage over another imperial war by "the biggest military force in the world," Washington's-led NATO.

Moreover, they "witnessed substantial support for (Gaddafi's) government by broad sections of society." They also expressed outrage over distorted Western reporting, especially from Britain, calling it one-sided and manipulative for "failing in their duty to report the conflict truthfully." In fact, "(s)ome of the reports from Benghazi and Misurata are totally one-sided," they said.

Anyone following America's media, especially on television, can verify what Project Censored calls a "truth emergency," whether on Libya or any other important world or national issue.

Reports in The New York Times, the London Guardian, other Western broadsheets, and Al Jazeera, among others, claim Gaddafi is using munitions banned by over 100 countries, but not America or Israel freely using them in combat to cause mass casualties, even after cessation of hostilities.

Moreover, throughout the Libyan conflict, Al Jazeera has shown disturbing pro-insurgent, anti-Gaddafi bias instead of accurately reporting verifiable facts on the ground only, not speculation or willful propaganda so common in Western media.

Besides questionable accounts of cluster bombs (what Gaddafi's military categorically denies saying they have none), its April 19 report headlined, "Libya death toll 'reaches 10,000' " based solely on what insurgent leaders claim.

"Given the intensity of the conflict, it doesn't come as surprise. We have focused on areas like Misurata, where the humanitarian crisis is well documented. However, it is happening throughout Libya, the full extent of the crisis is not known and there is no real idea of" total casualties, omitting any responsibility for intense, daily US-led NATO bombing with depleted uranium munitions irradiating northern parts of the country, assuring future epidemic-level health problems everywhere these weapons are used.

Overall, Al Jazeera's Libya misreporting has been deceitful, functioning more as a propaganda arm for Washington, NATO and insurgents, indistinguishable from US and other western media, representing planned imperial destruction, pillaging, and colonization of another non-belligerent country.

Yet it was aired repeatedly, claiming it showed Yemeni Central Security forces torturing protesters. Later admitting its mistake, Al Jazeera blamed a technical error and apologized, too late to undue the damage to those blamed and its own reputation, badly tarnished by frequent misreporting on the region, despite other worthy efforts that built it as a reliable broadcaster. That now is very much in question.

It's "back in business....Benghazi to Malta was the route the human trafficking racket (took) between North Africa and Europe," exploiting millions of refugees in countries like Ethiopia, Somalia, Sudan, Kenya and others.

It was longstanding for years until "Gaddafi and (Italy's) Berlusconi sat down together and (largely shut down) the Benghazi based human trafficking mob."

So how was it reinvigorated? "(Y)ou can thank NATO," operating like in Kosovo and other Balkan countries "selling body parts" in the late 1990s.

"It is hard to imagine" that Gaddafi can now defeat co-belligerents America, UK and France. "Yet....some believe" doing so is the only way to stop human trafficking once and for all.

Mountain is the only Horn of Africa-based Western journalist. In 1987, he was also a member of the 1st US Peace Delegation to Libya.