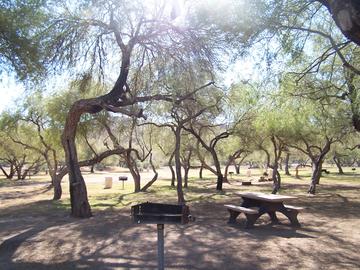 As best we know it, the shocking truth is that preventable disasters keep proliferating life destroying contamination globally. Yet news about them is suppressed, so few people everywhere are unaware how calamitously they're being harmed.

As a result, distinguished environmental researcher, Dr. Ilya Perlingieri, now warns to stay out of rain because it's likely radioactive. So is drinking water, food and air with unknown levels because governments like America and Japan won't say.

However, Norwegian Institute for Air Research static and dynamic maps show radiation contamination across the Northern Hemisphere with estimates of potential releases, increasing daily. Access them through the following link:

Minimally, the danger is extreme and worsening as Fukushima releases are expected to continue for months, perhaps years.

Reporting what little is known about Japan, Kyodo News headlined an April 21 article, "Radioactive leaks into sea were 20,000 times above limit: TEPCO," saying:

In early April, "an estimated 5,000 terabecquerels of radioactive substances," amounting to 520 tons were released over a six-day period alone. However, leakage began on March 11 and continues daily in unreported amounts. One terabecquerel = one trillion becquerels. Already, contamination levels are disastrous.

Daily news reports get worse. "Today it was that robots (indicate) radiation is so hot inside (Fukushima facilities) that workers will have a hard to impossible time (being) in certain areas," perhaps for an interminable period.

Moreover, radiation levels are rising "across the board and across continents."

Fukushima "(r)adiation is leaking every day now, both liquid into the ocean and also airborne. When you see those clouds of smoke coming out of the unit, that's not (ordinary) steam, that's radioactive steam. So, they're releasing radioactivity as an airborne, and also, probably more important right now is Unit 2. The reactor has a hole in it, and the containment has a hole in it. So they're pouring water in the top, and it's running out of the bottom. And that's what's causing all of the enormous amount of high-level radioactive waste" they can't stop.

David Rainoshek had a different view headlined, "We Are All Fukushima: An Integral Perspective on the Meanings and Promises of Disaster," accessed through the following link:

Despite an unprecedented worsening disaster, government and industry officials say "we should not be concerned." However, according to Dr. John Price, former member of Britain's National Nuclear Corporation Safety Policy Unit:

"(R)adiation leaks will continue....(It will) be 50 to 100 years before nuclear fuelrods have cooled enough to be removed," but thousands of them have already fully or partially melted.

From another perspective, Fukushima is both disaster and opportunity to finally free societies of nuclear technology because it destroys life - perhaps entirely eventually unless totally abandoned.

For the past month in Japan, unreported anti-nuclear lectures, petitions, weekend protests, and other public initiatives have rallied under slogans like "nuke free," "Oppose nuclear power," and "Sayonara nuclear power." Despite public anger, however, especially in northern Japan, efforts far beyond protests are needed across many countries to demand what's no longer acceptable - a ticking time bomb destroyer of worlds.

Fossil fuels, including oil, pose other dangers, heightening the urgency to replace them as well, especially with available safe, clean, renewable alternatives if fully implemented. On March 29, nuclear expert Karl Grossman's article headlined, "Renewables Are More Than Ready," explaining that:

Alternatives like wind, water, solar, and geothermal can easily replace destructive oil, gas, coal and nuclear, and save planet earth in the process. What's needed is mass global activism to force politicians to do what they never will otherwise.

Fukushima and America's Gulf heighten the urgency. April 20 marked the anniversary of last year's BP initial then larger explosion, igniting Deepwater Horizon's oil drilling platform that burned for more than a day before sinking and releasing thousands of barrels of oil daily into surrounding waters for months. Transocean Ltd. owned and operated the platform under contract to BP Exploration and Production Inc., a division of oil giant BP.

The disaster killed 11 workers, injured another 17, and caused America's greatest ever environmental crime, its effects ongoing disastrously for millions of Gulf residents. More on that below.

An earlier article, the first of many, explained BP's history of violations, Public Citizen's Tyson Slocum saying last May 5 that it has "the worst safety and environmental record of any oil company operating in America." BP, in fact, is a serial scofflaw, the worst of Big Oil's bad bunch.

Nonetheless, it's earned billions while assessed pocket change fines, penalties and settlements for a company its size. Despite its history of repeated violations, it's allowed to conduct business as usual because effective crackdowns aren't imposed in an environment of regulatory laxity.

In fact, nothing to date has changed because government complicity lets the most hazardous practices continue, mindless of public safety and health, as well as environmental sanity, protecting what's too precious to destroy. But it's happening in real time in public view.

Another previous article explained Dr. Tom Termotto's report titled, "The Gulf of Mexico is Dying." Based on seven months of research and analysis, he produced a compelling body of evidence, including photo-documentaries, portraying the Gulf's true state - what BP, Washington, and major media reports to this day suppress.

"BP('s) narrative is nothing but a corporate-created illusion - a web of fabrication spun in collaboration with the US Federal Government and (complicit) Mainstream Media. Big Oil, as well as the Military-Industrial Complex, have aided and abetted this whole scheme and info blackout because the very future of the Oil & Gas Industry is at stake, as is the future of the US empire," dependent on vast amounts of energy, mainly oil, and will take any risks to get it.

Moreover, once oil penetrates shallow fault areas, an uncontrollable situation exists, information again suppressed because revealing it might jeopardize future oil and gas exploration. As a result, coverup protects it, no matter the extreme geological, environmental and human hazards.

Not only is America's Gulf dying, but all planetary waters are interconnected and potentially at risk, meaning the entire global ecosystem and humanity are endangered, as well as animal and vegetable life. However, not only do regulatory-free hazardous practices continue, but no one's been held accountable for America's greatest ever environmental crime because on-the-take politicians conspire to prevent it.

On April 20, New York Times writer Campbell Robertson headlined, "Beyond the Oil Spill, the Tragedy of an Ailing Gulf," saying:

A year later, "southern Louisiana sinks steadily into the sea," with scant mention of the enormity of destruction to the entire Gulf, its coastal wetlands, the catastrophic loss of sea life, as well as millions of grievously harmed residents, getting sick and not compensated for illnesses and lost livelihoods.

"Dolphins and sea turtles (are) canaries in the coal mine in the Gulf since they (top) the food chain and directly reflect" their entire ecosystem's health. Obtained evidence suggests a worsening prognosis, documented by enormous, continuing fish kills as well as hazardous contamination making nothing in Gulf waters safe to eat. and coastal areas hazardous for residents.

They stonewalled him. "The medical community has shut this down....This is the biggest public health crisis from a chemical poisoning in the history of this country. We are going to have thousands of people who are extremely sick, and if they aren't (properly) treated," many will die.

Yet Washington and state authorities don't give a damn, anymore than about the hazardous radiation contaminating large parts of the country. Combined, Fukusima and Gulf poisons may kill unimaginable numbers from preventable carcinogenic illnesses in America alone.

Only years from now we'll know how many and the entire ecosystem toll. However, it won't compensate for enormous pain and suffering in the meantime or for official complicity in letting hazardous practices continue, as well as subsidizing dangerous technologies instead of mandating safe alternatives.

On March 20, the Coast Guard confirmed it. The Louisiana Times-Picayune called it "potentially massive," about 20 miles north of the Deepwater Horizon explosion. In fact, large and smaller spills happen regularly in Gulf and other waters globally, adding to contamination levels too hazardous any longer to tolerate when safe alternatives are so readily available.

This country belongs to the people, not to public servants who were elected

to do the bidding of the people, for the people.  Send BP packing and allow

them not to destroy our once pristine country.  Demand that BP pay-up for

the holocaust they knowingly brought to the Gulf.  The people are being

shanghaied by a bunch of amoral capitalist's hyenas.